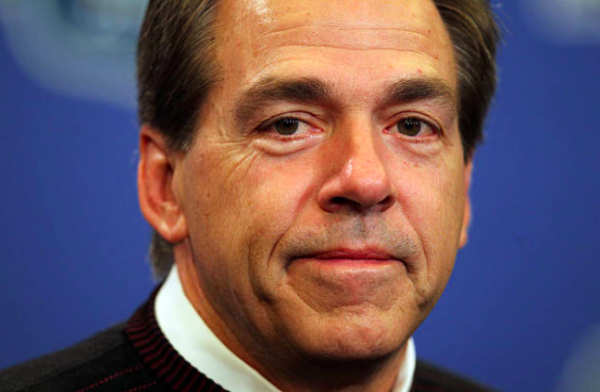 Unlike the 2016 Presidential Election, Jones’ margin of victory was less than the total number of write-ins — 20,715 to 22,819 — we’ll actually find out who received all those votes according to Alabama state law. The law states that write-in votes are only actually counted if the final margin of victory is less than the total number of write-in votes. We’ll find out the exact number in a few weeks, but we can be certain that Saban didn’t come in third; not even close.

Counting these write-ins will show just how shallow the sports media presenting this idea are, trying to garner attention and build their brands by piggybacking on national media attention around the special election.

Sure, the sports world would erupt if Alabama’s highest paid public employee, Nick Saban, actually turned this election. But media outlets and personalities like Sports Illustrated, SB Nation, Clay Travis (Outkick the Coverage), and others are kidding themselves and misleading their audiences about where these write-in votes are really going, which is detrimental to our election process in the long run.

There will be a 9k vote margin in the Alabama senate race with 22k write in votes. What are the odds Nick Saban write ins swung the election? Could happen.

Alabama coach Nick Saban’s contract does NOT give him a bonus based on the number of write-in votes he gets in a U.S. Senate election.

First of all, no true Crimson Tide fan wants Saban in the Senate. Do they think he’d do a great job? Absolutely. But where would that leave their football program? It’s sad to think about, but almost none of them would trade their prized head coach for a competent United States Senator, even if it meant defeating Roy Moore and the horse he rode in on.

Now that we’ve gotten that out of the way — unless we missed some brilliant campaign spearheaded by Auburn University — there were three candidates who ran legitimate write-in campaigns, each who certainly received more votes than Saban: Ron Bishop, Arlester McBride, and Lee Busby all had small campaigns on the ground in Alabama. Hats off to them for their efforts.

Let’s stop making light of these kinds of write-in and third-party efforts for cheap laughs and attention. Instead of recognizing the people who actually got those votes, the masses will only be disappointed they didn’t go to Nick Saban, as they’ve been led to believe by so many in sports media.

Raising the profiles of these types of candidates can legitimately help depolarize our legislative branch and would absolutely have prevented last year’s Hillary Clinton/Donald Trump debacle. Going back further, if this process started immediately after the 2000 Presidential Election, we’d already have more than two viable parties.

Did Ralph Nader, Pat Buchanan, and Bernie Sanders’ platforms just disappear? Of course not. These types of candidates fail to secure campaign funding they need to impact our elections because media members don’t take them seriously. They’d rather be making Nick Saban jokes.