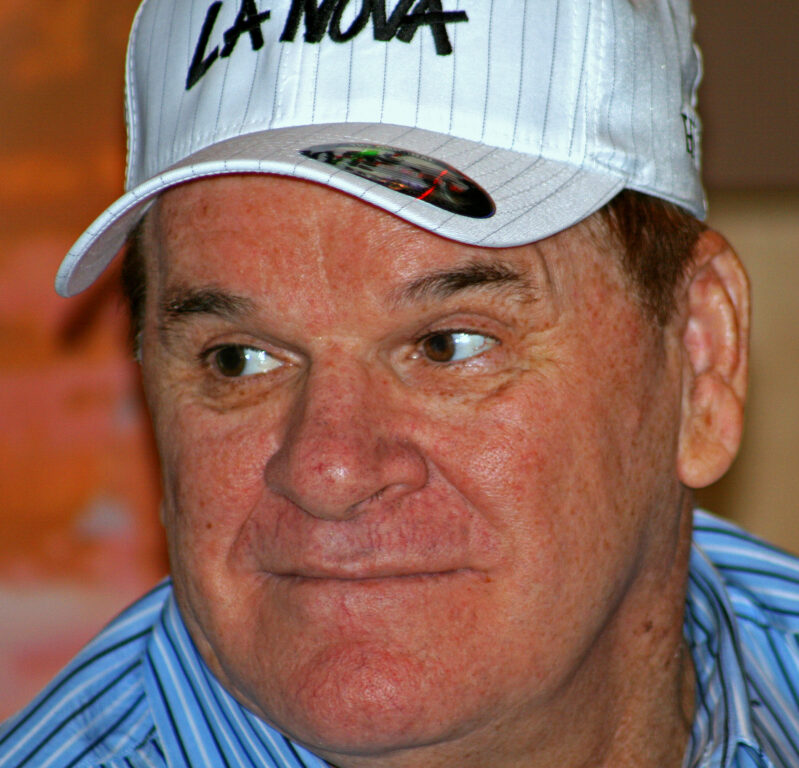 The innate ability to put the bat on the ball helped define a Hall of Fame worthy career, but that all went by the wayside when the gambling came to light. For those who don’t know the story of Peter Edward Rose Sr., then you don’t know one of the true tragedies in the world of sport.

Out of the 310 individuals that have been enshrined within the walls of Cooperstown, New York, arguably the most deserving and probably one of the few players that could have been a unanimous selection is serving a lifetime ban for betting on the game of baseball. Statistically speaking, he is the best hitter to ever play the game.

During his time as a player and a manager, Pete Rose was known for being an avid bettor. There were, however, rumors that he had taken his passion for gambling to a whole new level when he merged it with his love for baseball. For the majority of his time in the majors, Pete was recorded to have placed bets of as much as $20,000 on his team or other teams in the league to win their respective game.

The alleged betting prompted the commissioner of baseball to call for an investigation of Pete Rose, with the help of the IRS, to look at his gambling background. This lead to the discovery of the dark past that would strip away everything from Pete Rose. On August 23, 1989, commissioner A. Bartlett Giamatti held a press conference to announce the verdict on the investigation, and ultimately announced the end of Pete Rose’s baseball life,

There is little argument that Rose should have received a punishment for the acts he committed, but he also deserved some recognition for his great success as a player. To have his name, along with his impact, be wiped from the game for a lifetime seems too harsh a punishment for this crime. At the core, the act does impede the integrity of the game, but that should not impact the accolades he holds as a player.

Rose spent 24 years playing professional baseball, and compiled 3 world titles, 3 batting titles, 1 MVP award, 2 Gold Glove awards, the 1963 NL Rookie of the Year, and was named to 17 all-star games. He currently holds 12 MLB records, and achieved a multitude of other impressive feats such as a 44 game hitting streak and 745 consecutive games played.

There is no arguing that Peter Edward Rose was one of the greatest players to ever compete on a baseball diamond, but his punishment has taken away his ability to become recognized as such. Yes, I agree that he should have been punished for his egregious acts against the game, but I believe that he deserves the recognition that baseball has yet to provide him. He should be inducted into the Hall of Fame, or at least given a small gesture to commemorate him, but he hasn’t been given that luxury.

The quest for salvation has ended. Today, Pete Rose’s baseball life was finally laid to rest, not in the sanctuary it arguably belongs in but in a much darker place. The verdict handed down by commissioner Rob Manfred upheld the lifetime ban on one of baseball’s greatest ever. This comes as little surprise to anyone, considering the countless missteps by Rose over the years. After more than 26 years, his battle to return to the game he so loved has been denied.