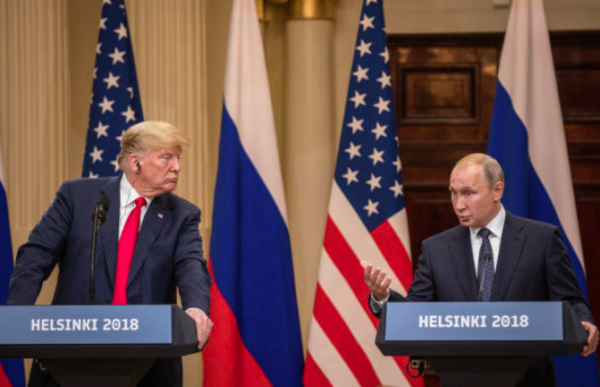 What good is a political column these days?

I am about to find out.

I’m not doing this for money — if I expected money, I would try to submit freelance essays to high-end publications. I am aware that income is not likely to be part of this project at Sports and Politics. However, I appreciate that S & P and other sites offer a platform and a chance to make one’s voice heard.

It’s a good time to articulate one’s larger voice and deeper thoughts about politics. The 2018 elections are coming ever closer. The summer is nearly halfway over, which means autumn is right around the corner, which means midterms… and once the midterms are done, the jockeying for the Democratic nomination will be not too far away. Presidential campaigns now begin, in earnest, in the spring of the year BEFORE the actual election. Purely in terms of national interest, this is a great time to write about politics.

One of the things I have learned about writing commentary, analysis and opinion for a larger audience (as I have done with college sports and professional tennis for many years) is that one cannot satisfy every group of people. One cannot write or speak in ways that will make every political coalition happy. One cannot set out to be an opinion-based writer and tell people only what they WANT to hear. That can work in certain situations, chiefly when the thing people want to hear is also the thing they NEED to hear… but if needs and wants are different, the responsible commentator will focus on what the audience NEEDS.

Naturally, a writer shouldn’t go out of his or her way to insult or attack an audience, and just as naturally, a writer should try to seek common ground with an audience when possible or reasonable. Yet, the complexity of life and the reality that we all come from different vantage points means that disagreement will be part of the process — and reality — of writers speaking to readers (and readers replying to writers). If you’re looking for a column which will agree with your views all the time, this column most assuredly won’t be it… but I would state that if “agreement” is your first priority, your most desirable quality, in a political column or any kind of written commentary, chances are you’re not interested in critical thinking. You just want an echo chamber and a forum in which others will validate all your views.

With that preamble done, let’s dive into this first column at Sports and Politics.

I am not a fan of Donald Trump…  and I am not a fan of the establishment Democratic Party. I am Catholic… and a Democratic Socialist (not in terms of formal party registration, but in terms of worldview). I am hardly a mainstream political thinker. I definitely don’t represent a swing voter or a particularly large political coalition — not when the totality of my views is taken into consideration.

To a certain extent, announcing my basic views and affiliations will make you — or any other reader — arrive at conclusions about my politics. That’s unavoidable. I would only ask that you formulate questions about the things I believe, or the things I ask you to consider, before insisting you know what my intent is, or what my larger goals are. One can hold a set of policy positions and still think that opponents are reasonable and have something to say. One can be an ardent advocate of a given worldview and still think competing ideologies or parties are not enemies which need to be crushed.

With that in mind, here is something to consider about politics in the age of Donald Trump, related to some recent news, from Monday, July 16, 2018.

Naturally, the internet and social media are devouring content related to Trump’s summit with Russian President Vladimir Putin. Looking at Twitter for much of the day, I have noticed a lot of lefties and Democrats exclaiming how this is a supremely low and/or dark moment for the American presidency. Either directly or in hinted, suggested ways, I get the distinct impression that a lot of liberals or Democrats think this is the most profound low point for Trump as POTUS.

Briefly, let me say something about that: Don’t persist in that belief if you either have it or have given it consideration in your mind.

However… can we step back and realize what is truly awful and what is merely unprofessional? Can we differentiate deeply devastating actions from unskilled and optically embarrassing foreign policy?

Kids being in cages and asylum seekers being separated from their children? That’s truly devastating. Helping the Saudis continuing to lay waste to Yemen? That’s supremely destructive. The gutting of the EPA — not to the point of relaxing various environmental regulations (a point on which conservatives and liberals will disagree), but of abandoning virtually all oversight actions and functions on a basic level — is a lot more harmful than this business with Russia. Continued unresponsiveness to Puerto Rico and Puerto Ricans in the aftermath of Hurricane Maria? That’s enormously and negatively influential on lots of human lives hanging in the balance.

This doesn’t mean Putin is a good political actor. This doesn’t mean Russia has noble goals or visions for the United States or the world. This doesn’t mean anything going on with Putin is advancing positive missions or causes. This merely means that the thorny thicket of statecraft — while definitely in need of being taken seriously — is not destroying lives the way so many other Trump actions (or inactions) are.

If you are a liberal and/or a Democrat, gain some perspective. It helps in this day and age… and any other point in human history.