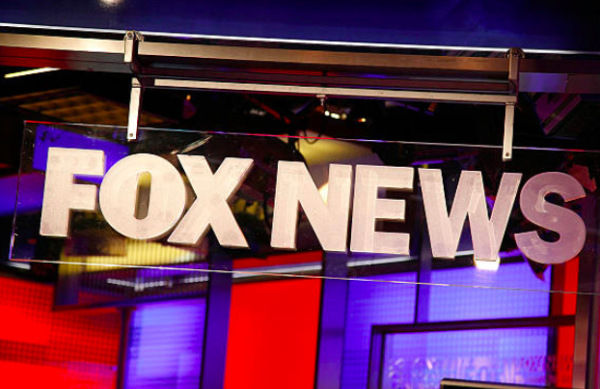 For five weeks straight, University of Iowa student Mollie Tibbetts caught the attention of just about everyone. Her bright smile displayed on practically every newscast and newspaper, 20-year-old Tibbetts made those of every faith pray for her. Tibbetts was last seen jogging on July 18 in her quaint hometown of Brooklyn, Iowa, and over five weeks later, police found her body in a field covered with corn stalks on August 21.

Authorities arrested a suspect in this case, Christian Rivera, who confessed to murdering Tibbetts and led police to her body. Rivera is an illegal immigrant, which caused a debate to reignite over whether or not border security is strong enough and how many immigrants should be let into America. But this immigration debate morphed into something more; Tibbetts’ murder transformed into what some see as a fear-mongering campaign against immigrants and those coming across the border illegally.

On August 31, Donald Trump Jr. wrote an op-ed in the Des Moines Register critiquing the reaction by Democrats to her murder as “heartless” and “despicable.” Some saw the op-ed as pushing an anti-immigration agenda and said democrats are “more concerned with protecting their radical open-borders agenda than the lives of innocent Americans.” One day later, Mollie’s father, Rob Tibbetts, wrote his own column for the newspaper and fired back at those using his daughter’s murder for political gain.

Tibbetts addressed the politicization of his daughter’s murder and urged people to stop using a political rhetoric when speaking about her death. “I encourage the debate on immigration; there is great merit in its reasonable outcome,” he said. “But do not appropriate Mollie’s soul in advancing views she believed were profoundly racist.” Tibbetts said he received robocalls from white supremacists after her murder, calling his family “traitors to her race” and claimed that if she were brought back to life, she would “kill all immigrants.” “It was everything that’s dark and wrong in America right now,” Tibbetts said about that call.

President Donald Trump and Fox News are accused of using this tragedy for political gain by pushing what some see as an anti-immigration agenda and stoking fear in Americans over Rivera’s illegal immigrant status. But some in Tibbetts’ family aren’t too happy with the coverage of her murder and worry her story is being molded into a political device against immigrants.

As he’s proven time and time again, President Trump has a strong ability to connect with his supporters and dissenters. No matter what you think of him, you have to admit he has a way with firing up his fanbase and even his detractors. As he conveys his agenda during boisterous, unfiltered campaign rallies, Trump understands how to grab people’s attention. But Trump’s recent campaign events have featured controversial critiques of immigration, specifically connected to Tibbetts’ murder.

On August 22, Trump posted a video on Twitter condemning immigrants and targeting Democrats over immigration policy. “A person came in from Mexico, illegally, and killed her,” he said. “We need the wall. We need our immigration laws changed, we need Republicans to do it because Democrats aren’t going to do it.” Many Republican politicians have followed suit and some accuse them of using her death as a political platform.

Following the news of her murder, Iowa Governor Kim Reynolds said on Twitter, “We are angry that a broken immigration system allowed a predator like this to live in our community.” Senators Chuck Grassley and Joni Ernst said in their joint statement, “Too many Iowans have been lost at the hands of criminals who broke our immigration laws. We cannot allow these tragedies to continue.” Trump stoked the flames of what’s become a heated debate between Republicans and Democrats over immigration and its connection to Tibbetts’ murder, and TV networks such as Fox News are continuing to do so.

During a day in which our president’s former campaign chair and former personal lawyer both received indictments on felony charges, Fox News searched desperately for a story they could cover that didn’t have anything to do with Trump. They found it in the murder of Tibbetts and ratcheted up the fear of immigrant crime, featuring the story during their entire evening schedule from 5 pm to midnight. The coverage of her death spiked dramatically on the cable channel once authorities linked an undocumented immigrant to the case.

During the Fox News program “The Five” on August 21, co-host Dana Perino said that Americans aren’t interested in the convictions of Trump’s former associates, and what they really care about is Rivera’s immigration status. Co-host Greg Gutfeld agreed, saying “In terms of what is important, I think no one at the Trump rally tonight will give a damn about Manafort or Cohen, but this will probably be fresh in their minds.” Before Trump’s rally in West Virginia that evening, host Bret Baier and guest David Wohl both agreed that the topic of Tibbetts and immigration is the number one story — not the charges against Manafort and Cohen.

Following his rally, Fox News began its segments on Tibbetts with clips of Trump’s speech that night and continued to discuss Rivera’s undocumented status and the development of the case. The network have praised Trump’s actions throughout his presidency so far, from the administration’s tax law plan to his plan to meet with North Korea Dictator Kim Jong Un. The coverage of Rivera’s immigrant status by Trump and Fox News has angered members of the Tibbetts family and they’re speaking out against it.

Billie Jo Calderwood, her aunt, wrote on Facebook to, “Please remember, evil comes in EVERY color.” Samantha Lucas, Tibbetts’ second cousin, told the Huffington Post. “I know enough about Mollie to know her political standings and that she would not want this to be used as fuel against undocumented immigrants.”

Friends of Tibbetts have spoken out against this politicalization as well. Kasie Schultz Taylor, a close friend of Tibbetts, posted on Facebook, saying, “Please do not compound the atrocity of what happened to her by adding racism and hate to the equation.” Annie Zeimis, another friend, told Oxygen.com Tibbetts would “want us to focus on getting justice for her regardless of the murderer’s color, immigration status, etc.”

Some within the media are addressing and criticizing the politicization of her murder, including Fox News’ own Geraldo Rivera who said, “We, at this network are putting that spin on this story.” “This is a murder story. It’s not an immigration story,” he added. “I’m begging you to have compassion and not brand this entire population by the deeds of this one person.” CNN’s Chris Cuomo got into a heated exchange with White House counselor Kellyanne Conway, accusing the Trump administration of “hijacking grief” and saying, “You’re not letting her soul rest. You’re waving her like a flag.”

The debate rages on among Democrats and Republicans over whether or not our immigration laws are strong enough and how the government should handle the flow of illegal immigrants into the United States.