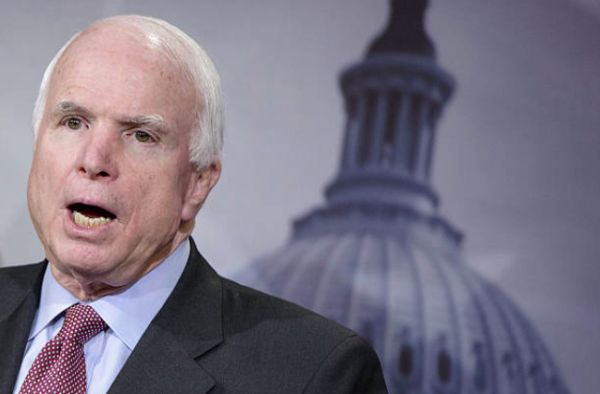 It was also, in my mind, unwise to say anything beyond something brief, mild, and uncontroversial.

In the immediate aftermath of a death of an important yet complicated public figure, the rush to establish a legacy or identity is fierce and pronounced. Even on MSNBC, the supposed “liberal” cable news network in the United States, a slickly-produced “Thank You” note appeared on weekday programming, plainly linking the network with a view of the person it was covering.

I am not here to litigate the legacy and career of John McCain. The purpose of this column — after a three-week break caused by the United States Open tennis tournament, which I covered for a website — is to establish how we should talk about significant men and women in the political arena when they die.

In the coming years, we will witness the deaths of George Herbert Walker Bush, Jimmy Carter, and Henry Kissinger, among others. How should we process when these and other influential people leave public life through the ultimate — and eternal — portal? It seems like an important question for a mature society to contemplate and wrestle with.

I would like to offer a few basic pointers.

This should be obvious, but in an American media ecosystem now dominated by ideological programming, the idea of simply opening up the book of a person’s life and calmly noting what John McCain did in politics and military service — regardless of whether it flattered him or made him look bad — is a foreign concept.

When future generations study our time — much as we studied the Civil War, or the Great Depression, or World War II when we were kids — they will want to know why public figures did what they did. They will want to know about their successes, their failures, their complexities, and their toughest decisions.

Media outlets should dissect John McCain’s decades in public service — not to shame and not to praise, but to merely give viewers a full account of his life as it was, not as any ideological viewpoint might want it to be. Young people deserve the truth of a person’s life — not hatefulness, but not apologia, not harshness, but also not hagiography.

Lives are complicated. Media outlets should be devoted to exploring a politician’s complexities in his moment of death, not to painting a portrait as the cable news networks did.

What the media does obviously harms citizens’ efforts to sift through the mythmaking (or the knee-jerk eviscerations). Yet, how should citizens try to process the life of John McCain or the other politicians who will soon die?