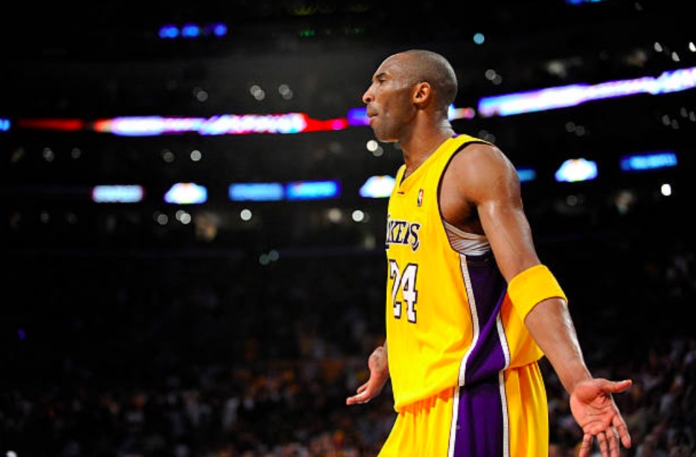 First, let me just say that as a sports fan, I am all in on celebrating the greatness of Kobe Bryant, just like anybody else. I don’t know any honest sports fan who will look at Kobe’s career and say, “Eh, I think Langston Galloway is better.” BUT we can walk and chew gum at the same time. I loved watching Kobe throughout his career; he’s a top ten NBA player of all time, and I have utmost respect for him as a basketball player. BUT, in some circles, Kobe Bryant is overrated. Let me explain.

Kobe Bryant is often compared to the likes of numerous top five players such as LeBron James, Magic Johnson, Michael Jordan, and Kareem Abdul-Jabbar, all of whom are indisputably top five all time greats. As great as Kobe was, he doesn’t square up against any of these aforementioned players in terms of their greatness. I have Kobe as number eight on my list, and for the record, that’s a generous ranking; he should arguably be nine or ten on the list.

First, Kobe didn’t do anything better than LeBron or Jordan. When it comes to scoring, assists, rebounds, and defense, Jordan and LeBron beat Kobe in all of these categories. I guess you can make the case he was a better scorer than Magic, but Kobe just took more shots while Magic was more efficient. Despite this, Magic’s overall skillset and finals appearances dwarfs Kobe’s.

“What about the rings?” What about them? Kobe was a sidekick in three of those rings; he only led the team to two of those rings. At least LeBron has indisputably been the best player on the court for six finals appearances in a row. I know I know “What about LeBron in 2011!?” That same season, Kobe had an even bigger clunker in the Western Conference Finals against the Mavericks. Besides, the same type of saga can be told about Kobe in the 2004 finals.

Why does Kobe have a fan base?

Kobe is more marketable relative to his skillset than any other athlete of all time. As a fan of the NBA, what I often notice is that there are three players who have their own fan-bases, LeBron, Jordan …and… Kobe. I’m not here to judge who deserves a fan-base and who doesn’t, but the fact that Kobe has a fan-base, but guys such as Magic, Bird, Kareem, Olajuwon, and Tim Duncan don’t, is NBA bananaland. If these aforementioned NBA greats had fan-bases I would understand Kobe enjoying his own fan-bases, but how do you skip over all-time greats, some of whom are objectively better than Kobe Bryant? This never made sense to me from a basketball perspective.

Ultimately, this all comes down to the marketability of Kobe. He was fun to watch, he was flashy, and made the highlight reel more often than most NBA greats, which often inflates the perception of his greatness.

Kobe is a lot like Iverson, both wildly misunderstood

Iverson enjoyed minimal playoff success outside of that one run to the finals in 2001. His scoring numbers were high, but they were inflated because he was trigger happy, like Russell Westbrook trigger happy, that series.

When Iverson is compared to Malone, it’s not even a conversation. Here’s what Malone did that Iverson didn’t: he made the playoffs every year of his career for 19 seasons, he has three finals appearances (although I’ll admit he had almost nothing to do with the finals run with the Lakers) and led his team past the second round five times. Iverson, on the other hand, only made the playoffs for eight years of his 14-year career with one finals appearance. Furthermore, seven out of eight of those playoff runs didn’t pass two rounds, four of which were first round exits. Let’s put it this way: if I told you that a guy in his 14-year career only made it past the first round of the playoffs four times, would he sound like a contender for the best player to never win a ring? Yet, due to his marketability, Iverson is often a part of the conversation as the best to “never win a ring.” Check that, he’s just the most marketable to never win a ring.