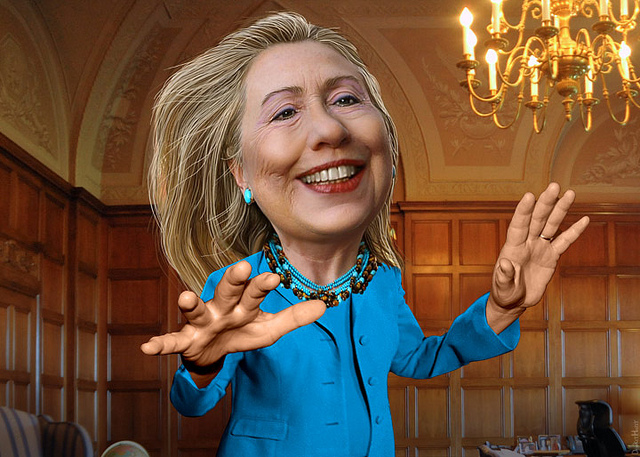 Hillary’s attack on Sanders was a long time coming as Mrs. Clinton’s early advantage in the race has been eroded by Sanders growing popularity which has forced Clinton to dig into her playbook.

Clinton hit on Sanders integrity by painting him as the opposition. Clinton claimed that Sanders wants to recreate the United States universal healthcare and enforce tax increases. Clinton said this would play into the hands of Republicans who seek to repeal the Affordable Care Act.

“We’ve accomplished so much already. I don’t want to see the Republicans repeal it.”

Sanders called Clinton’s claims “nonsense” and that his Medicare for all plan would allow healthcare as a right not a privilege. His rhetoric never extended to recreating the whole system.

Hillary Clinton wasn’t satisfied though as she never is. Clinton continued her attack on the Senator by saying:

“You know, I have to say I’m not sure we’re talking about the plan you just introduced tonight or the plan you introduced nine times in the Congress. To tear it up and start over again, pushing our country back into that kind of a contentious debate, I think is the wrong direction.”

Sanders however never proposed to tear up healthcare legislation.

Hillary Clinton wasn’t the only one on the attack as Bernie Sanders touched on what has been Clinton’s most sour subject; Wall Street.

Gun control, another looming issue came early as Hillary Clinton attacked Bernie Sanders for being opposed to certain gun control measures, including one that she says allowed the Charleston shooting to occur.

Clinton bolstered her attack by calling out Sanders for voting for the Protection of Lawful Commerce in Arms Act (PLCAA) in 2005.

Sanders digressed and while he supported most of the gun controls measures that have been proposed; the theme that mom and pop gun stores deserve to be punished if one of their legally sold guns is used to kill someone is preposterous.

Clinton’s attacks are by far the biggest strategic shift in her campaign as the Iowa Caucuses are merely weeks away. But as polls have tightened, Clinton’s attacks on Donald Trump have dissipated as her focus on painting Sanders as an inexperienced leader has increased.

Sanders has criticized Clinton as being “an establishment politician invested in America’s rigged economic and political system” as the New York Times said.

Finally, if Hillary seeks to get the nomination, she must prove that she can get the under 30 vote from liberals. She must also prove that she isn’t a double standard even though she is hosting a Wall Street fundraiser only days before the Iowa Caucuses.