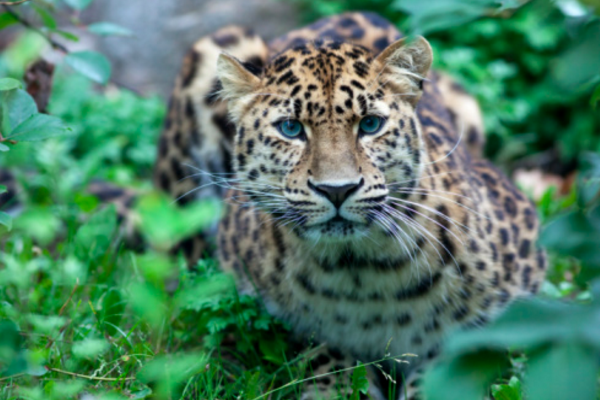 This is a series that will be dedicated to raising awareness about the rapid decline of the earth’s flora and fauna. Each issue will take a close look at a specific species of plant or animal. Dissecting the issues affecting the species, conservation efforts, obstacles conservationists are trying to overcome, and how successful these efforts have been. The world is a beautiful and diverse place. However, humans are going to destroy that diversity. The International Union for Conservation of Nature (IUCN) estimates 46% of the world’s species are threatened, endangered, or already extinct. The human race must act quickly and decisively if they are to reverse the terrible destruction that has occurred to the planet.

When you think of leopards, you think of hot savannah sun, surrounded by long grass, stalking a gazelle. But that is not the only picture that should come to mind. The Amur Leopard is the rarest of all the “big cats” and it prefers the ice cold forests of north-east Russia to the hot savannah of Africa. The Amur leopard is one of the apex predators of Russia; a solitary animal, it survives mostly on Manchurian Wapiti (a type of dear), moose, and wild pig. Weighing up to 105 pounds, the nimble cat is one of the most graceful and beautiful creatures in the world. But because of poaching, habitat loss, small biological diversity, and competition for food they are now on the brink of extinction.

The Amur Leopard has a thick spotted coat that will grow up to 7 cm long. The thickness and warmth provided by the fur has given it royalty status on the black market, specifically to those in China. Most of the leopards live on The Land of the Leopard National Park on the Russia-China border. This area has very low employment numbers and therefore the risk of poaching increases with the poverty. The two-year prison sentence is apparently worth the risk for many Russian poachers. This poaching continues despite the park being guarded by armed Russian soldiers and all hunting on the park being strictly forbidden.

Because of the frigid temperature, wild game is generally scarce during the winter time. The lack of food has become the main enemy of these majestic cats. This situation is only being worsened by the fact that the leopards also have to contend with the much larger Amur Tiger population, as they share a habitat. While in the past both species were separate, deforestation has forced their habitats to now overlap with one another. In the harsh Russian winters, there is fierce competition for food, a competition that the 600-pound tiger will most likely win.

The level of genetic diversity is incredibly low in this leopard’s population. This can cause genetic degradation through inbreeding. Sadly, a number of leopards have already been found to have significant heart diseases and other related genetic medical issues. Scientists are working on reintroducing some of the 130 captive Amur Leopards to help promote genetic diversity.

Another problem, apart from hunting and competition for food, was that the leopard’s habitat lay on top of one of Russia’s biggest highways that connect Russia to China. This road has been the culprit of a number of dead Amur leopards in recent years. The Russian government took action, manufacturing the Narvinsky Tunnel–a 1km tunnel in the part of the highway that passes through the national park. which allows the big cats to roam freely without getting hit by vehicles. It is the first tunnel built in Russia for an ecological reason. These protection techniques seem to have worked wonders in the last ten years. The leopard population has more than doubled since 2007.

While that statistic sounds impressive, and it is, the increase is only from about 30 leopards to now 70 living in the wild. This small gene pool poses another, biological obstacle. Unfortunately, it might already be too late for the Amur leopard. Signs of inbreeding are already prevalent among the wild population, and while there has been incredible progress made, the species is still on the brink of extinction. Only time will tell if this noble northern cat will continue to survive.