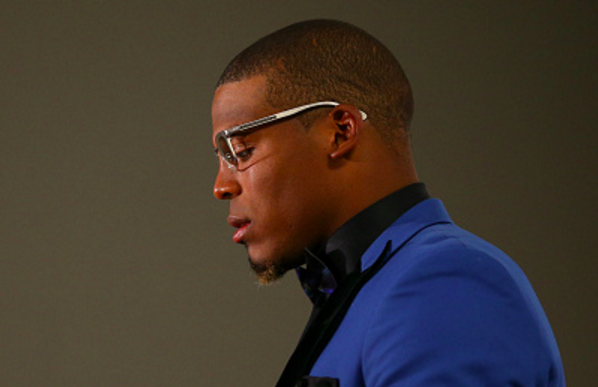 While the city of Charlotte literally burns around him, Cam Newton has made his voice heard. In Thursday’s press conference, Newton didn’t talk about their upcoming game against the Vikings, but the chaotic riots taking place in Charlotte. While the Black Lives Matter movement continues to grow, Newton has started to preach personal accountability from all races, and Newton is absolutely right. Listen to what the Panther’s quarterback has to say to the press, who has previously bombarded Newton with ridicule in the past. However, despite the past criticism directed toward Newton, the Panthers’ quarterback respectively mentioned that he did not know all of the facts regarding the shooting in Charlotte, but that he did want to get his message of accountability and unity across to whomever will listen.

Cam Newton went along to say:

“It’s embarrassing for things to just keep happening (in reference to recent shootings and violence). My big thing is holding people accountable. You know, no matter what the race is, no matter what the gender is, or no matter what the age is, we all have to hold people accountable. I know from being a black person, there’s a lot of black people that don’t do right to black people. So you can’t be a hypocrite and just say, ‘oh well a white man or a white police officer killed a black man.’ Nah, that’s still messed up. I’m not sitting up here saying it’s okay, I’m just saying that we still have to have a clear-eye vision on both sides. And it starts with everybody holding each other accountable and policing yourselves.”

Cam Newton absolutely nailed it. I mean, as an athlete, can he be more eloquent? Can he be more justifiable?  The police officers who kill innocent civilians should be punished, no doubt about it. And the civilians who refuse to listen to police officers, and pull weapons on them, should also be held accountable. One of the most common misconceptions in our country today is that police officers are bad people, and people of color should be scared of them. That is completely untrue. Officers of the law should be our friends, not feared authority figures, because at the end of the day, nobody protects more lives in this country than police officers.

On such a huge platform, in front of a noticeably sensitive audience, Newton was about as authentic as an athlete can be when talking about an issue that is so complex and emotionally fragile. I would like to give credit where credit is due, and I would like to say that I agree with Newton 100 percent. I think his message of accountability is spot on, and I support his notion to openly diminish the belief that this social rights issue is one race’s fault. If we can go back to Newton’s comments, he said, “there’s a lot of black people that don’t do right to black people.” This is something that is very real, but these kinds of comments tend to be looked over, due to the fact that all we want to talk about is how black lives are being taken by police officers. This is hard for Newton, as he mentioned earlier this year, when asked about a social rights issue, he said, “It’s a lose-lose situation.” Some have even said when he doesn’t specifically support Black Lives Matter, that he is “less black,” which is technically racist. Again, I am glad Newton stood up for what he believes, especially knowing the pressure he has to deal with.

I can’t understand why the media consistently promotes the movement of Black Lives Matter when it continues to demote unity in our country. And in a way, it has promoted the misconception of fear toward police officials. The media is spreading the message that cops are dangerous, and they pose as a threat to people of color, which is very wrong. Again, nobody saves more lives in this country than cops. So why is it that Black Lives Matter enthusiasts, along with a huge chunk of the media, only come out when a cop shoots a black man? The media loves to handle these issues like they are a commonplace reality that needs to be stopped immediately, when the media is consistently blowing reality out of proportion. It’s extremely rare for a police officer to shoot someone of color. It’s even incredibly rare for a police officer to shoot anyone in general. And not to mention, the vast majority of people that are shot by cops are armed and trying to put the cops in danger.

Last year, 990 people were shot by police officers. Only 27 percent of them were black. Now you can say that blacks make up a smaller proportion of our population and have a higher chance of being shot, but if you look at violent crime rights, that’s not true. Black people commit over half the murders in this country. So if you look at violent crime rates, black people are actually less likely to get shot. Now understand this, I am against death, obviously. I hate it when people of any race die, but emotions can’t govern the way we act in this country, especially to this degree. When emotion leeds to violent protests, they ultimately risks the lives of others, and that’s a problem.

Look at the stats. 93% of all black murders are committed by black people. And only about 4% of black murders are committed by white people. So why is it okay for people to be shot and killed everyday across our country, but when a white cop shoots a black man, violent riots swarm our country? And this is basically what Cam Newton is saying. Hold people accountable. Black people don’t always treat black people the right way. White people don’t always treat black people the right way either. But I feel like in today’s society of pro-activism, we have a tendency to build barriers between ourselves, rather than come together. We fail to notice that the reality is not just one group of people who are in the wrong, it’s people of all races, genders, ages, etc. It disappoints me that these violent political issues are being brought into the world of sports. Sports are suppose to be where we can all come together as a country. Whether you are a mailman or a doctor. Whether your IQ is 160 or 80. Sports have always been a place where we can come together in a comfortable manner and escape all the stress in our lives. However, I have a feeling that we are going away from this reality.

Now, for the people who say that a white person will never know what it’s like to be black, they’re right. But one is also right when they say that someone who isn’t a cop, will not know what it’s like to be a cop. This is why I go back to facts, not feelings. Feelings do not always stem from reality, but often emotion that creates flawed generalities and fallacies. All I’m asking is that why do people believe in something that is fundamentally not true? Why are people irrationally acting toward something that is statistically very rare? That’s all I’m saying. I’m not trying to realize what it’s like to be a black man.  And for minorities that are oppressed, I can understand why they endure an overflow of emotion. I have black friends that have been treated poorly, and I know that it can be extremely hard. In fact, everyone with an understanding of our society knows that minorities are oppressed and treated differently. But with that being said, we will unify as a country by holding individuals accountable, not groups of people, or races. And this is exactly what Cam Newton is saying.

Now, does Newton know that people of color can be oppressed? Of course. Does he know that people of color are being killed when innocent? Of course. Has Newton ever been treated differently because of his race? Probably (being the athlete that he is and the “hate” he has received from the media). But Newton realizes that people of all races bring good and bad into the world. He notices that specific stories in the news aren’t everything. He understands that when people of color kill other people of color, or people of color kill whites, that those stories won’t make the news as often. And at the end of the day, he genuinely wants justice for all, and if we want to accomplish that, pointing our finger at a specific group of people is not the way to go. The only people that we should be pointing our finger at is the guilty. Regardless of their race, gender, age, etc.

Like Newton said before, “It’s embarrassing.” If society wants to create a successful social reform, then listen to Cam Newton, not Colin Kaepernick. Both of the quarterbacks’ intentions are morally accurate, but Newton gets his message across in an effective matter without singling out any specific group of people. Because like Newton said, our social issues don’t stem from one group, people of all races bring good and bad into the world, and we should handle each situation differently.

Each and every shooting and tragedy in our country has its own story, its own evidence, and its own investigation. So when society lets emotion get too involved in these situations, we become less intelligent toward the issues at hand. When emotions come out, we begin to stop making sense. The blatant generalities and misconceptions come out and we start to get confused, and then we hide from statistics and reality. Facts matter. Statistics matter. There is a certain time and place for emotion, and emotion can be a good thing, but facts and logic should overpower during social reforms. To give a little more clarity, I want to use a quote from Benjamin Franklin. A simple quote that has held true ever since the American Revolution. When talking about our government, Franklin said, “Passions govern, and she never govern wisely.”

In a time where Charlotte is being lit up with violence and protests, Cam Newton has shined brighter. His genuine purpose of unification has continued the conversation of social rights across our country. And as we grow toward strength of accountability, and we recognize our duty to punish all guilty parties, regardless of race, we will inevitably grow as a nation. This is a time to come together, not to separate. With an understanding of accountability and the development of unification, hopefully Cam Newton’s comments will get our nation moving in the right direction.

Like I said above: It’s always a sad day when a life is lost. My thoughts and prayers go out to the Scott family.

Writer’s Note: All thoughts and opinions are my own. Don’t hesitate to let me know what you thought on Twitter @CarterDonahue_.