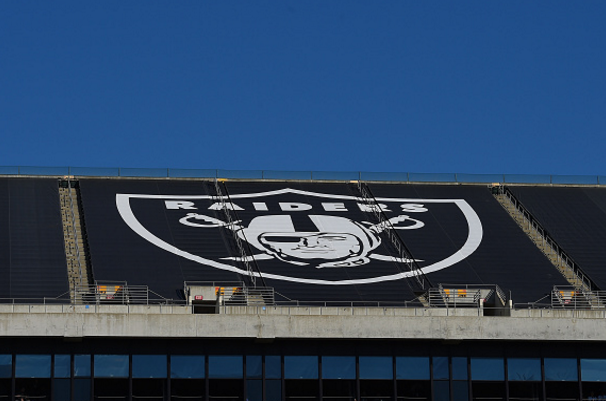 Nevada governor Brian Sandoval – and the Las Vegas casinos that own him – are taking a huge bet on the National Football League coming to Sin City. The real downside, however, is that if they lose the game, the cost of the loss will be carried by others. Additionally, even if the gamble pays off, it will only pay off for a select few.

The new stadium would be built partially to house the University of Nevada-Las Vegas‘ football team, but the  Rebels are not intended to be the main tenant. The hope is that the main tenant will be the NFL‘s Oakland Raiders. Raiders’ owner Mark Davis shares the desire to make Las Vegas his team’s home.

If his fellow NFL owners will let him, that is. That’s the biggest part of the gamble that Sandoval and the Nevada legislature are taking.

There are serious concerns that the Raiders may not get permission from the league to relocate. Under the NFL’s bylaws, a request for the relocation of a team needs a 3/4 majority for approval. If just nine of the current 32 NFL owners either abstain or disapprove, Davis’ dreams would at least be delayed until the bylaws are either amended or he can get the necessary votes.

Market size is a huge concern

It’s not out of the realm of possibility, or even likelihood, that at least nine NFL owners could block the Raiders’ relocation. Moving a team from the Bay Area to Las Vegas would be taking a team from the fifth-most populous region in the United States to a market about 14 times less populous.

Those numbers are hard to get around from a business perspective, and a high-ranking official close to the situation who spoke on a condition of anonymity in a Washington Post interview affirmed the obvious.

I think in general we don’t like to leave big markets for small markets. That’s as big as anything. I think most people are not crazy about that…Most of us would prefer they stay in Oakland.

Trouble just down the strip

But that’s not the only thing that might sway some owners to vote against Davis’ proposal. Actually, the very force driving the stadium funding deal might play a significant part in keeping the Raiders away.

The proximity to casinos – and legalized sports betting – might also sour some owners. In fact, the casinos are heavily invested in the project already.

The family of casino entrepreneur Sheldon Adelson, which owns the Las Vegas Sands Corporation, will provide $650 million toward the football stadium’s construction. MGM Resorts CEO Jim Murren was in attendance at Sandoval’s signing of the bill in Las Vegas. Because of the casino industry’s involvement, NFL Commissioner Roger Goodell has already addressed the issue to a small degree.

San Diego’s role in this drama

There is yet another potential killer to the Raiders’ plans, involving Oakland’s AFC West and California sister team, the San Diego Chargers.

A ballot measure is up for voters’ approval next month, which would provide for financing of a new stadium for the Chargers in San Diego. The city government and the Chargers, at least in the public eye, are pushing for the measure’s approval. Polling shows that it is likely to fail, however.

If the polls are accurate and the measure fails, that could free the Chargers up to exercise an option to become the second tenant of the football stadium currently under construction in Los Angeles. The Chargers would share the stadium with the Los Angeles Rams.

If the polls are proven wrong, however, and Measure C passes, that could open the door for the Raiders to take the Chargers’ place as the second tenant of the new Inglewood stadium. That option would keep the Raiders in a highly populous market and remove concerns over proximity to gambling. Obviously, it would be highly preferential to moving the Raiders to Las Vegas.

The push to keep the Raiders at home

There is yet one final potential obstacle to Las Vegas becoming the home of the Raiders. It has to do with a small group of investors looking to keep the team in Oakland long-term.

The Fortress Investment Group of San Francisco, whose public faces are former NFL players Ronnie Lott and Rodney Peete, are trying to purchase the land that The Coliseum currently occupies. If they are able to do so, they will try to negotiate a deal with Davis to keep the Raiders in Oakland in exchange for a new stadium on the site.

Add all these things up, and the risk of a construction project valued at nearly $2 billion is too big to gloss over. It only gets uglier if you consider the consequences of the gamble not paying off.

If the Raiders’ relocation application is not approved, then the team could back out of its commitment to provide $500 million of its own money toward the stadium construction. As of the time of the writing of this article, there is nothing legally mandating the Raiders provide those funds regardless of the approval of their relocation application. It’s simply an agreement between potential business partners.

There’s also the possibility that if the Raiders are not coming, Adelson may pull his funding as well. Adelson’s history of poor relations with labor unions in his businesses and the fact that his Las Vegas Review-Journal has become the only major newspaper in the United States to endorse Donald Trump for President of the United States show that he values his own bottom line above the welfare of the citizens of Nevada. Again, there’s nothing to stop Adelson from backing out on his commitment.

In the event of those circumstances, who would be left on the hook for the rest of the cost of the construction of the stadium? The only party left in the deal: the people of Nevada.

Such a scenario would leave the state scrambling with one of two options–either find other private funding to finish the stadium or find additional state revenue to fund the completion.

While it’s possible that others in Adelson’s position may take his place, getting that kind of a donor without the Raiders’ involvement may prove difficult. It’s more likely that state funds would have to be shifted, and another tax hike could be likely as well.

The people could foot the whole bill for the stadium

A secondary tax increase to finish the stadium would be likely because of Sandoval’s loyalties and his history as governor.

The Las Vegas Sands Corp., aka Adelson, was the second-largest donor to Sandoval’s campaign in his initial election. In Sandoval’s reelection campaign, Station Casinos took that place, followed by Wynn Resorts (Steve Wynn was also at the signing of SB1 in Las Vegas) and Mandalay Bay Resort & Casino. Holding Adelson to his commitment is something that Sandoval doesn’t have the leverage to do.

Sandoval initially ran for the governor’s mansion on a promise not to increase taxes or hike fees for private citizens in the state. Yet, his stroke of the pen for the stadium funding raised taxes and his administration has appointed individuals who have hiked fees for Nevada residents substantially.

In February, the Nevada Public Utilities Commission gave permission for the state’s only power supplier, NV Energy, to increase rates on solar energy and decrease the amount that NV Energy pays generators of the power for their excess production. The result is that the once-promising solar power industry in Nevada has been killed off, and the solar panels that formerly were a savings to Nevada residents became a financial liability instead.

On top of that, hundreds of people working in the solar industry lost their jobs, a curious move when you consider Sandoval’s campaign web site‘s front page says that, “working together to get Nevadans working again has been my greatest priority.” All but one of the current members of the Nevada PUC were appointed by Sandoval.

The best-case scenario isn’t so great either

If the Raiders’ relocation application is approved, Adelson and the team kick in their money, and the Raiders begin play in the new stadium in the near future, surely the economic uptick would be sufficient to justify the 30-year public bonds and additional sales tax hike, right?

It would probably be sufficient to get Adelson back his investment, but it is unclear whether or not the average citizen of Clark County, now paying 0.1 percent more in sales tax, would benefit at an equal rate of return on her/his investment.

There is a proposal by the United States Treasury that would bar municipalities from using public bonds to fund stadium projects, citing research that shows the actual economic boost from such facilities isn’t as beneficial as those pushing the moves want the general public to believe.

The vast majority of the long-term jobs created by stadium projects are not actually stadium or team jobs, but jobs with independent contractors who provide services for the teams. Good examples of these jobs include concessions workers, ushers, ticket-takers and stadium security. Most of these jobs are part-time and pay little if anything over the federal/state minimum wage.

Most of the real economic boom would be felt by Adelson and those of his economic status, and in turn, go toward funding the campaigns of Nevada public officials who will continue to push through legislation that favors their bottom lines at the expense of lower- and middle-class Nevadans.

The passage of SB1 could be deemed as a classic case of government officials who owe their positions to donors using their power to shift the costs and risks of business ventures from those very donors to the people at large. What isn’t classic about this scenario, however, is that the risk is so large.

Sandoval and the Nevada legislature are playing a dangerous game, and if they lose, they won’t be the ones who pay for it.