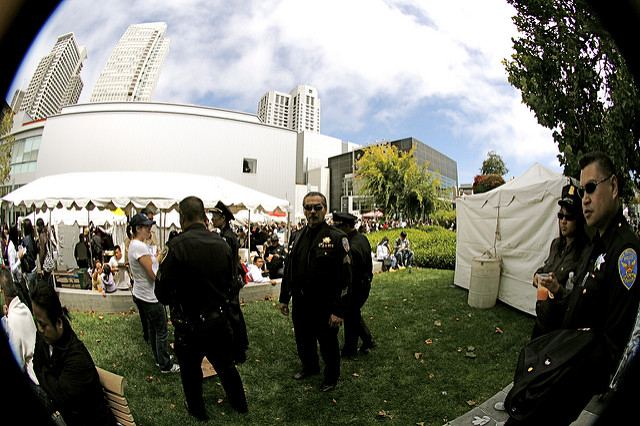 A text message scandal in San Francisco is getting worse after additional police officers have been accused of sending racist and homophobic messages. This come after 14 officers in the department went under federal review for misdoings.

The news breaks as national debates turn their focus to police relations with the minority communities. This year the chief of police for San Francisco along with the cities mayor asked the U.S. Justice Department to examine the agency’s use of force and arrest rates of different ethnicities as racial tensions have grown.

The first red flag was drawn when a sexual assault investigation against an officer left detectives with more questions than answers. The uncovered text records contained “reprehensible racial and homophobic remarks“, according to the department.

Three other officers had received the message but investigators did not have enough evidence to bring charges against them since the officers never responded to the message.

The officer who sent the message has already been charged with six misdemeanor counts for misusing police force databases. Suharto also said that a termination proceeding will be launched after the criminal case is finished.

The 14 officers who sent derogatory remarks in 2012  were allowed to keep their positions because Suhr had wanted too long to file charges, at least that’s what a judge ruled last year.

Suhr has appealed that order because it barred him from firing eight officers, two of whom have since retired.

According to Suhr the department delayed discipline because he did not want to overstep and interfere with a federal investigation concerning officer corruption.

Ed Lee, cities mayor said he stands by his police chief and has no intentions to rescind his support for Suhr.

Last year Lee chose not to fund a task force that would have investigated nearly 3,000 arrests made by the 14 officers that were under investigation at the time.

Either way this announcement comes at time where police and civilian relations are being eroded away. This situation may change how voters cast their ballot come November after these incidents.