As The Donald Turns and we are unhinged, much like the president himself. There is so much insanity to try to get to, that we are losing our collective minds doing it, (much like some others apparently). Here is “Unhinged.”

As The Donald Turns; Unhinged

In short, Bannon accused Donald Jr., Jared Kushner and Paul Manafort of committing a treasonous act. Robert Mueller responded by saying, “Hey, Steve, let’s have lunch.” Ok. Not really. But what fun that would be. Bannon is also eliminating any chance that Donald was oblivious to all of it.

“Steve Bannon has nothing to do with me or my Presidency. When he was fired, he not only lost his job, he lost his mind. Steve was a staffer who worked for me after I had already won the nomination by defeating seventeen candidates, often described as the most talented field ever assembled in the Republican party. Now that he is on his own, Steve is learning that winning isn’t as easy as I make it look.

Steve had very little to do with our historic victory, which was delivered by the forgotten men and women of this country. Yet Steve had everything to do with the loss of a Senate seat in Alabama held for more than thirty years by Republicans. Steve doesn’t represent my base — he’s only in it for himself. Steve pretends to be at war with the media, which he calls the opposition party, yet he spent his time at the White House leaking false information to the media to make himself seem far more important than he was. It is the only thing he does well.

Steve was rarely in a one-on-one meeting with me and only pretends to have had influence to fool a few people with no access and no clue, whom he helped write phony books. We have many great Republican members of Congress and candidates who are very supportive of the Make America Great Again agenda. Like me, they love the United States of America and are helping to finally take our country back and build it up, rather than simply seeking to burn it all down.”

You know what we call this in media circles? Same thing everyone else does; bull crap. Bannon had everything to do with Donald winning as pointed out above. He duped voters in several states into believing Donald was a populist. He was at Donald’s side every day for eight months in the White House. Notice something missing from Donald’s statement? A denial of Bannon’s allegations. He attacks Bannon but otherwise this a non-denial denial. And that Donald trashes Bannon for a war on the media is just…well…just unhinged.

“Since taking office I have been very strict on Commercial Aviation. Good news – it was just reported that there were Zero deaths in 2017, the best and safest year on record!”

Of course, there is not an ounce of truth to that tweet. Donald has done nothing discernible to change the commercial airline industry. Furthermore, there has not been a commercial airline crash in the US for more than five years? Is Donald so unhinged and so awesome at the same time that he is taking credit for thing he had nothing to do with? Something that did not happen even before he was president?

Unhinged Looks In The Mirror

“North Korean Leader Kim Jong Un just stated that the “Nuclear Button is on his desk at all times.” Will someone from his depleted and food starved regime please inform him that I too have a Nuclear Button, but it is a much bigger & more powerful one than his, and my Button works!”

This is not just posturing by Donald. The White House has made it clear in the past that his tweets, no matter how unhinged, are official correspondence. Officially, the White House is daring the erratic dictator of North Korea to prove his nuclear missiles work. Only the unhinged would understand the unhinged.

“The people of Iran are finally acting against the brutal and corrupt Iranian regime. All of the money that President Obama so foolishly gave them went into terrorism and into their “pockets.” The people have little food, big inflation and no human rights. The U.S. is watching!”

The more the protesters are seen to have the backing of the US, the more likely it is that the current regime will eliminate the protests, and the protesters. Expect the country to shut off internet access any day now so that the crackdown cannot be “televised.” Sometimes it is just better for Donald to not be so unhinged in public.

“I will be announcing THE MOST DISHONEST & CORRUPT MEDIA AWARDS OF THE YEAR on Monday at 5:00 o’clock. Subjects will cover Dishonesty & Bad Reporting in various categories from the Fake News Media. Stay tuned!”

This is what your White House is spending its time on right now. This came 24 hours before Donald accused Bannon of making an enemy of the media.

As the Mueller probe continues to close in Donald and family/friends, this is what we can look forward to this year….and unhinged president. As for us, we just want our trophy Monday. 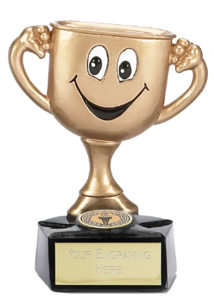