As The Donald Turns; We Told You So

• We told you so. Some seven months ago, the staff told you to keep your eyes and ears open for Michael Flynn. We told you that media stories claiming he was not getting any immunity because he had nothing to offer were wrong. It was true and we told you so. We told you Flynn was going to prison and for how long was a matter to be determined by how much he rolled over on the Trump administration. The story went that he was upset with the way he was dismissed, and he has a well-known reputation for being vengeful.

By credible sources, special investigator Robert Mueller had many things to hang over Flynn. Conspiracy to commit a kidnapping. Flynn was set to receive $15 million for the kidnapping of a Muslim cleric in Michigan and returning him to the president of Turkey for execution. The cleric’s alleged crime was voicing support for a coup in Turkey during the Summer. Flynn could have been charged with money laundering. Flynn could have been charged with failing to register as an agent of a foreign government.

What Flynn was charged with was lying to the FBI. He was asked about his communications with Russian operatives and he lied to the FBI. Here is a clue for any of you who potentially get interrogated by the FBI. If they are asking you specific questions, they probably already know the answers.
So, the lying charge is worth five years in the federal hoosgow. He continues to cooperate with the investigation. We say continues, because we told you months ago that he would be cooperating, and he has been. The other charges have not been dropped. They continue to hang over him like an anvil in a Wile E. Coyote cartoon. 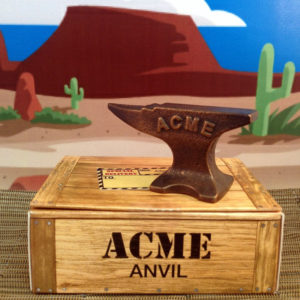 If Flynn continues to sing like a canary, he gets the one charge. If something goes awry, he faces decades in prison. Some other charges, like money laundering can also be adapted to state charges so that no pardon from Donald will get him out of it.

• Donald sent out a tweet on Saturday backing his former National Security Advisor:

Donald J. Trump‏Verified account Dec 2
“I had to fire General Flynn because he lied to the Vice President and the FBI. He has pled guilty to those lies. It is a shame because his actions during the transition were lawful. There was nothing to hide!”

Donald admitted he knew that Flynn lied to the FBI. Yet, when he fired him he said he did so because he lied to the vice president. Ooooppps.

Not to worry, Donald’s attorney John Dowd stepped in and said he wrote the tweet, and someone else posted it for Donald. Hold on to your autographed Pete Rose betting slips here people. (We will take moment while you Google John Dowd, so as to understand the reference). The White House, particularly Sparkle Pony Spicer and Sarah Sanders, has always maintained that the tweets are official communication from Donald. Are we to believe that Donald’s personal attorney is issuing official statements from the office of the president?

If it is true, then, Mr. Dowd, the Emory University School of Law is on line three for you. They would like their law degree back because you used the word “pled” instead of “pleaded.” They prefer to not have legal illiteracy attached to their fine institution. If it is not true than the Donald’s personal attorney just fell on the sword for something best left to the White House Counsel.

• As we have told you before, when it is time to zig, Donald likes to zag. Monday brought a series of misdirection plays. Dowd issued a statement saying all this should end because the president cannot obstruct justice. He did not mean he is not capable of doing it. Clearly, Donald is capable and has done it with a high degree of success to this point. No, Dowd meant that if the president does it, it is not illegal. Where have we heard that before? Sounds familiar.

Reality is here. No president has ever been trotted before a court for criminal filings on obstruction of justice charges. They were however, the first issue in the articles of impeachment against Richard Nixon. It is clear he has done that. When James Comey refused to halt the investigation he was fired. What is not clear is if Paul Ryan wants to be president bad enough to go after Donald and the Vice President because they both knew about the lies well in advance of any firing, and allowed the infected Flynn to continue to negotiate with foreign countries on behalf of the US.

Donald J. Trump‏Verified account 13h13 hours ago
“A must watch: Legal Scholar Alan Dershowitz was just on @foxandfriends talking of what is going on with respect to the greatest Witch Hunt in U.S. political history. Enjoy!”

Donald continuing to promote his favorite TV show that he watches for three hours a day while saying he has no time for TV. The former great legal mind, Dershowitz, pushed the Donald’s agenda; why is Hillary not being investigated for lying to the FBI, even while he admitted she was never asked to give sworn testimony, so lying is not really an issue.

But the other reality is this. The GOP owns the House committees. They own the Senate committees. You want to investigate a private citizen under those terms, have at it. Haul her in front of a Senate Select Committee. Start there. But you won’t because the House and Senate spent millions on 13 Benghazi hearings and you got “nuttin’” out of them. Not a thing. Have the guts or shut up already.

• We told you so about KT McFarland. She has virtually been sent to the other side of the globe, because no head of the NSA wanted to work with her. So now the ambassador to Singapore is under scrutiny because it turns out she saw emails about Flynn and Russia that were also forwarded to Don Jr., Jared Kushner and the vice president’s office. She also lied about her level of knowledge of the issue when she went through her Senate confirmation hearings for the ambassador seat. You know, but Hillary, though……

Donald J. Trump‏Verified account Dec 3
“After years of Comey, with the phony and dishonest Clinton investigation (and more), running the FBI, its reputation is in Tatters – worst in History! But fear not, we will bring it back to greatness.”

So Donald has now torn apart the CIA, the DNI, the entire intelligence community, and now the FBI. Someone on staff here at As The Donald Turns, has family in college studying criminology; someone who could possibly work for the FBI someday. 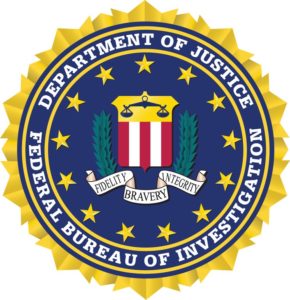 So, to Donald, the staff here says, these are hard working people who go from one administration to the next, doing their jobs as the nation’s premier law enforcement agency. Be careful because there is a future college graduate who could be putting you behind bars someday.