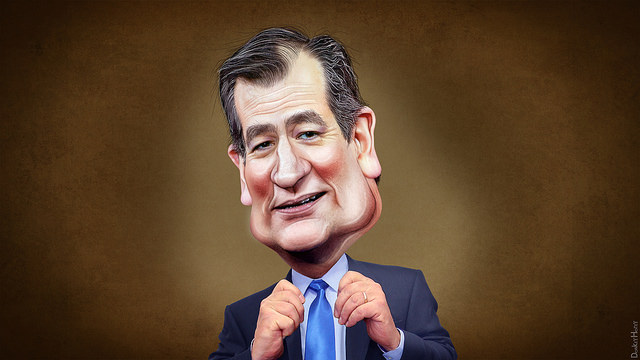 It was a late Tuesday afternoon when Donald Trump announced that he was going to skip the Thursday Republican debate after a standoff with Fox News reporter and moderator Megyn Kelly. And less than thirty minutes after Trump’s announcement, Ted Cruz challenged him to a debate.

“If Donald is afraid of Megyn Kelly, I would like to invite him on your show to participate in a one-on-one debate between me and Donald, mano a mano. I’m happy to go an hour and a half mano a mano, me and Donald with no moderators, anytime before the Iowa caucuses.”

Less than thirty minutes after his challenge to Trump Cruz continued his tirade by calling Trump a “fragile soul” and that he was scared of confrontation with Megyn Kelly.

“I think anyone running for president of the United States owes it to the people of Iowa to have the ability to come in front of you to make the case to answer our questions. This is a job interview. … Anyone who wins the Iowa caucus [should] demonstrate the humility to come in front of the people of Iowa, look you in the eyes, and be held accountable.”

It didn’t end there though because the Cruz campaign created a web page called Ducking Donald and asked his supporters to pressure Donald Trump into a debate. Cruz even went as far as to say that Donald Trump was scared of Cruz himself and that he couldn’t beat him in a debate. The two are currently in a dead heat for first place.

“One or the other of us is going to win the state of Iowa. And I’ll tell you right now, that’s why Donald’s not showing up,” Cruz said. “It has nothing to do with Megyn Kelly … This is all about him not being willing to defend his record. Him being afraid.”

Cruz’s most likely angle for his attacks are to sway the on the fence voters over to his side. By showing the people that they don’t want a leader who is afraid to tarnish his record or stand up to a fight. It was a way for Cruz to showcase that he could be leader because he wouldn’t run. Even though we think it was just an attempt for Cruz to make up for his many shortcomings as a leader.