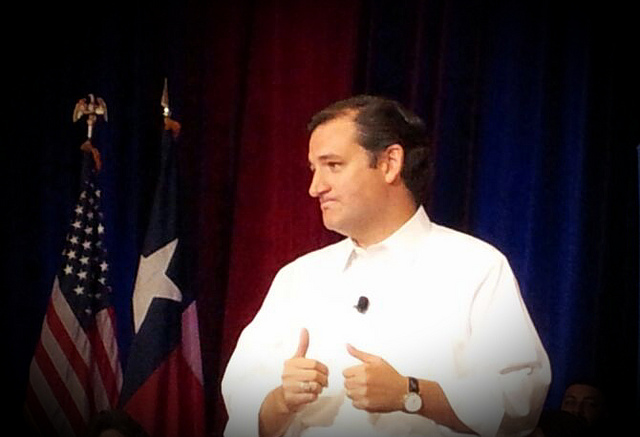 Tough on illegal immigration reform Ted Cruz has decided to not authorize special forces while he’s in office to deport those that have come to the United States illegally.

Other past few months Cruz’s stance on deportation has changed significantly. Cruz was once a candidate who opposed of deportation has now done a 360. However, he still doesn’t think that the 11 million undocumented immigrants should be rounded up to deport.

In his interview with Tapper on the campaign trail Cruz said:

“No, I don’t intend to send jackboots to knock on your door and every door in America. That’s not how we enforce the law for any crime,”

Ted Cruz’s is direct opposite of Donald Trump who plans to enact a deportation force while in office. Trump has called out Cruz for being a copycat on immigration reform. However, while both have the main goal of deportation Cruz’s is much softer.

Cruz shed better light on his plan with a murder comparison when he said:

“We don’t have any system that knocks on the doors of every person in America,” Cruz told Tapper. “We also don’t have people going door-to-door looking for murderers. We don’t live in a police state. We do have law enforcement.”

Cruz then indicated that his plan will only deport those that have been apprehended, such as those that have committed crimes. Cruz also will extend this to prospective employers who suspect a worker have illegally immigrated.

Cruz’s stance was much formed after a heated debate with Marco Rubio that led Cruz to call an end to any path to legal status for undocumented immigrants.

Cruz’s status as a Republican candidate could be in question as a GOP electoral wipe could be in the works if Cruz is the nominee. However Cruz rejected the idea but did elude to history by showing that moderate Republicans have never been able to win the bid.

“Every time we do it we get clobbered. You know, this is no longer a theory. You know, as they say in the tech world, this has been beta-tested.”