For the first time in years, the Detroit Pistons will be looking for a new head coach. And while this period in team history represents a moment of instability, it also represents a moment of opportunity to hire someone who can help turn the franchise around. With so much on the line in the next few years, there are a few candidates that the Pistons should consider hiring.

Of course, the need to hire a coach in the first place comes on the heels of the team parting ways with Stan Van Gundy. After four years in charge of the team, Van Gundy wasn’t making enough forward progress to justify keeping him in charge of the team. That makes finding a coach with a track record of forward momentum so important to the Pistons during this particular coaching search. 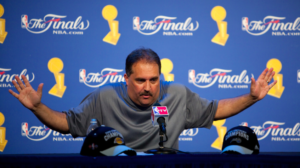 And if the Pistons want to hire a coach with a history of making forward progress despite limitations with his roster, there is a recently jobless coach available for them to hire. That coach would be Dwane Casey, who won NBA coach of the year honors for his work in the 2017-2018 season. Casey has been linked to the Pistons after being let go shortly after he was swept as the head coach of the Raptors by the Cleveland Cavaliers.

Casey has already had success at doing what the Pistons will need to do in the coming years. He has overcome shortcomings with his roster to deliver a strong team on the court that can contend in the Eastern Conference. In Toronto, Casey’s roster relied too heavily on two-point shooters. DeMar DeRozan was guilty of shooting too many long two-pointers during Casey’s tenure. The team also relied on big men like Serge Ibaka and Jonas Valenciunas far more than most teams care to at this point in the NBA’s evolutionary chart. 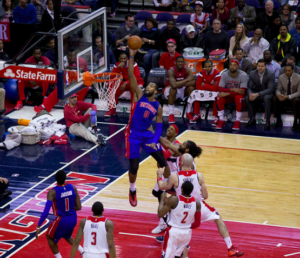 Despite that issue with his team, Casey still made things work. He managed to get to a conference finals as the head coach of the Raptors, and earned the top seed in the conference the year he was let go. In Detroit, Casey would have to work with another team that focused heavily on two-point shooting, with his experience in that category making the situation a natural fit there.

If the Pistons do hire Casey, bettors would be wise to use a free bet, like the no deposit offer from SkyBet on Oddschecker, on the Pistons at some point during the 2018-2019 campaign. This would be because the team would be better able to use the talent they have to their advantage without conforming to another team’s style. Any time a bettor can use a free bet on a team that is true to its identity, they would be smart to do so.

There are, of course, other quality candidates that the Pistons should consider. Chief among them is Spurs assistant Becky Hammon. But if the Pistons want to win in spite of their roster, Dwane Casey is a great choice to get them back on the right track in a hurry.