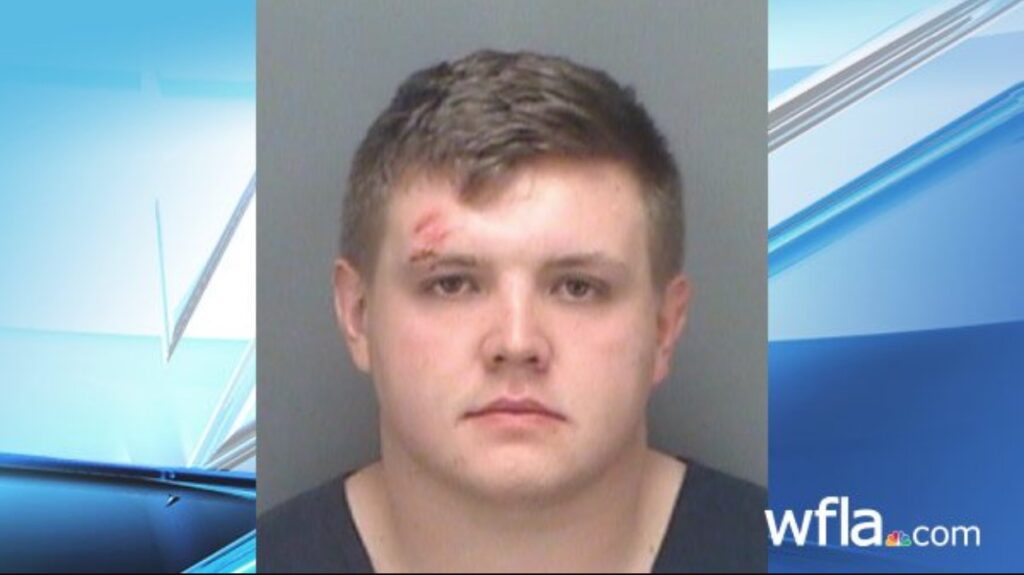 Mack Crowder, a former University of Tennessee offensive lineman was arrested Tuesday in Florida, and later charged with five felonies.

Matt Slovin, a writer for the Tennessean, said that Crowder’s jail records revealed the once touted prospect had been charged with four separate counts of transmission of materials harmful to minors as well as one count of violating Florida’s Computer Pornography and Child Exploitation Prevention Act.

Police say the 23 year-old Crowder admitted to soliciting photos from who he thought was a 14 year girl. It was later found that Crowder sent four photos of his own genitals to the young girl. However, the person who he sent his photos to was actually an undercover officer.

Crowder, a native of Bristol, Tennessee was released on $50,000 bond.

News source WFLA released a mugshot on Twitter after Crowder was arrested.

During his four seasons with the Tennessee  Volunteers, Crowder played in 32 total games, of which included 15 starts at guard and center.

This past season as a redshirt senior he made three starts and was selected to the SEC Academic Honor Roll for the second time.

Crowder may be best known for his time at Tennessee in which he was rumored to be involved with an altercation with head coach Butch Jones in October 2015, which is something Jones has denied.

News outlets and other media sources have reached out to Crowder and the University of Tennessee but both have refused to comment because the potential appearance in court date has yet to be released.