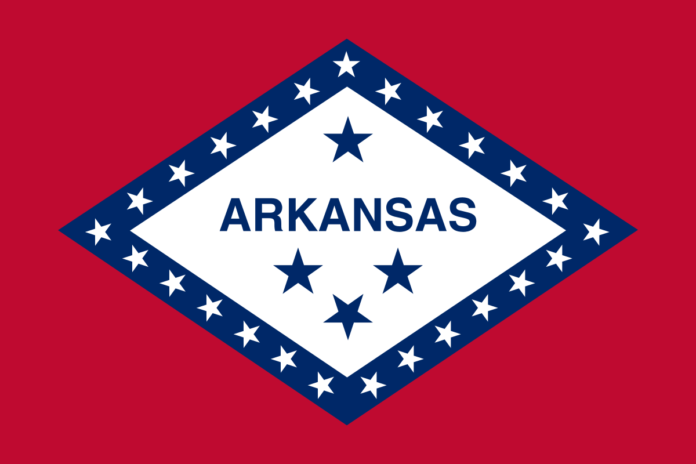 Arkansas has four Congressional Districts, and all of the are pretty heavily Republican. The only race where the Democratic candidate managed to crack 35% was in the surprisingly competitive 2nd District, where Clarke Tucker came within 6.5% of springing a huge upset. Even if we expect this state to stay 4-0 in favor of Republicans, let’s meet the candidates.

Crawford survived an attack from the Club for Growth in 2013 that he was a “RINO,” but has since become a Republican stalwart. He didn’t even face a primary opponent this year.

There is no Democrat running in this race.

Yesh’s Notes: The most interesting fact about this district is in the 2018 results. Yes, the Libertarian candidate’s name is Elvis Presley. No, not that Elvis. And no, that’s not his birth name, but he won’t tell anyone what his birth name was. He runs all sorts of races in Arkansas, and always gets a larger vote share than you’d expect. And, well, he actually bears a slight (very slight) resemblance to Elvis. Here’s the profile picture from his Facebook page:

Hill is a former businessman and economic near-libertarian and budget hawk who was given quite a scare in 2018. Perhaps in recognition of the district turning more purple, his campaign website does not mention President Trump by name. He is also clearly far more moderate than the average Republican (especially in Arkansas) on some issues––for example, his campaign website calls for “a fair and equitable solution for those individuals in the DACA program.”

This might be one of the most centrist races in the country. Elliot is a pretty moderate Democrat, and her campaign planks have focused as much on finding the “right” solution and avoiding “one-size-fits-all” as it does on detailed policy proposals. She is running on improving infrastructure (she’s more in line with President Trump on that than Hill is), and yet her campaign is tapping into Arkansas’ libertarian streak at the same time (e.g. quotes like “I don’t need a federal official chaperoning me while I fish in our public parks”).

There will also be an independent candidate named Joseph Glenn Smith II on the ballot. He has raised and spent no money, and has no public campaign that we could find.

Steen’s Notes: Elliot recently got put on the DCCC’s supported candidate list and this seat has once again been targeted by the party. It wasn’t that close in 2018, but the continued erosion of Trump support in the suburbs (yes even the Little Rock, Arkansas suburbs) bodes well for Elliot. This is also a pretty cheap media market. Weak local Democratic infrastructure makes Hill the favorite though.

Womack’s popularity and incumbency advantage can be seen in his campaign site. Most notably, it contains no type of platform or policies. Womack knows his district, he’s involved in his district, and his district knows him. He’s the right amount of conservative for his state and district. That makes him tough to beat.

Williams is a fascinating candidate. In a lot of ways, she will be a test to see how well progressive policies–without the stigma of the word “progressive” and without direct attachment to Bernie Sanders–can do the very libertarian-leaning Republican areas. She is essentially for Medicare For All, but she doesn’t use those words. She is pro-expanded immigration, but couches much of it in economic terms. Much of the rest of her platform, though, is standard progressive: entirely pro-choice, without qualification; $15 minimum wage; automatic voter registration; free community college, and more. If Williams can have some success here, it could signal to Democrats that there are progressive inroads to be made in red states, but perhaps not when tied to Bernie Sanders’ movement and language.

Kalagias will be on the ballot again, but he does not seem to be actively campaigning.

Westerman is popular and has never really been troubled in an election. Arkansas has been getting redder for a while, and the drastic shift is apparent in this district. In 2008, no Republican even bothered running, and a Green Party candidate earned over 13% of the vote. In 2012, Tom Cotton won the seat in a landslide, and it’s been a Republican stronghold ever since. Westerman is a libertarian-leaning Republican, though he does stress protections for pre-existing conditions in healthcare reform.

Hanson may appear as a progressive based on his universal healthcare plank, but in reality he is one of the most unique candidates anywhere in the country. His platform is certainly liberal-leaning, but it contains a true collection of ideas that range from moderate Republican on DACA, to very moderate Democratic on guns (assault weapons ban but no confiscation of those bought legally). In a rarity, he also is willing to identify a problem without offering a solution. When discussing hunger in Arkansas, he says, “I don’t have a solution today, but this will be a high priority for me. With agriculture being our largest industry, I believe that we can fix this.” Hanson seemed to have been angling for online video-based campaigning early in the campaign, but he has since moved away from those.

Gilbert is a perennial Libertarian candidate for different offices, though he rarely actively campaigns.

Republicans hold all four seats now, and it would be surprising to see them lose any seats here. Still, the Democrats have an interesting collection of candidates that could fit very well into Arkansas’ culture. If any of them overperform, it could provide a road map for Democrats in the South.