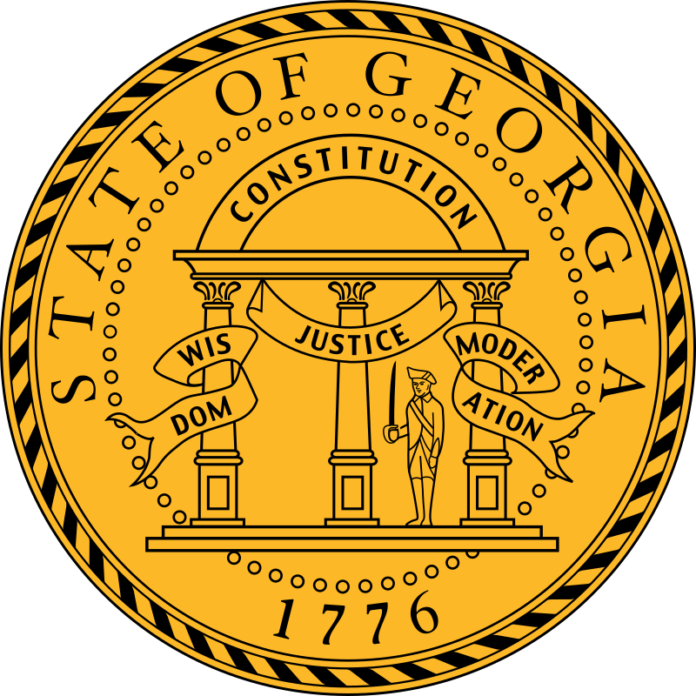 Georgia is too large of a state to break down in one article, so we’re going to split the 14 Congressional Districts into two articles. This article will look at the first seven districts, where four of the Democrats’ five seats lie. The other will focus on the Republican-heavy rest of the state.

“Buddy” Carter is a consistent small-government Republican who had a surprisingly close election in 2018. He’s facing competition again, but it’s hard to imagine this seat actually flipping. It’s been in Republican hands since the 1990s.

Griggs does not yet seem to be campaigning as seriously as Ring did two years ago, but she still has time. She’s a liberal Democrat trying to flip a safe seat. Griggs is more progressive than Ring was two years ago, as well.

Republicans aren’t unseating Sanford, but it’s worth noting that Vivian Childs (who lost a close primary to Cole) would have been a much stronger candidate for this district. Cole is running on a strong pro-life platform, as well as conservative positions on religious freedom and guns.

Bishop is popular and has only had one election come within ten points within since he came to office. He’s a standard Democrat who should have no issue keeping this seat as long as he wants it.

Ferguson’s campaign site is just a way to donate, but he doesn’t need much more than that. He’s popular enough and conservative enough in this deep red district to not have to worry much about re-election.

Almonord is a relatively moderate Democrat, though he is more liberal on some issues than others. He is not spending much in this campaign, which is to be expected in a district that Ferguson is expected to win by about 30 points.

Cruz is an outspoken conservative with little financial backing, but she’s running an aggressive campaign. An immigrant from Venezuela, she is staunchly conservative and anti-Socialist. One of her main campaign planks is the elimination of the income tax. It’s a fascinating campaign that might have potential in some other swing districts, but it’s hard to see her making this one close.

Johnson is a very liberal Democrat, who can sometimes side with the progressive wing. He consistently wins elections by a wide margin in this very safe district.

Yesh’s notes: Johnson, of course, gained national infamy for his poorly-worded (at best) question/metaphor about Guam during a Congressional hearing a decade ago. That hasn’t hurt his popularity in his district or his reelections since then though.

Incumbent: None (Previously held by Democrat John Lewis for 17 terms)

Stanton King is a fascinating young Black conservative with a backstory of having a child at 14, being pardoned by President Trump, and a lot of stuff in between.

Yesh’s notes: It’s not a winnable race, but when she was facing John Lewis she had a chance to make a real splash nationally with her backstory and her politics. No longer facing Lewis, her race is much lower-profile, but it also offered her a chance. Of course, she has since veered into some weird conspiracy tweets regarding COVID-19 and Herman Cain’s death. She definitely still has potential to be a new face of the GOP if she makes this race somewhat close, but that feels less likely than it did a month ago.

Williams has not yet updated her campaign website from her State Senate campaign. She was a late selection by the Georgia Democratic Party to replace Lewis on the ballot, after the longtime Congressman and civil rights icon passed away following his primary victory. She has not had much time to campaign or show how she will try to fill Lewis’ shoes, but in a seat this safe it’s possible she doesn’t need to.

This seat has rapidly moved away from Republicans since 2016. Handel, a moderate Republican, earned this seat in 2017 with a Special Election victory over Jon Ossoff. She barely cleared that election, but couldn’t win it in 2018. The Republicans don’t have a better candidate to try and win back this seat, though, so she gets to try to win it back herself.

McBath is a relatively moderate Democrat. Her campaign website isn’t much other than a way to donate and sign up for the mailing list. It doesn’t matter, though. Georgia voters know both her and Handel well right now. This district has probably moved further away from Republicans since 2018, but expect this race to be pretty close once again.

Yesh’s notes: I don’t particularly expect this race to be as close as in 2018, but if Handel does make some gains it’s worth noting that there is a third party on the ballot. Jayla Harrison is on the ballot as a member of the conservative-sounding Commandments Party. (I cannot find much information about Harrison’s campaign or what the Commandments Party believes. But in an incredibly tight election, I would expect her voters to be drawn away from Handel more than McBath.)

McCormick easily won the Republican nomination for this district after Woodall retired. This fast-changing district is rapidly moving away from Republicans, as evidenced by the 20-point shift from 2016 to 2018. Bourdeaux is back to finish what she started in 2018, and it’s definitely likely that she’ll succeed. McCormick is running as a generic Georgia conservative, but it’s hard to see that succeeding in this district anymore.

Bourdeaux is a liberal Democrat running in a rapidly blue-shifting district. She almost won two years ago, and she has both spent more and has far more cash available than her opponent. This is still generally rated as a toss-up district, but it’s pretty clearly leaning towards a flip.

Democrats control four of these seven seats, but it’s hard to predict how this group will shake out in 2020. Either of the last two districts can flip in either direction.