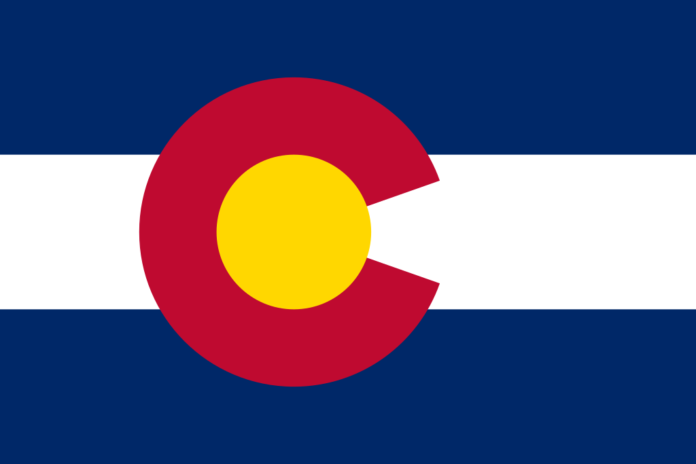 We are up to Colorado, where there is plenty to talk about. No races are generally rated as “toss-ups” in this state, though a few are definitely close enough in lean to be somewhat competitive. It’s also worth noting that Colorado has easier ballot access for minor parties, and the Unity Party of America has candidates in every U.S. House race in the state, as well as the U.S. Senate race. Third parties rarely do well in federal races in the United States, but they do enjoy relative success in Colorado. It will be interesting to see if the self-described “centrist” party can gain any traction, especially in districts where the major party candidates are vulnerable. Similarly, the Libertarian Party has a candidate in every race. Libertarians usually picked up from 2-5% in House races in Colorado in 2018; have they made any further headway since?

As far as we can find, Bolling has no active campaign. He has not filed that he has spent or raised any money. His campaign website is just a platform to donate and sign up for a newsletter.

DeGette’s platform is sparse, but she doesn’t need it. With no one campaigning against her, she has no real need to campaign. She is a pretty moderate Democrat who has held this seat for decades, and is well-known and well-liked in the district.

Aside from a cute slogan (Win with Winn), the campaign doesn’t have much going for it. This district votes far more Democratic than its partisan lean indicates, and Neguse has done nothing to alienate voters. Winn is a very moderate Republican, campaigning on healthcare reform and clean energy solutions.

Neguse is a progressive Democrat and member of the Congressional Progressive Caucus and the Medicare for All Caucus. He campaigns on his record, his progressive ideals, and his story as the son of refugees from Eritrea.

Tipton was a pretty conservative Republican, especially before the Trump years, but Boebert ousted him in a tough primary by painting him as too moderate to serve this somewhat conservative district. She earned her fame by arguing with Beto O’Rourke about guns at a rally. Fiercely pro-gun and taking a hard anti-left-wing and anti-Socialist line, Boebert seems to be the first of a batch of younger Republicans shaped by conservative social media running for office.

Yesh’s notes: Boebert has been accused of supporting QAnon. For those unaware, QAnon is a wide-ranging conspiracy theory connected at its core by the notion that there are huge child sex rings utilized by famous people across the country, and that Donald Trump is secretly working to expose it all. The notion behind Boebert’s support for the theory is based on one television interview, where she said her mother believes in it and she finds some of its ideas to be good. However, this seems very unfair to Boebert. Unless someone really gets into the weeds of QAnon, a lot of the surface level stuff is standard conservative boilerplate, and the infamous “oath” contains a nice-sounding core of looking out for each other. Also, who would throw their mother under the bus on live television? Boebert has since explicitly denied the conspiracist parts of QAnon, and painting her as a QAnon candidate is both unfair and gives QAnon much more mainstream credibility than it deserves.

Bush is trying again for this seat, and has some advantages. She is a center-left Democrat focusing on a broad range of issues, from healthcare to racial justice to clean Colorado water. She also currently has a cash on hand and fundraising advantage, due to the fact that Boebert upset Tipton on a pretty bare budget. Her campaign is also currently more robust and active than Boebert’s in the district. Republicans will have to work to put some money and effort into this fight to hold this seat.

Buck is a conservative Republican who has pivoted a bit towards “culture wars” issues in recent years. He endorsed Ted Cruz in the 2016 Republican primary, but he has managed to stave off any potential challenges from his right since then.

McCorkle is actually spending a bit to make a race of this, but it seems like the wrong district to go for it. He is a progressive Democrat campaigning heavily on the need for a Green New Deal and Medicare for All.

Lamborn is a center-right conservative who campaigns on his reliable Republican voting record in Congress. This is a very safe district for him, as he has won every election by at least 20 points.

Freeland is a progressive Democrat who is not campaigning on the progressive terminology, but is on the policy. She never uses terms like Green New Deal or Medicare for All, but her policy proposals include reducing to net-zero emissions and healthcare for everyone without costs or co-pays. She is also pushing for electoral reform that includes removing campaign fundraising and switching to a national popular vote for President.

Yesh’s notes: This will be a good race to follow. It’s a heavy red district, and Lamborn will easily win, but it’s worth following to see if progressive policies, without being connected to the popular terminology for them, makes them more or less appealing to the general populace.

House has the funding to put up a fight in this suburban district, but it’s not clear how much strength Republicans have left here. This district shifted heavily away from the Republicans in 2018 due to anti-Trump sentiment. House is running on standard Republican positions on immigration, taxes, and guns, and it’s hard to see that swaying this district back in his direction.

Crow is a moderate Democrat and a veteran who served in Iraq and Afghanistan. He focuses mainly on correcting the errors he claims Donald Trump has made, and also discusses issues like climate change and gun violence, among others. He might get a bit of a challenge here, but he should be able to hold the district without too much trouble.

Stockham is a Black Republican who bills himself as a “100% unhyphenated American.” Stockham is not campaigning particularly hard in this essentially unwinnable district, but he is touting that he supports President Trump and his strong pro-life stance.

Perlmutter is a very moderate Democrat who will vote with conservatives sometimes. While he disputes President Trump, he takes an almost conservative position on immigration reform. He is more liberal in his positions on the economy and healthcare, but there’s a reason he consistently easily wins this barely left-leaning district by wide margins.

The only races with real potential drama is the 3rd, but there’s a lot to learn in several other districts. Also, keep an eye on the Libertarian and Unity Parties. It’s highly unlikely any of them really go anywhere, but if there’s a state that could happen Colorado is at the top of the list. And it only takes one candidate making a race close to potentially earn the party increased interest in future years.