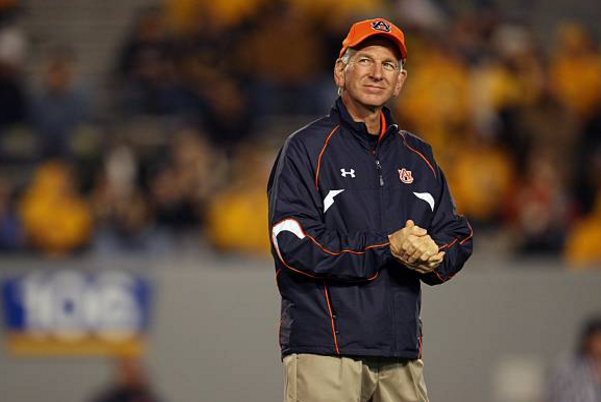 Tommy Tuberville is eyeing a return to the spotlight in the state of Alabama soon, but it won’t be near a sideline. The former Auburn football coach recently filed the necessary preliminary paperwork to be eligible to run for the states governorship in 2018. He also requested a $100,000 loan to finance his campaign.

However, Tuberville has not officially entered the 2018 race and still insists that he is a “few weeks away from a decision.”

Tuberville, who most recently spent time as the University of Cincinnati’s head coach, coached Auburn from 1999-2008. He compiled a record of 85-40 and led the Tigers to a perfect 13-0 record in 2004. That season the Tigers won the SEC Championship, but settled for a Sugar Bowl birth. Tuberville also racked up six straight wins against Alabama from 2002-2007. Auburn fired him following the 2008 season.

Tuberville then spent three years at Texas Tech before leaving for Cincinatti.

If Tuberville does run, he will do so as a Republican. As governor, he says his biggest issue will be the economy.

“Jobs. There is no doubt. You can’t do everything else. You can’t have a great education. You can’t do the things you need to do in the state and grow unless you have people working and having a better life.” Tuberville said.

He is not the only sports figure to eye the state’s highest office though. NBA Hall of Famer, Charles Barkley also said that he is interested in running in the past. However, unlike Tuberville, he has not  filed any paperwork to run.

If Tuberville does win, he says his coaching career will be over.

The primary for the 2018 Alabama governor’s race will be on June 5th of that year. As of now, Democrat, Christopher A. Countryman is the only candidate to officially declare.