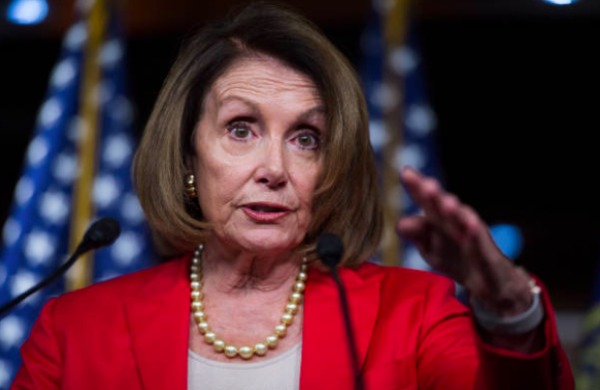 People I know and respect — people I either mingled with as friends or worked with in warm professional relationships — have argued with me this year about the quality and value of MSNBC. These friends of mine (they remain friends and will continue to remain friends; we are bigger than the disagreements we have) think that MSNBC focuses on what is important and does not try to stir up emotions.

I have written on this topic earlier in the year, so I won’t go into the details of recent months. However, with the midterm elections one month away, the costs of what I believe to be MSNBC’s misguided coverage are coming into focus.

MSNBC has been Michael Avenatti’s best friend. The network has spent a lot of time focusing on the Russia probe. As I have argued before, it’s not as though these people or stories deserve to be wiped away from nightly broadcasts, but they shouldn’t be occupying full hours. They deserve 20 minutes. There are 40 other minutes of real estate on an hour-long broadcast in which climate change, banking deregulation, housing trends, health care tensions, and so many other issues much more pertinent to the daily lives of Americans can be covered.

What if — what if — those issues were covered along with the ratings grabbers? What if media outlets suddenly talking about climate change today — after the Intergovernmental Panel on Climate Change released its alarming report which is making the rounds — had been covering the story all along?

We might have citizens — those in the center-left segment of the American electorate — who are focused less on political combat and more on reshaping the issues which more directly affect their quality of life.

When major media organs claim to be left of center but focus so consistently on palace intrigue or the machinations of governments, these bread-and-butter issues don’t make their way into the political realm. The politicians, political consultants, columnists and reporters which regularly sit in front of the TV cameras continue to craft the narratives they want citizens to hear. The people who run TV networks (and their shows) or publish newspapers either have to steer these opinion-shapers and press them in the direction of issues which relate to everyday life, or they need to shove them aside and insist on reportage which reflects grassroots values connected to ordinary human experience.

We are not seeing this in (ostensibly) left-of-center media organs and a Democratic Party which works in concert with them.

What is the result?

Weeks before Election Day, this is what we get:

Certain to vote in 2018 based on late-Sept Gallup poll:

Young voters can make a difference if they decide to show up to the polls! https://t.co/yrNxNNsxLG

The percentage of voters in the 18-29 demographic was much lower in the 2014 midterms — in the mid-teens — so by comparison, that’s a noticeable improvement. Yet, for roughly 3 in 4 young voters to still not vote in 2018, after everything which has happened the past two years, shows how little the Democratic Party is connecting with a group of voters which, if mobilized, could create an electoral juggernaut.

Shouldn’t the Democratic Party’s many consultants and strategists — particularly those who get so much airtime on television — focus on non-voters, the people who stayed home in droves in 2016, instead of the small sliver of people (as a percentage of those who actually voted) who pulled the lever for Jill Stein? Shouldn’t any respectable Democratic political figure be focused on awakening the large numbers of dormant voters who have yet to be inspired, and who could become reliable electoral resources for generations?

Yet, what do you hear Democratic insiders in the Beltway and its central organisms — the DNC and the DCCC — say? They talk about winning Republican moderates, or white suburban women, or independents… not the poor, not the young, not Latinos. If they ever do talk about those groups, it is rarely through the prism of economic policies which could empower those groups. Race and cultural identity are the go-to moves for leaders and prominent personalities in the Democratic Party.

There is so much money and so much emergent sophistication in politics and, more precisely, political research. Don’t you think that if political parties and campaigns and candidates really wanted to focus on the poor and the young and minorities — not in empty speech, but at a sincere gut level manifested in actions — they would have done so by now?

What a searing indictment it is that even now, in light of everything that is happening in the United States of 2018, the ceiling for voter participation among eligible Americans aged 18-29 is roughly 30 percent, just under 1 in 3.

Maybe the Democrats will run up the score in blue states. They probably will win the House of Representatives, but their chances of taking the Senate are not good. They need hundreds of thousands of young people in red states to care, but they don’t seem to be connecting.

Such is the disconnect of the Democratic Party, an organization which needs a transformation which can only come from significant changes in leadership.