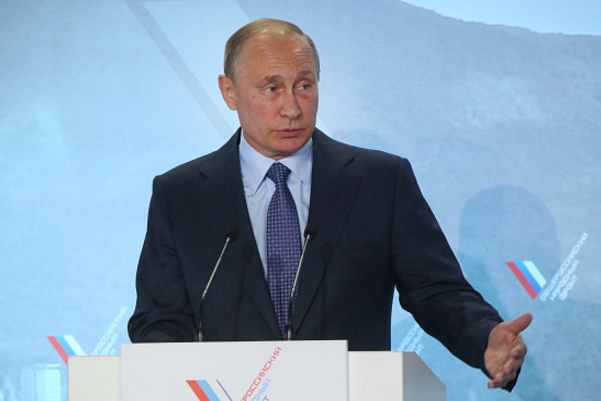 Since the beginning of the presidential election, there have been numerous allegations of the involvement of Russia. Vladimir Putin has been accused of participating both directly and indirectly and influencing the presidential election. The mainstream media has pointed the finger at Putin for being responsible for leading and pivoting more for Donald Trump than Hillary Clinton. Clinton, has also pointed the finger back at Putin in trying to change the rules in her disfavor of the upcoming elections on November 8th, 2016. Some, led by Trump, say that the system for electing the new president is rigged.

The supporters of Donald Trump acknowledge that the system for the elections this November is tampered and works against the Trump’s campaign. Some others supporters on the Clinton side denounce, along with the Democratic National Committee, that Russia is involved in the proceedings of the U.S. elections and therefore disfavor Clinton’s campaign. The President of Russia, Vladimir Putin, has said numerous times it has nothing to do with the U.S. presidential elections and that it was not him per se. It is possible to assume that Putin will find Donald Trump to be a better choice to have as the new Commander-in-Chief than Hillary Clinton. However, there is no particular evidence or undeniable proof about Putin’s personal choice in regards to the U.S. elections.

That goes to say that Putin will be more comfortable dealing and negotiating on foreign relations and improve, as a result, the bi-lateral ties between the United States and Russia in the future. Laura Mills, who works for the Wall Street Journal reports, “Mr. Putin said that Russia’s support for Mr. Trump had been invented by Western media and that it was part of a ‘political battle, an attempt to manipulate public opinion on the eve of elections.’ He said the Kremlin would welcome any candidate who expressed a desire for improved relations with Moscow.” (27 October 2016). Russia keeps refuting any claims from the United States that the Kremlin is responsible for maneuvering and manipulating the elections. A so-called “fabrication of the West by the mainstream media.”

Since the alleged hacking at the DNC, many people working for Clinton’s campaign are also raising their hands in denouncing that Russia is behind the hacking attacks and the retrieval of batches of emails from the campaign’s headquarters of the Democratic National Committee. The WSJ reports,” “’Does anybody seriously think that Russia could somehow influence the choice of the American people?’ he said. ‘Is it a banana republic or something? America is a great power.’” Vladimir Putin keeps telling to the American Nnews media that Russia has nothing to do with the U.S. elections. Putin reinforces his statement as saying that the U.S. is a high power and Russia is not in any way influencing its agenda for the U.S. presidential elections.

The New York Times reports, “He argued that U.S. elites have used the ‘mythical and fictitious’ issue to distract attention from real problems such as government debt and police violence.” In this statement, it is presumable that there is somewhat some distracting forces at play coming from public opinions. Many speculate that these types of distractions are in place for steering away from the real issues facing the nation. These political forces have also damaged the authenticity, the loyalty, and the fairness measures at running an honest and loyal presidential campaign for both candidates.

The NYT writes, “Putin added that it’s not clear what stance the next U.S. president will take toward Russia, but added that Moscow welcomes campaign statements about normalizing ties.” The Russian President wants to reassure the American people that whoever is elected to be the American President, he will work with either selected candidates. From that quote, Putin does not offer some favoritism or bias toward any a candidate’s preferences. From the same journalistic source, “‘I would like to have such propaganda machine in Russia, but, regrettably, there is no such thing,’ Putin said with a note of sarcasm. ‘We don’t have such global media as CNN, BBC and others.'”

The propaganda perhaps comes from the mainstream media within the political establishment of the United States. Its stance on conducting the presidential campaign for both Democrats and Republicans involved are tangible and questionable. There are important political clashes which come from both nominees. The mainstream media has demonstrated in its editorial and columns that most of the corporate media empire is favoring Hillary Clinton rather than Donald Trump for the next president. Many news agencies have shown their true side of the election in linking Hillary Clinton running for president.

Despite it all, the civil war in Syria has direct consequences on the tensed diplomatic relations between Washington and Moscow on how to establish a permanent ceasefire. From the same source, “Russia-West relations have plummeted to their lowest point since the Cold War era amid the Ukrainian crisis and differences over the war in Syria.” In the end, Putin re-ascertains that he will accept either nominated candidates for president as long as the U.S. relations and Russia can resume in a peaceful manner.