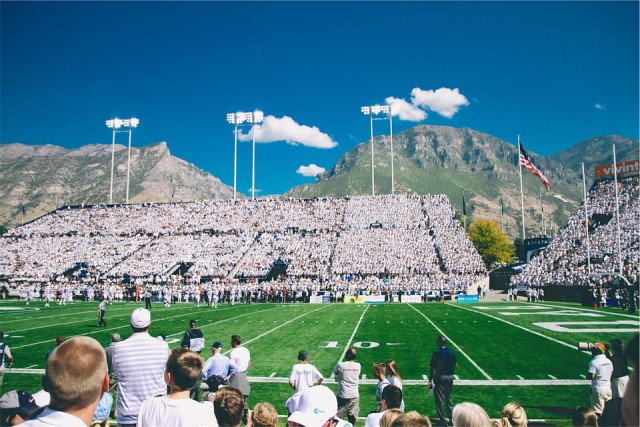 Tomorrow marks the start of week 15 in the NFL and the playoff race is heating up for some teams. So in honor of week 15, here’s our writing staff’s prediction for this week’s NFL games.

Game Notes: Despite the Tampa Bay Buccaneers coming off a heartbreaking loss to the New Orleans Saints they have what looks to be an easier match up vs the St. Louis Rams as the Rams front seven has been getting it done.

Game Notes: The Cowboys are 1-8 with Tony Romo and the just keep spiraling downward. A lot needs to change for the Cowboys if they want to be Bowles’ Jets.

Game Notes: This could be an upset, but probably not. The Panthers are playing at an even higher level than the Super Bowl XXXVIII losing team led by Jake Delhomme. We expect this to be another Panthers win.

Game Notes: At 8-5 the Vikings are tumbling but good news for them they are playing the Bears. Teddy Bridgewater needs to get back to normal to lead the Purple People Eaters back to the playoffs.

Game Notes: The Jaguars are hot, they put up 51 points last week against the depleted Colts and now they match up with a team that has lost 6 straight. The Jaguars will take this one.

Game Notes: Despite losing 27-6 vs the New England Patriots the Texans will rebound for an easy win against a Luck-less Colts squad.

Game Notes: Patriots are back on track and there’s no way they should drop this game to the Titans.

1PM
Aaron: Chiefs by 17
Derek: Chiefs by 14
Tanner: Chiefs by 10
Game Notes: No team is more ready for the off-season than the Baltimore Ravens. Their fall from grace has left them struggling to put points on the board without their three main producers.

1PM
Aaron: Bills by 2
Derek: Bills by 17
Tanner: Redskins by 7
Game Notes: The Buffalo Bills should take this one but I’m not to sure not the Redskins have started to move a little. This game comes down to Rex Ryan and his ability to keep calm and lead his squad to a victory.

4:05 PM
Aaron: Seahawks by 32
Derek: Seahawks by 20
Tanner: Seahawks by 14
Game Notes: Russell Wilson is on fire and it’s not gonna stop against on of the worst defenses in the NFL. Look for the Seahawks to take full advantage of the opportunity.

Aaron: Packers by 6
Derek: Raiders by 7
Tanner:  Packers by 7
Game Notes: The Packers need Eddie Lacy to come through once again and put a stop to a feisty young Raiders squad led by Derek Carr.

4:25 PM
Aaron: Steelers by 24
Derek: Steelers by 7
Tanner: Steelers by 14
Game Notes: We’re picking the Steelers here because last week vs the Raiders was a prime example that the young Brock Osweiler can’t do it all himself. If Manning is healthy, this becomes a quarterback position battle.

4:25 PM
Aaron: Dolphins by 10
Derek: Dolphins by 6
Tanner: Dolphins by 7
Game Notes: Despite how bad the Dolphins really are the Chargers are worse. Phillip Rivers has been ice cold since losing Keenan Allen. The Dolphins have got this all locked up.

Games Notes: The last Alabama QB to win an NFL game was Jeff Rutledge in 1987, but we two of our analysts seem to think AJ McCarron is gonna turn that streak around and put Cincinnati back on track.

Games Notes: The Cardinals can’t possibly lose to the Eagles…. Or could they?

Games Notes: Two out of three writer recommend picking the Saints but this one thinks the Lions can win. This game comes down to Drew Brees and Sean Payton re-visiting their glory days.

That’s all for this week, so stop on by to see how you stacked up. Come back next week for another set of Sports and Politics Pick Em.

Image courtesy of pixabay via a Creative Commons License