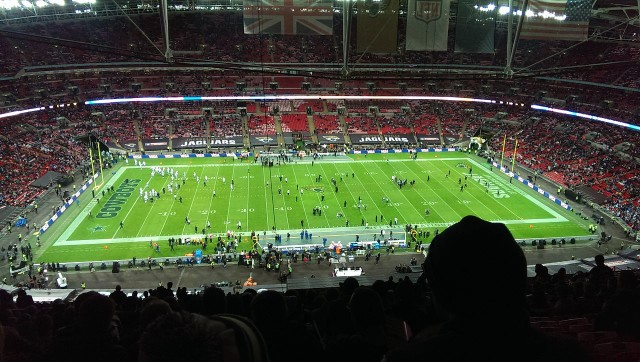 Gone are the days when the Jacksonville Jaguars were regular playoff contenders, in fact 16 years gone. But a new and unusual trend has started in Jacksonville, they’re actually starting to win. In part because of second year quarterback Blake Bortles and the rest of the team’s youth. The active Jacksonville Jaguars roster currently boasts an average age 0f 25.5 and only four over the age of 30.

At the helm is second year quarterback Blake Bortles. Bortles play this year has been able to transform the face of the team. Currently Bortles 30 touchdowns rank him 3rd in the league, and with 3 weeks left that number could very well surpass 40. In addition, the 23 year old has 19 more touchdowns and 4 less interceptions than last year. If Bortles continues his terror, the future looks bright here in Jacksonville for the UCF star.

Behind Blake Bortles is T.J. Yeldon. While only finding the end zone a total of 3 times this entire season the 22 year old has become dynamic with 740 rushing yards 279 receiving and 36 receptions. Yeldon’s ability to ease some pressure off Bortles has allowed the Jaguars to score more points, including a 51 point outing vs the Indianapolis Colts last week. The future looks good if the former Alabama back can continue to stay healthy. 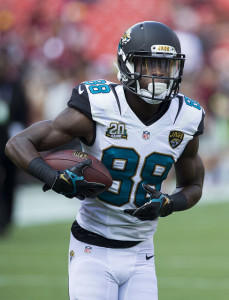 At 24 years old, Hurns is another second year player that is surpassing expectations. The former University of Miami has already surpassed his last year totals and it’s been a long while since have had a good receiver to rely on. Hurns has over 800 yards this year and 8 touchdowns, barring any injury I wouldn’t expect the young receiver to slow down.

If one young stud receiver wasn’t enough, then how about two. Allen Robinson is a rookie out of Penn State, who should be in talks for rookie of the year as his 12 touchdowns tie him for first in the league. Not to mention his 1,084 rank him 8th in the league. Robinson could turn out to be the next Jimmy Smith in Jacksonville if he and Hurns continue to complement well.

While Thomas has been a disappoint stats wise this year it should be noted that he’s still reeled in 5 touchdowns. The blockbuster free agent has a lot to prove next year and hopefully injuries won’t hamper him next year. But Thomas should become a big part of this team going forward.

The only thing the Jacksonville Jaguars haven’t done this year is play defense. That has been most of their downfall. They stand as the 30th ranked defense and for that they are 5-8. If this team can go into this off-season and find some young guys in the draft and pick up a veteran or two to change the historical bad Jaguars defense, then this team should have no problem getting back to the playoffs. They very well could become dangerous.