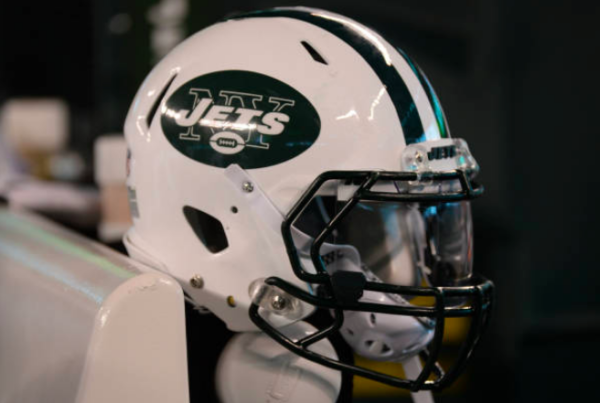 Just you all know, I’m a diehard fan of the New York Jets. Going into the season, I had already given up on Todd Bowles and the ability for this team to win more than three games. I was all in on the tank train. Last year I was the conductor of the “fire Todd Bowles, hire Chip Kelly, and sign Jay Cutler” train. Now that the Jets are 4-5 and that ship has sailed, I’m fully on board the playoff hopes bandwagon. Hopes for my team have never made a complete 180 before, but they say there’s a first for everything. If the Jets miss the playoffs this year, the 2017 Jets would be the biggest morons in the history of the NFL for not tanking the season properly.

I’ll be the first one to admit it: I’m a biased fan, not an objective journalist, but from the perspective of the fan that I am, here are the hopes I have for the Jets playoff chances.

The elephant in the room, or at least should be elephant in the room, is that the NFC’s level of play has been dwarfing the AFC’s level of play. Just look at a bunch of AFC teams’ records; there’s only three teams for whom I have some respect in their abilities as football teams (Patriots, Steelers, and Chiefs). Worst of all, only the Patriots are real Super Bowl contenders of these three teams. The Rams, Seahawks, Saints, Eagles, and Cowboys would all beat out every team in the AFC not named the Patriots. The North, East, and South are almost set in stone at this point, but I think the Titans take the South, just because of their quarterback play. I know the fan-base will be pounding their chests after winning the division, but really they should thank DeShaun Watson’s ACL for giving away the division.

The only reason I’m even writing this is because the Jets are in the AFC. If they played in the NFC, I’d be writing their eulogy, irate that they even won four games. It is overwhelmingly probable that the two AFC Wild Card teams will be two 8-8 teams, possibly even a 7-9 team. Just look at the top contenders. The Bills and Jaguars are the only teams above .500 (5-3). The Dolphins are the only team that is .500 (4-4). The next three (Ravens, Raiders, and Jets) are all 4-5. Look at the Raiders’ schedule. They will lose at least three more games (Patriots, Cowboys, and Eagles). And that’s giving them the benefit of the doubt; they definitely won’t be favored traveling to Kansas City. In all likelihood, the Raiders finish 7-9.

Unfortunately for the Jets, they also have a tough schedule coming up. They’re going to have to pull off an upset against Carolina or even Kansas City. It’s not realistic for them to go on the road and beat the Saints or the Patriots. If you’re a gambler, just bet on the Patriots and the Saints to cover the spread now, no questions asked. It’s more realistic for the Jets to beat Cam Newton at home, because Cam Newton is an inconsistent quarterback. He’s talented, but his head isn’t on straight sometimes. If the Jets are opportunistic enough, the Jets can get this game in the bag. Sometimes, Carolina just plays crappy games against teams they should easily beat; just ask Tyrod Taylor and Mitchell Trubisky. They can beat the Chiefs too, but this would be more difficult. As far as the Chiefs go, the Jets need to hope that they whiff on defense big time, which is unlikely. Andy Reid is a better head coach than Ron Rivera, not even close. The only reason I’m giving the Jets a fighting chance against Kansas City is because they’re playing at home. Without one of these upsets taking place, it would be impossible for the Jets to make the playoffs.

The Ravens are the luckiest team in the history of the NFL. They have a lightweight schedule. Moreover, they’re likely to beat out a 7-9 Raiders team solely because Derek Carr got injured the week before they played each other. If Derek Carr played against Baltimore, the Raiders finish the season 8-8 and beat out another 8-8 Ravens team with the head-to-head tiebreak. I’m confident that they’ll lose in Pittsburgh and lose at home to Detroit. Other than that, the Ravens will finish 9-7 and make the playoffs thanks to their lightweight schedule, like the Wisconsin Badgers of NFL teams. I’m not even anxious about them; I just accepted the fact that they’ll beat out the Jets as the top Wild Card team. Congratulations to Baltimore for being the Billy Madison of NFL teams. They’re going to make the playoffs because their dad knew a guy who knew a guy who knew a guy.

As a Jet fan and consequently, a Patriots hater, I find myself in a dilemma, but for the next seven games I’m actually rooting as hard for the Patriots as I am for the Jets, just because the Jets absolutely need it. In fact, the worst thing to happen to the Jets is the Chiefs beating the Patriots. This decreases the Jets playoff chances by about 50%. I learned a lesson from this: be careful what you wish for. Patriot fans are over this loss by now because they will most likely finish the season at 14-2 or 13-3, and now we’re screwed. Karma really is a b****. Think about it, if the Jets beat the Chiefs, the Chiefs would be 5-4, the Patriots would be 7-1. Assuming both teams win-out in this scenario, the Patriots would be the definite number one seed coming into week 17 against the Jets and they would probably rest their starters, giving the Jets a freebie. Now, we have to rely on an upset against Carolina or Kansas City in order to make it. Yikes.

I’m just crossing my fingers for failure on the part of Buffalo and Jacksonville. In the next six games, Jacksonville has four toss-ups (Chargers, Colts, Cardinals, Texans and Niners) one guaranteed win (Cleveland) and two guaranteed losses (at Seattle and at Tennessee.) I’m confident enough that they lose five of these games, making them 8-8 and the Jets beat them out as long as they get one of their needed upsets. Buffalo is in the same boat. Buffalo has four more guaranteed losses: both New England games, their game this Sunday against New Orleans, and in Kansas City. I’m crossing my fingers that they lose to San Diego and split with the Dolphins. I’m not even just a fan of the Jets this season. I’m really a fan of the Jets, Patriots, Chargers, Colts, and any NFC team who plays an AFC team.

PS: As soon as the Jets playoff hopes are shot, make sure to read my next column destroying these idiots for winning too many games.

Have a Good Weekend Everybody