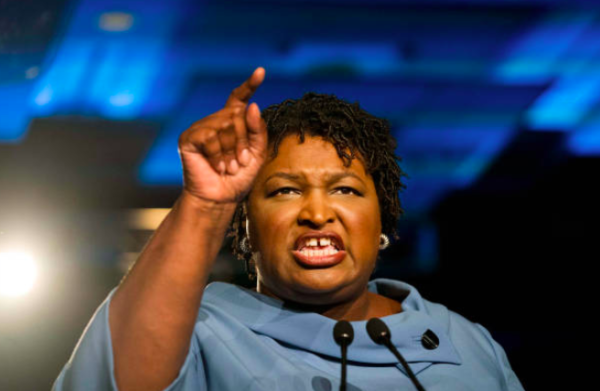 “But Matt, WHY do you keep insisting on certain points? We get it. Enough, already!”

When I hear those kinds of well-intentioned statements, I typically respond with something to the effect of, “When this stops being an issue or problem, I’ll stop mentioning it.”

The way MSNBC covers news and current events — something I don’t choose to follow with my time, but which I am nevertheless exposed to on a constant basis due to a beloved family member’s insistence on watching it — is hurting the Democratic Party. It is therefore also hurting the causes progressive Americans hold dear.

I keep saying it not to bore you all to tears or irritate you to death, but to point out why this matters. These repeated and accumulated instances keep chipping away at progressive political needs, and as I have said before, one doesn’t have to have “ideological media or programming” and be untruthful in reporting or coverage. Selection of content is so much of the battle here — not all of it, but most. If “left-leaning media” simply chose better stories on a consistent basis, that in itself would help take care of (albeit NOT GUARANTEE) the other main part of the equation: speaking about issues in a way which properly frames political and policy questions.

What do I mean by this?

MSNBC covered the Mississippi Senate runoff between Cindy Hyde-Smith and Mike Espy. That was a good move. It was an important election existing in isolation, and it deserved coverage for all the obvious reasons. Hyde-Smith was very likely to win, but her public remarks deserved attention, and any purportedly left-leaning media outlet should have made that point known. MSNBC, to its credit, did that.

However, the network then dropped the ball the following seven days before another runoff in the South.

Wait, another runoff? Who? Where?

It wasn’t in the U.S. Senate. It wasn’t a national election… but it should have been very important to cover for any outlet which claims to align itself with a left-of-center (or farther left) perspective.

Republican Brad Raffensperger defeated Democrat John Barrow in the Georgia Secretary of State runoff on Tuesday. The margin was close to 52,000 votes, a 52-48 decision.

The number crunchers offered this note:

It’s likely fewer than 37% of Stacey Abrams voters bothered to vote in yesterday’s GA Secretary of State runoff. Had even 40% showed up, Dems would’ve probably won the office.

This election did not receive anything close to the level of coverage MSNBC gave to the Mississippi Senate runoff. Of the prime-time hours I watched with family, I can’t recall any segment being devoted to this election. Maybe there were a few segments I missed, but in terms of total airtime, it obviously wasn’t close to Mike Espy’s bid to upset Cindy Hyde-Smith the week before.

How can that be?

This should have been national news. It wasn’t — not on the supposedly “left-leaning” cable network.

This is what the American Left continues to lack: coordination and consistency with coverage of a full range of stories that matter to progressives. If there was real coordination, MSNBC would have been on this story, which would enable Rachel Maddow’s viewers and Lawrence O’Donnell’s viewers to be more active and vocal on social media, on blogs, and in other forums — including those in Georgia — which might have activated a higher percentage of Stacey Abrams’ base. More focused coverage could have pushed the Abrams-voter turnout into the low 40s to give Barrow the push he needed.

Now, a Republican is poised to continue what Brian Kemp did.

Left media in America — it exists, and it has its biases and flaws… but it could at least try being politically effective. At MSNBC, certainly in this instance, it wasn’t.

I will keep mentioning instances like these until they cease to exist.