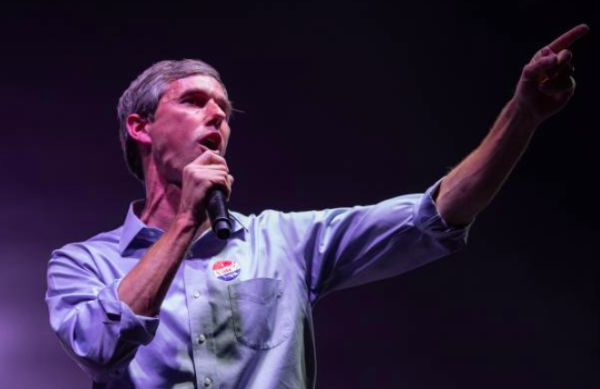 This was an historic election. This was a record turnout.

Those two statements, mentioned a lot on mainstream media outlets the past few weeks, aren’t even wrong… but like so much content the mainstream media puts out these days, it lacks crucial degrees of context and perspective.

Yes, the nearly 117 million ballots cast in these midterms represents a large increase in the number of ballots cast for a midterm. The 100-million mark had never been reached before in a midterm. The 2014 midterms attracted just over 83 million voters. In 2002, the figure was just over 80 million. The 117 million figure is not insignificant. That’s a lot of extra votes cast, helping to explain the Democrats’ now-final pickup of 40 seats for a 235-200 advantage in the House of Representatives.

And this was RECORD turnout?

Let’s realize that turnout rates in previous midterms set the bar very low. 2018 cleared that bar by a considerable margin, but the end result is that a fraction less than HALF of all eligible voters cast ballots.

My goodness: What if Democrats could get that turnout rate to just 60 in future midterm elections?

Forget 75 (three-fourths) or 67 (two-thirds), or even 62.5 (five-eighths). Just 60 percent — 3 of every 5 voters actually casting a vote — would represent a tremendous amount of connection and engagement with the electorate.

In the upcoming 2020 presidential election — whose turnout was in the low 60s in 2016 — Democrats would love to hit at least 67 (two-thirds) and ideally 70. If they can hit 67, that will show that they are resonating with the electorate not just in terms of selling voters on their policies, but crucially, selling previous non-voters on the need to vote.

Maybe we can call the 2018 midterms historic, but we shouldn’t accept similarly low standards in future elections — not when so much of the electorate remains untapped, and possibly still disinterested in voting. Some voters don’t vote because of economics or logistics, but it is hard to think that represents a vast majority of voters. Apathy or unawareness have to be seen as substantial contributing factors.

As successful as Democrats were in this election, the share of the electorate represented by Latino voters was 11 percent. That was up from eight percent in the 2014 midterms. It’s a noticeable and important gain, but not transformative in a way which completely changes the game. Beto O’Rourke has certainly opened up Texas and pushed Texas in the direction of a purple state, but the next step for him and Texas Democrats is to much more dramatically increase Latino turnout.

In Florida, the other side of Latino turnout emerged — not in the raw turnout figures, but in the percentages of Latinos who voted in the Senate and gubernatorial races. Senate candidate Bill Nelson and gubernatorial candidate Andrew Gillum won among Latinos, but only by nine to 10 points, in the 54-44 / 54-45 range. That’s nowhere near what Democrats need to do in statewide races. They need anti-Trump Puerto Ricans relocating to Florida to show up in huge numbers and make the Latino vote much closer to 60-40 than 55-45. Such a shift likely would have enabled Nelson to beat Rick Scott, and it could have given Gillum much more of a chance against Ron DeSantis.

To be sure, the Democrats made significant and noteworthy gains in this election. Yet, they know they still have to close the sale with minority voters in volume and in voting preference to a much greater degree if they want to win Senate and governor seats at an even greater rate, enough to turn the United States Senate blue and gain more control of statehouses for 2021.

The Democrats took a huge step forward, but they can’t rest on their laurels. Taking the next steps will be even more difficult as the party tries to reset its priorities and points of emphasis in the House, Senate, governorships, and in the soon-to-be-unveiled presidential primary field.