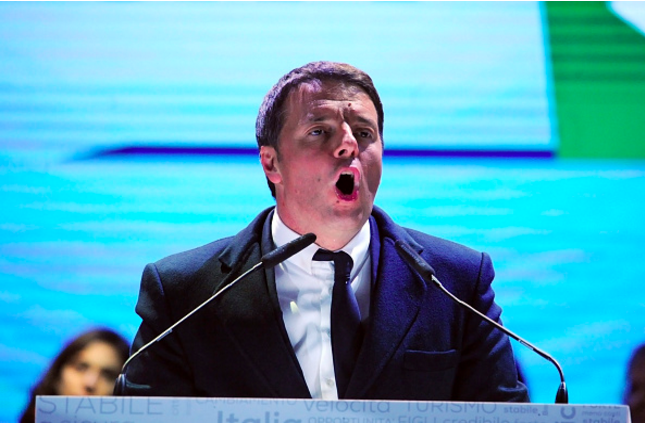 Since the creation of the European Union in 1992, the country of Italy has been mired in a series of financial crises rocking the country to its core. Italy is the second European Union member state to be in financial troubles over its fiscal, constitutional, social, and economic reforms that have not led up to its expectations so far. The early trouble signs of Greece–with pitiless credit defaults on Greek consumerism, rise of unemployment, and significant public debts to creditors and investors–have damaged Italy significantly as well. It became a sort of economic contagion and disease that would make Britain vote on June 23rd to leave the EU (which became known as the Brexit), and don’t forget the almost Grexit as well.

The European Union Committee in Brussels pointed out early on the first signs of economic and social legislations’ weaknesses in which the Prime Minister, Matteo Renzi, has not been an effective political figure to boost Italy’s economy. On the contrary, Italy keeps suffering from a high rate of unemployment, low GDP, economic turmoil, and social unrest that stirs the country into a new and uncertain path–the rise of populism. Whether or not Italy will remain within the EU will be for voters to decide tomorrow. The anti-establishment sentiment of anti-immigration reforms has been underway for some time.

Since the unprecedented migration crisis which weakened the European Union last year in 2015, many European countries closed their national borders to avoid any spill-over, coupled with strong anti-migration sentiments. For months, Italy suffered boats after boats of refugees and migrants who came on Italian shores to seek a better life from their war torn out homes and countries from Syria, North Africa, Afghanistan, and Iraq. The downfall of Italy could stem from that international crisis on massive and uncontrolled migration pouring into Europe borders.

Washington Post reports, “The biggest change would be to Italy’s lumbering lawmaking process. The revised Constitution no longer would require both chambers of Parliament to vote on all legislation, including after each time a bill gets amended.” (3 December 2016). It is essential that Italian voters make conscious voting decisions for a better choice yes or no. The same source says, “Renzi, his center-left allies, and banks and industrialists say the reforms would help modernize Italy. Opponents, including the populist 5-Star Movement, which is now the chief rival of Renzi’s Democrats, contend the reforms would erode democracy by concentrating too much power in the premier’s office.”

The Five Star Movement rose to power to counter-attack Renzi’s engagement reforms that seem to be in shambles, and as a result, Renzi has seen his popularity dwindle and voters losing confidence. Many concerned Italians lost trust and faith in Renzi’s promises to make Itlay a high country again. The entire European Union experienced this year the departure of Great Britain, sending a chilling message of antagonism, anti-European feelings of economic uncertainty, and anti-European international trades and economic ties. Italy seemingly experiences a resurfacing of threatening populism as the EU’s future hangs in the balance.

The Guardian reports, “‘Today we have to have a huge ambition, which is to think that Italy cannot exist for the coming months and coming years in a situation of uncertainty, instability, quagmire, hesitation,’ Renzi said at the time.” Even though Renzi’s reassuring message is one of optimism, it hides a darker picture about the future of the EU and its uncertain short future of trying to solidify its European ties to the rest of the world. It is clear that as of today, there are more than five others EU member states who are considering a referendum whether or not to stay or leave the EU altogether.

The same news source writes, “Renzi faces a critical referendum on 4 December on constitutional reform that is likely to end in his defeat and resignation from office. It is a contest he probably could have won quite easily 18 months ago.” There is a high chance but with not certainty that Renzi will be forced to leave office and give his resignation letter. The fragility of the European Union has been witnessing social and economic fissures that threaten to fracture the entire linking chain of the EU. Greece is still under floating buoyancy warning in cash-in capital for short-term economic recovery, and Itlay is damaged by its political quagmire of its own. Spain still struggles to decrease its rate of unemployment and social instability.

There is a consensus amongst world leaders that the European Union is in danger as more EU nation-states are a general referendum. Forbes reports, “One could argue that the root of all this, once again, is: ‘it’s the economy, stupid.’ Italy is facing several major economic problems. It is one of the European PIIGS (Portugal, Ireland, Italy, Greece, & Spain) that people couldn’t stop talking about a few years ago.” These five EU nation-states are also considering exiting the European Union: France, Netherlands, Italy, Danmark, and Greece.

It is important to note that there are institutional and political fissures that would likely push the entire European Union to crack open, and the likelihood of an EU domino effect would take place. There is more anti-EU skepticism, populism, nationalism, and closing all EU borders issues that European citizens want to address in desperation. More European states are for protectionism, and the EU seem to be a lesser choice at the moment. The EU’s lifeline is on life support, and the faith, resilience and the belief that the EU would remain healthy are less and less economically plausible.