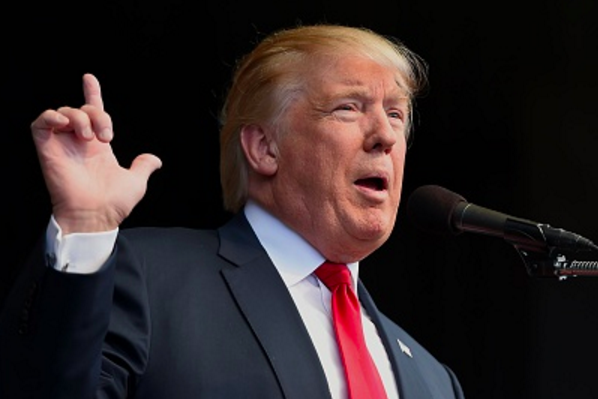 Since a tape from 2005 featuring harassing and sexually charged comments by GOP presidential nominee Donald Trump was released, dozens of GOP elected officials and other luminaries in the Republican party have come out and stated they are withdrawing their support for his campaign and will not vote for him, in addition to condemning and rejecting his comments and behaviors towards women as suggested by the tape. While this should be considered the ethically and morally sound thing to do, rather than examining the problematic nature of Trump’s comments, and why he should be rejected and called out for his behavior, this article is going to look at the consequences of many of these elected officials withdrawing their support from Trump with just a month to go before this November’s election. Simply put, GOP elected officials in competitive November elections are playing with fire by rejecting Trump now.

First off, here are a couple of lists you can reference for Republicans who have unendorsed Trump in recent days, The first is from USA Today, and the second is from RedState. I’m only going to focus on Republicans who are up for re-election this year, and have competitive races, which precludes those like Governor Susana Martinez that aren’t on the ballot this year. It’s hard to tell how the effect of Trump’s movement will impact the GOP in coming years.

Senators Rob Portman (OH), Kelly Ayotte (NH), John McCain (AZ), and Mark Kirk (IL)–plus Darryl Glenn (CO) and Rep. Joe Heck (NV) who are running for Senate–face competitive elections in just over a month, and either withdrew their support or reiterated their lack of support for Trump. On the House side, Republican reps Mike Coffman, Cresent Hardy, Will Hurd, Mia Love, Bob Dold, David Jolly, and Barbara Comstock are all in races that Cook Political rates as in-play this November, and likewise withdrew their support for Trump or reiterated their lack of support. All of these candidates are in competitive areas, and many will need ticket splitters to win if Clinton captures their states, which is likely in the case of the Illinois, Colorado, and New Hampshire senate races for sure.

Thus, from a political perspective, distancing themselves from Trump and his candidacy is a play for the votes of those ticket splitters–in particular the female voters who will be disgusted by Trump’s comments and behaviors, but may hold views that are closer to the conservative side of the aisle on policy and personality. Senators such as Portman and McCain are already ahead and simply need to not lose support, which could happen if Trump collapses in their states.

However, this approach from a purely political perspective is a serious mistake by these candidates, and the simple rationale is this. There are very few voters who are already comfortable with the Democratic candidate, or leaning Democratic, that will now reconsider a Republican because they have simply rejected Trump, in particular after they supported his candidacy for months. Additionally, presuming the Democratic candidates in these races have competent campaign teams, if they sense a groundswell against Trump among women and swing voters, they will be hammering the Republican and tying their policy, and them personally, to an unpopular Trump–something Democrats have already been trying to do for months when a gaffe-prone Trump was gifted to their campaigns.

This defensive move will gain the consideration of few voters, but it could ensure most, or all of these candidates go down to defeat in November if Trump supporters decide to be vindictive in return and withdraw their votes from Republicans they may not already been totally behind, including moderates like McCain and Jolly. The next week will decide whether Trump carries on in the race, but presumably he will as a wounded candidate with a bruised ego, and his behavior in the past has suggested he will lash out at those he feels are disloyal and have abandoned him and his loyal supporters for their own gain.

Trump’s successful efforts to trash and defame other Republicans such as Jeb Bush, Mitt Romney, and even more conservative rivals such as Ben Carson and Ted Cruz were successful enough for him to get the GOP nomination in the first place, and if he goes nuclear and turns on his own party–something his closest surrogates such as Rudy Giuliani and his own Twitter account have suggested–he could succeed in mortally wounding GOP House and Senate candidates, and bringing them down with him.

Polls and the general nature of Trump’s movement show that a vast majority of his core supporters trust and are more loyal to him than the typical Republican official. While previously Trump had an uneasy shotgun marriage with many GOP establishment figures, now he could revert to his natural instinct of attacking and projecting the rest of the way at all of those he views as his opponents, not just Hillary Clinton. Running mate Mike Pence and former campaign chief Paul Manafort were brought in as peacemakers with the traditional GOP, but clearly they can’t contain Trump from shooting off at the hip, as he really only listens to himself. Trump’s voters see him as a cleansing, and redeeming influence on the Republican party, and by turning against Trump, these Republican simply look like the corrupt figures that Trump warned about in the primary.

Trump’s dirty attacks at these Republicans as “disloyal,” “losers,” “chokers,” “weak,” “corrupt,” etc. certainly won’t convince a majority of Republican voters to vote for another candidate or skip that race on their ballot, but if he can convince even just a small fraction of Republicans to pull back their support from candidates like Kirk and Heck, that would be more than enough votes to ensure they lose. Trump will have a big stage for the next month to try to drag the entire Republican party, which he never respected in the first place, down with him.

Thus, even though it’s too late now, it’s quite possible we’ll see in hindsight that it would have been politically wiser for Republicans to try to ride out the negative news around Trump as they have before, and stick to their own races and views. Disagreeing and condemning the comments won’t be enough for a lot of voters if they continue to support Trump, but I’m not sure how many of those voters would have backed Republicans anyway at a time when the divide between the parties is a chasm, not a creek. Like it or not, the GOP establishment has to live with the fact it’s going to take Trump voters for them to win elections in the near future, even if they try to reshape the Republican party long-term. There is a reason why moderate candidates who called for some semblance of unity, such as Lindsey Graham and Jeb Bush, didn’t get very far in the primaries.

As a matter of conscience Republicans can vote for or write-in whoever they want on the private ballot, but calling for Trump to stand down–a nearly impossible prospect at this point, legally and otherwise–or saying they won’t vote for him in public is a mistake; it’s poking a wounded and angry bear who is bigger than they are.

Think you can write about politics and this election? Want to have your voice heard during this election cycle? Submit a sample article to join the Sports&Politics team and write for us.