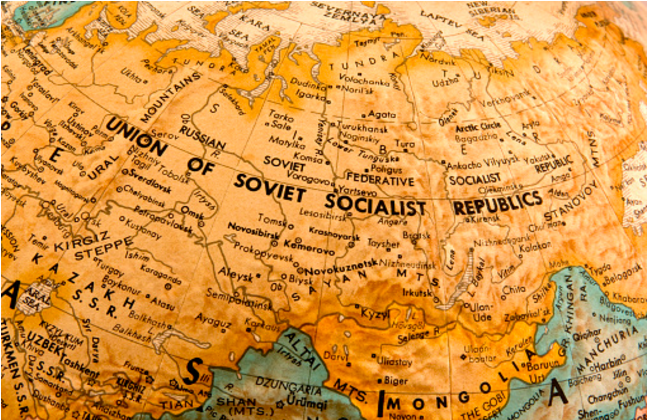 The fall of the Soviet Union happened 25 years ago. On December 25th, 1991, on Chrismas Day, the fate of the Soviet Union was already decided, and there was no coming back to its once glory days. The history of the former Soviet Union and its monumental empire dominating the entire continent of the eastern regional peninsula and beyond was impressive, powerful, and stood out from the rest of the world. The Soviet Union was made of several constituent states with a blend of historical heritage, religious groups, and different ethnic communities, with a large body of growing concerns over the political divide that would, later on, break apart the entire Soviet Union.

The Soviet Union, or the Union of Soviet Socialist Republics (USSR), was ruled by a potent Communist regime. The Soviet Empire was too vast to be politically governed, and the vastness of the entire continent from the Baltic Sea states all the way to Siberia was unmanageable and ungovernable at times. A superpower, as any other empire throughout the history of the world, has always risen and after that fallen, crumbled, and collapsed either politically, military, or economically.

The Soviet Union was an enormous political system rooted in Communism ideology and Bolshevism from far-left radical dissidents. That communist doctrine led to the eventual demise of the Soviet Union where greater inequalities among people, social distresses, religious divisions amongst various groups, and the unbridled system of communism made the Soviet Union poorer instead of richer. More significant divisions, such as social fissures within the Soviet Parliament, meant the Kremlin was under immense pressure to adopt reforms for radical changes and step up to the revolutionary era of Glasnost (free speech) and Perestroika (economic restructuring plan).

During that time, social and economic changes were needed to re-direct the empire into comfortable and affordable ways for most of the population to survive. Communism had brought in its wake long-lasting times of poverty, great social inequalities, and the rise of nationalists and the fervor of nationalism, which would stir up and disturbed minds of millions to adhere and advocate for drastic measures. These political and social reforms failed in its attempt to unify the people of the Socialist Republics. Instead, the Soviet Union was on its way to being dismantled on all sides.

USA Today reports, “MOSCOW — Twenty-five years ago this Christmas Day, the Soviet Union disappeared. A superpower was suddenly gone and 15 new countries appeared in its place: Russia, Ukraine, Belarus, Uzbekistan, Kazakhstan, Kyrgyzstan, Tajikistan, Turkmenistan, Georgia, Azerbaijan, Moldova, Armenia, Estonia, Latvia and Lithuania.” (24 December 2016). All of these new states demanded to be independent and require their national independence by having their own historical, political, social, and economical government where freedom, economic liberties, social civilities and independence would boost people’s optimism for integrating the European Union later on.”

The same source investigates: “While Communism was not a political system he admired, the Soviet Union was a place where there was ‘real unity’ between the people of the different republics. ‘In this way, (Russian President Vladimir) Putin was right,’ Andreev says. ‘The breakup was the worst thing that happened to us.'” To Vladimir Putin the actual President of Russia now, he believes that “it was the greatest tragedy of the 20th century.” There are opinions on both sides–that communism has improved lives for many former Soviet Union residents and some others are happy that the Soviet Union collapsed and would not rise again from its remnant past.

National Geographic reports, “Those who ruled the Soviet Union distrusted and feared their citizens; the citizens, in turn, distrusted and feared their government. And yet this tenuous empire survived for nearly 70 years and three generations, dominating the 20th century.” It is important to state that many citizens who belong to this vast empire were fearful, on the brink of survival, scared of the implication of the government, diminished human rights, and freedom of expressions was not as prominent as people once thought. Glasnost (free speech) was a significant element of change and movement forward.

From the same source, “At its apex in the 1970s, the U.S.S.R. comprised nearly 300 million people and 100 distinct ethnic groups, stretching across 11 time zones on the largest landmass on Earth. It developed nuclear weapons, sent cosmonauts into space, and generated power, pride, and fear.” That quote from National Geographic about the zenith of the Soviet Union shows the larger-than-life scale of the USSR and how it became too difficult to maintain, govern, and keep various ethnic groups and communities together.

It could be said that the USSR was at its highest times in the 1970s and 1980s, where socialist life was both embraced and rejected at the same time. It was also apparently viewed with fear, objections, acceptance, and struggle for adaptability. The socialist life of the former Soviet Union was too divided, too radicalized, and too dis-homogenized for Bolshevism to make its promises stand firm and kept on going. Communism has failed to unite people together and also brought in its wake daily struggle for food, security, hardship, and hard life’s labor for a meager existence in the Soviet Socialist Republics.