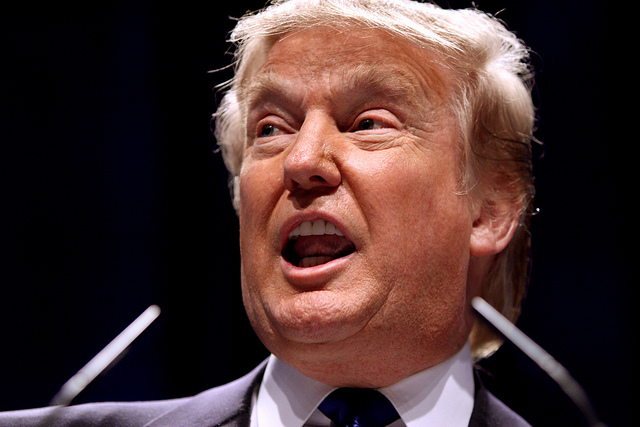 At a campaign rally on Saturday, Donald Trump called for a “total and complete shutdown of Muslims entering the United States” until the country’s representatives can “figure out what is going on.” But it didn’t end when his campaign press released a statement on Monday that upheld Trump’s comments.

The statement justified his comments by asserting that the Muslim population living in the United States has a hatred towards us, but provides no basis other than:

“Without looking at the various polling data, it is obvious to anybody the hatred is beyond comprehension,” Trump said a statement. “Where this hatred comes from and why we will have to determine. Until we are able to determine and understand this problem and the dangerous threat it poses, our country cannot be the victims of horrendous attacks by people that believe only in jihad, and have no sense of reason or respect for human life. If I win the election for president, we are going to make America great again.”

What’s the keyword in this sentence? Without looking at polling data. Trump didn’t even take the time to do his research and look at polls. He got a little windbag syndrome and went with it. It’s hard to take him seriously if he refuses to do his research. Plus he ends with his let’s make America great again.

I ask how would he do this. Trump wants to make America great by ostracizing and eliminating everybody that looks different or has other beliefs as his own, very authoritarian if you asked me. It gets scary though because we still have months until the actual election and Trump isn’t even close to finished. Trump’s callus character and insensitivity will haunt him come election time, and for good reason.

Courtesy of Gage Skidmore via a Creative Commons License