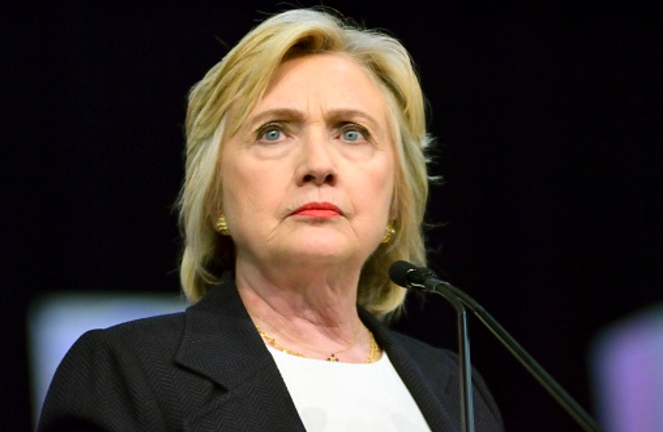 There is a darker story about the real inner-workings and goasl of the Clinton Foundation. It is believed that the Clinton Foundation has been used to funnel colossal amount of money, estimated in billions of dollars, to their international charitable organization. Since Hillary Clinton decided to run for the next president of the United States, there have been controversies over criminal investigations re-surfacing and past scandals. The Benghazi attack on September 11th, 2012, the State Department emails, and the deletions of 33,000 emails from her personal server at home in New York. These are some of the scandals that have surfaced in recent times and are exposing some of the cover-ups and corruptible activities at the highest level.

The Atlantic reports, “What is it? Since the Clintons have a long history of controversies, there are any number of past scandals that continue to float around, especially in conservative media: Whitewater. Troopergate. Paula Jones. Monica Lewinsky. Travelgate. Vince Foster’s suicide. Juanita Broaddrick.” (28 October 2016). Since the first appearances of the Clintons onto the political scene, there have been numerous scandals involving the Clintons and how they conducted their political career for the last 30 to 40 years. As a matter of fact, the continuous stream of daily released e-mails from WikiLeaks is a testimony of what was going on behind the scenes while Hillary Clinton was Secretary of State.

The news media is talking on a daily basis in the surfacing of new developments about the real agenda of Hillary Clinton and her clandestine activities behind the Clinton Foundation. In the latest of a series of troubling revelations, Iran, Russia, and the United States are implicated in a cash flow scandal over a uranium deal. According to The New York Times, “Since uranium is considered a strategic asset, with implications for national security, the deal had to be approved by a committee composed of representatives from a number of United States government agencies. Among the agencies that eventually signed off was the State Department, then headed by Mr. Clinton’s wife, Hillary Rodham Clinton.” (23 April 2015)

While Hillary Clinton had unrestricted access to various national security doors and back doors, the secret sale gave Russians control over one-fifth of the uranium production capacity from the United States. The country of Iran agreed to pay a large sum of money to the Clinton Foundation in return. Iran was secretly acquiring more enriched uranium through the pay-for-play, which has been emerging again and again in newly discovered e-mails. Russia during that time was able to gain a large chunk of uranium control production, both regarding its capacity and quantity, signed off by the State Department and Hillary Clinton.

The NYT writes, “One and the Clinton Foundation were unearthed by Peter Schweizer, a former fellow at the right-leaning Hoover Institution and author of the forthcoming book Clinton Cash.” In this shocking but not surprising twist about the real intentions of Hillary Clinton’s affairs, her time as the Secretary of State has proven to be beneficial allowing foreign donors from Saudi Arabia, Iran, Turkey, and others Middle Eastern countries to partake in the successful pay-for-play scheme. The Clinton Foundation has been receiving and accepting donations from unfriendly allies to the United States.

Newsweek reports, “Enemies of Hillary Clinton waiting to discredit her bid for the White House are likely to seize on news that one of the biggest benefactors to the Clinton Foundation has been trading with Iran and may be in breach of US sanctions imposed on the country.” (4 April 2015). Both enemies and allies from the Clinton Foundation have been donating to the foundation for seemingly-unscrupulous reasons. Iran has benefited during that time to enrich its uranium, despite numerous sanctions imposed by the United States. Many assume that the Clintons concentrated on acquiring cash flow no matter how dangerous or unethical it was.

It is immoral, unethical, and a significant threat to national security when it comes to the genuine and innocent nature of the Clinton Foundation’s real engagement and purpose. Worldwide, the Clinton Foundation has been utilized as a machine in building its cash flow empire regardless of the repercussions. There are less than six days left before the official election for the next president, and more breaking news stories are encircling the Clinton Foundation–how it was used to enrich the Clinton family dynasty and how much dirty and laundering money was in effect transferred to the Clinton Foundation.