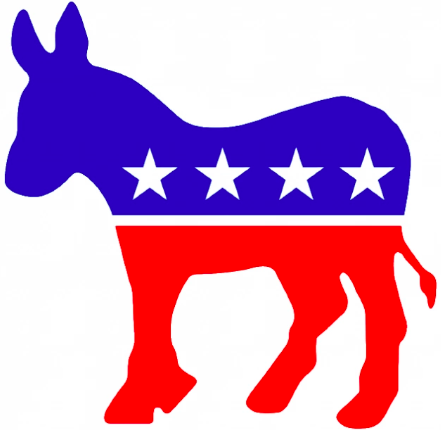 This political column is roughly one month old. One month does not do a lot to advance the relationship between any writer and any group of readers. One month of writing begins a relationship; it doesn’t lend completion or fullness to that relationship. You have begun to get a sense of what I write about and how I write about it.

Why be a self-described progressive, yet someone who has chosen to criticize — in his first few columns here at Sports and Politics — MSNBC pundit analysis, MSNBC programming decisions, and DNC Chairman Tom Perez?

I don’t approve of what Republicans have done and are doing, but if we were to ask ourselves how positive change happens in our country, let’s begin with a construct that is easy to understand and appreciate.

Spouses, siblings, parents and children, close friends — people who know each other and care about each other, people who spend a lot of time with each other — can speak forcefully to each other precisely because of a shared history, shared intimacy, and an established emotional investment in the other’s success and well-being.

Family members and very close friends can rebuke each other. They can speak tough truths because they know the other person will respect them enough to listen, absorb, and sincerely contemplate what is being said. People who care for each other will point out when one person or a part of the group does something wrong or is on the verge of making a mistake. Loved ones call each other to the truth and aren’t afraid to provide corrective guidance.

Anger between people in an intimate relationship is natural and a necessary pathway to growth. Yes, that anger must obviously be expressed in a constructive way. People must learn how to effectively communicate in the midst of their anger… but anger can be productive. It is not — and should not become — a default setting or a regular reflex action, but in certain circumstances, it has power in intimate relationships.

On the other hand, relationships between or among strangers can’t generally absorb or process anger in the same way — not even close. Two people who know virtually nothing about each other, whether on the street or Twitter or in a city council meeting, can’t expect to vent a very focused form of anger at someone else and forge consensus, healing, mutual understanding, or other positive outcomes. When two people don’t have any shared frames of reference or any common points of awareness in their life stories, they can’t begin to relate to each other or know what the other is going through. Anger becomes an attack, an indictment of a way of life, a punch thrown in a boxing ring and the realm of political or ideological combat.

This is why as a progressive, I find it important to criticize — in these columns — media companies, individuals, and organizations which, while not progressive in their entirety, certainly reside closer to the American Left than the American Right.

I have to deal with my own family and my own house before I criticize those in other houses, other neighborhoods, other states, other countries, and other continents.

As a progressive, I could criticize Republicans until the cows could home. What would that mean? It would be one more grain of sand on a beach. Criticizing those who are (at least supposedly) claiming to uphold progressive values and principles, but aren’t living up to them, is a far more productive and meaningful way for me to use a weekly column or any other public platform.

What does integrity mean in an applied sense, not a dictionary-definition sense? Integrity means doing the right thing when no one else is watching or no one is there to police a given act. Integrity, in an applied form, is a football wide receiver watching a pass short-hop into his arms near the sideline as he tries to make a diving catch, and then conceding to the referee that the pass is incomplete, instead of trying to claim he caught the ball for a legal reception of a pass and a first down. THAT is integrity.

Let’s use another specific turn of phrase: Integrity means doing by — and for — yourself what you want the world to do. Integrity, in other words, means living by the following principle: “If everyone in the world did this thing or lived this way, the world would be much better.” That doesn’t mean another soul will, in fact, follow that same example. It refers to the value of personal practice and consistency.

That’s why I will criticize establishment Democrats before Republicans, MSNBC before Fox, and Nancy Pelosi before Trump.

With that in mind, here is this week’s brief note about American political discourse: Americans are generally very averse to criticizing their own political party, group or tribe.

This doesn’t mean Americans don’t find a lot of flaws with their own party — I’m sure they do — but the finer point of emphasis is that for every self-criticism (of one’s own party or ideological group), the criticisms of ideological opponents are far more numerous. These are the comments and criticisms which get huge numbers of social shares and possess viral components on the internet. Criticizing the opponent “out there” (the group who strongly disagrees with you) is so much easier and more popular than rebuking the opponent within your own party or subgroup.

If you can appreciate this — I’m certain you can — you then understand why American political discourse has to be able to exhibit critical thinking beyond an A-B-C linear pattern.

What am I referring to? It’s not that complicated.

Person A criticizes Trump. Ergo, Democrats are more inclined than Republicans to praise Person A, no matter what Person A’s credentials are. The linear A-B-C nature of political discourse and thought makes the direct link between a person and his/her level of wisdom, solely based on one act or posture, all because it is agreed upon that criticizing President Trump is a great and noble thing.

Had President Obama said the same thing Trump said — and for all of Trump’s unusual behavior relative to past presidents, there is still considerable overlap among American presidencies on various issues, most commonly foreign policy, which is and has been more monolithic or unilateral for decades — chances are Democrats would agree with Obama. The person saying something or doing something — due to an association with a political party — will encounter agreement or disagreement regardless of the content and quality of his actions. This won’t always happen, but it will happen often enough to notice and become a normal part of American political life.

If we weren’t so partisan and tribalist — if we weren’t so consumed by the need to criticize ideological opponents first, and our own political group later (if at all) — we might oppose bad policies regardless of which President or which party supports them. If we weren’t so reflexively conditioned to yell at strangers in American politics as opposed to our own family members or close friends, we might actually change minds and improve the culture in which we live.

I prefer to criticize my own family members instead of strangers. I would encourage you to do the same. Our political discourse needs a lot more of that, not less. If everyone in the world did this thing or acted in this way, the world would be better.

Integrity needs to gain more of a foothold in how we discuss, litigate, and pursue political campaigns and their attendant goals.