We spend so much time talking about Donald Trump and all the negative chaos he causes on a regular basis. He is, after all, the star of our serial show here. From time to time though we want to make sure we have focused on some of the other loons in this unprecedented political drama. Today’s episode of As The Donald Turns presents, “The Others.”

As The Donald Turns; The Others

“All of the sudden it’s become a big deal now about oppression,” Ditka said. “There has been no oppression in the last 100 years that I know of.” At this point, we feel compelled to bring up Ditka’s educational background. He went to Aliquippa High School near Pittsburgh and then the University of Pittsburgh. We don’t want to impugn the academic opportunities as those two institutions, so we will just say Ditka must not have paid attention in class…or life. According to the Mike, since 1917, there has been no forced segregation. There have been no lynchings of blacks. We have seen no murders of civil rights leaders. There have been no authorities turning police dogs and fire hoses on blacks. Beatings at lunch counters did not happen. You get the point. It must be nice for Iron Mike to live in such a safe bubble.

It is amazing how this has become a thing. For 88 years, the teams stayed in the locker room during the national anthem, except for ceremonial games like the championship games/Super Bowl. The Department of Defense started paying the NFL money to have military services, coming home celebrations, and other ceremonies, and the teams had to be out there. Fast forward to Colin Kaeprnick’s understated and silent protest for social justice that was ignored by most players. Then we go to Donald making an issue of a non-issue and, typical of everything he touches, chaos ensues.

We have gone from a silent protest about inequality in America, to players protesting being called a S-O-B by the president of the United States, to Donald and his ilk turning this into a disrespecting of the flag and the national anthem. Much like Donald’s nine-month tenure as president, there is so little focus, that messages get twisted. Clearly, the NFL Players Association will have issues with players being told they must stand.

It is yet to be seen if a player is going to challenge this. Would Jones really sit starting quarterback Dak Prescott if he took a knee during the anthem? And what of the season ticket holders. It is safe to say, that in Dallas, they mostly agree with Jones’ stance on the issue. But what if the Cowboys lost to the Giants while the starting quarterback sat on the bench. Certainly, they would blame Prescott for taking a principled stance. But at some point, season ticket holders have an expectation that they paid to see the best team Jones could put on the field.

“Why is the NFL getting massive tax breaks while at the same time disrespecting our Anthem, Flag and Country? Change tax law!”

If Donald would ask questions before he tweets from the golden throne in the morning, he would have known the NFL does not have tax exempt status. It voluntarily gave it up in 2015, so as not to be subject to the whims of government. And the teams have always had to pay the same taxes as any other corporation. 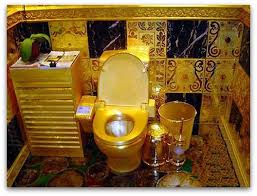 He did an interview with that well-known spreader of “truth,” Sean Hannity Monday night. Bannon expressed his dissatisfaction with the current state of the Republican party, particularly those in the US Senate. Bannon promised to help fundraise money to primary every single Republican senator who is up for re-election in 2018. He is going to help finance candidates who would take the party to the far right of where it currently is.

Of course, there were the comments that Messer’s Tillerson, Mattis, and Kelly were the ones keeping this country from a cataclysmic plummet. There was his comment about the White House being like a day care center. Now, Donald has gone into campaign mode against Corker. Via twitter, he has claimed that he denied Corker’s request for an endorsement next year, and Donald claimed that without his endorsement, Corker had no chance to win so is stepping out instead. Corker’s office has provided the tic-toc on all the communication with the White House, and of course it shows Donald has been wrong about all his comments. So, Donald resorted to what he did in the campaign. He gave Corker a nickname.

“The Failing @nytimes set Liddle’ Bob Corker up by recording his conversation. Was made to sound a fool, and that’s what I am dealing with!”

So that some truth leaks into Donald’s day, Corker’s staff acknowledges they knew the interview was being recorded.  The bigger issue is that while Donald may not like what Corker has had to say, Donald needs Corker more than Corker needs Donald. He is the chair of the Senate Foreign Relations Committee and has supported every Donald legislative proposal, no matter how asinine they were.

We suppose if you can’t publicly trash friends and necessary allies, you have to start looking for “others.”