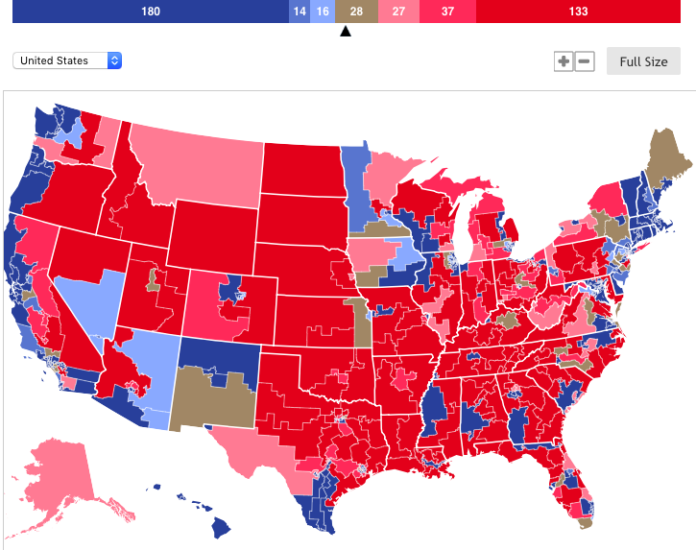 The 2018 election is upon us. Tonight, millions will spend hours following the midterm results, either on television or online. Us here at Sports & Politics have put together a crew to try and break it all down for you. From when the first results come in at 6 PM Eastern until late into the night, we will be discussing the impact of races, big and small, across the country. You won’t hear partisan punditry or bickering from us. We’re just here to tell you how the races are shaping up, who is winning, and what that means for each party as the night goes on and looking ahead to 2020.

You can watch and listen to us on the video embedded here, or you can listen directly on YouTube. The video will go live (and will appear below) very shortly before 6 PM Eastern time.

If you have any questions you’d like us to discuss or have any races that you think we’re not focusing on enough, you can comment either on this post or the YouTube video. We will monitor both to try to answer listener questions.

As you will see, our analysts cover most of the political spectrum. Even so, they can all get along and chat amicably (an unfortunate rarity these days). As mentioned, though, the analysis will be short on punditry and mainly focused on looking at the races as they develop.

Martin Lopez is a recovering young moderate Republican campaign intern and staffer, now working for a DC-based market research firm in Ohio, imbued with a lifelong love and knowledge of politics.

Yesh Ginsburg grew up in Columbus, Ohio, and currently lives in New York City. Yesh loves all sorts of data and statistics (along with college football). His unattainable dream is to be Nate Silver when he grows up. Yesh is a center-right political independent, with no particular love for either political party at the moment.

Steen Kirby is a Democratic political consultant with Florida based Bold Blue Campaigns and a nonpartisan elections analyst and political junkie since 2008.

Matt Zemek volunteered for Bill Bradley in 2000 and Howard Dean in 2004. He voted for Obama in 2008 and Jill Stein in 2012. Matt would have voted for Hillary in 2016 if he voted in Arizona, but since he voted in Washington, he didn’t cast a vote. He will register to vote in Arizona for 2020. He is a Bernie Sanders supporter and Ocasio fan.