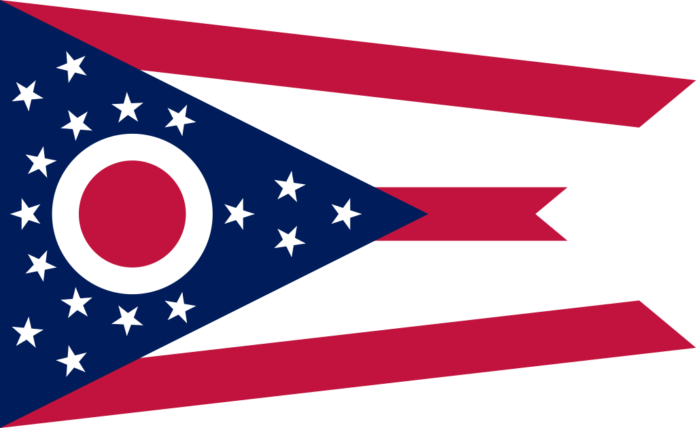 Ohio is too big to cover in one article, with 16 Congressional districts. This article will focus on the first eight districts, which contain mostly rural Republican districts, along with one Democratic Columbus district. The second article will contain three of the Democrats’ four districts in the state, in the northern Ohio areas.

Chabot is a moderate Republican who consistently manages to hold this district, though it turned into a swing district in 2018. If it continued shifting towards the Democrats like it did over the last two years, then Chabot is in trouble.

Schroder is a somewhat liberal Democrat, attacking Chabot on his voting record on issues like guns and healthcare. Both candidates are well-funded in this race, and expect this toss-up to be a tight battle in November.

Wenstrup is a consistent Republican vote who campaigns on his conservative record and an “Ohio first” platform. He rarely struggles in this safe red seat.

Castle is a liberal Democrat running on a pretty standard Democratic Party slate of beliefs, and arguing against Chabot’s conservatism. She’s actually spending a bit of money in this race, which is a little odd for a seat this safe.

Richardson is a conservative running on his history as a veteran. His campaign website requires visitors to sign up for his email list to view his platform.

Beatty is a popular incumbent in this deep blue Columbus-area district. Her policies range from moderate to liberal, and she campaigns on her record and her involvement in the community.

Jordan is a consistent Republican and close ally of President Trump. He’s running on his support for the President and his relatively high ranking within the Republican Party.

Freshour is a moderate Democrat who is actually spending some serious money in this race. Her donations can’t compare to Jordan’s war chest, but she’s forcing the issue here. The campaign push comes from anti-Trump sentiment, as well as the sexual abuse scandal at Ohio State University while Jordan was an assistant wrestling coach there.

Latta is a conservative Republican who pushes for lower spending, and sticks to his record as a pro-life and pro-gun politician.

Rubando is a very liberal Democrat running on a plethora of left-wing policies, including Medicare for All. He is mainly campaigning against Latta’s personal history as well as Latta’s connection to President Trump.

Johnson is a conservative Republican who focuses mainly on the economy, including protecting coal jobs in his section of Ohio. He campaigns on cutting taxes and spending, as well as even Congressional salaries.

Roberts earned about 30% in 2018, and she’s on the ballot again. She does not have a campaign website and she does not seem to be spending any money or aggressively campaigning in this race.

Gibbs is a small government conservative running on his record, as well as cutting regulations, taxes, and government spending.

No Democrats filed for this race initially, so Potter earned his spot on the November ballot with a write-in primary campaign. His campaign is based on fighting back against Republican policies.

Davidson is a generally conservative Republican, though he is more moderate on some issues, like Social Security. He is popular in this district and should be safe in this deep red seat.

Enoch is campaigning on Davidson’s record, claiming that he has voted the wrong way on issues related to the economy, welfare, and foreign policy, among others. She is not spending heavily, which makes sense given the district.

Republicans control seven of these eight seats. Only one of these districts (the first) should be competitive in November, but there are interesting notes in other races as well.