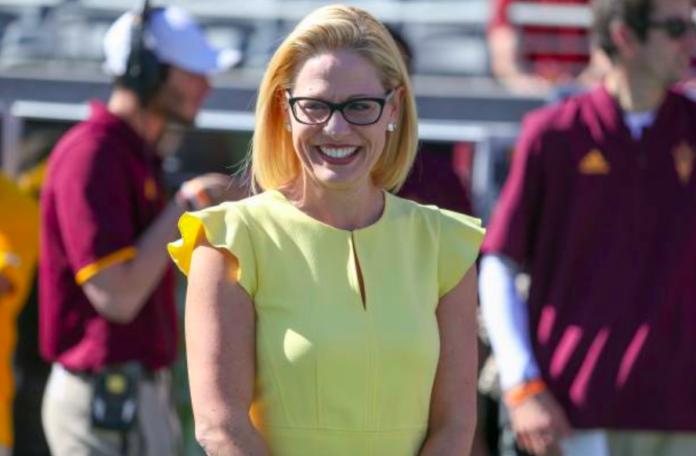 I am a Democratic Socialist. You might be a conservative Republican. Your friend might be an establishment Democrat. Your next-door neighbor might love John Kasich and think that a third party is needed in this country.

Everyone in that group outlined above could reasonably come away from the 2018 midterm elections thinking their side was powerfully validated in some way. This is the inconvenient truth of the midterms, a truth which will be much more decisively tested and reshaped in 2020.

Sure, on a very broad level, Democrats did well in this election. The slow-moving counts in Sun Belt states — due to mail-in ballots being postmarked on Election Day and not arriving until later in the week — are moving to the Democrats’ column. The Arizona Senate race is very close to being called (as of Monday morning) for Kyrsten Sinema over Martha McSally. Other races previously felt to be Republican holds late on Election Night are now too close to call, with tens of thousands of mail-in ballots still to be counted as of Monday, Nov. 12. This is leading to bigger numbers and gains for the Democrats. To be fair to Tom Perez and the folks at the Democratic National Committee, no, they didn’t completely screw things up.

Yet, it’s not as though this election should be seen as a total validation of the Democrats or a total repudiation of the Republicans. I don’t say this because I’m a Democratic Socialist. I say this because of the larger backdrop to these elections and some basic facts which emerged from them. Translated: I would like to think that regardless of one’s own political or ideological orientation, one can engage in responsible analysis and not be viewed as partisan for making basic claims which should not be controversial.

What can Republicans gain from this election? They won nearly all of the important downballot races in Ohio plus the governorship. Only Sherrod Brown in the Senate gave the Democrats a significant national win in Ohio. The Republicans — recounts and all — should win the governorship in Florida. Donald Trump turned out his base, whereas the youth vote — embodied by David Hogg and the Parkland community — was not substantial enough to alter the electoral calculus from the left. Republicans have to feel good about winning Ohio and Florida in the 2020 presidential election. That’s no small thing. One could make a very legitimate argument that Arizona is now more of a swing/purple/undecided state than Florida. That’s not an airtight argument, but it certainly can’t be dismissed.

Within the Democratic Party, it is perfectly logical to say that the Bernie Sanders wing took a beating. Bernie-backed candidates did not do well in House races at all. Ben Jealous ran a poor campaign for Maryland governor (albeit one which establishment Democrats were slow to support). The big wins by Democratic Socialists in this election cycle came in Democratic primaries with no real Republican opposition in general elections.

Yet, for all the ways in which the Our Revolution-DSA candidates fell short, the Democrats generally moved to the left in this election. Broadly viewed, Democrats DID run on issues — chiefly, health care — more than on the politics of personality. This reality emerged in Arizona, where Sinema — a relatively centrist candidate who has moved steadily to the right since being a Howard Dean-inspired Democrat over a decade ago — nevertheless stayed with a health care message which frustrated McSally to no end. McSally’s exasperation at the preponderance of health care questions she faced on the campaign trail led her to air ads saying that she would fight to cover people with preexisting conditions, even though her voting record indicated exactly the opposite.

Democrats — even the centrist Blue Dog types — ran on health care. That’s a leftward shift, and also a shift toward policy over identity, which is how Democrats have long claimed they need to run campaigns. The 2016 elections, if anything, moved Dems away from the center, not closer to it. Both establishment Democrats and DSA folks can point to a validation of their philosophies.

Does it seem as though all of the above points really don’t undercut the idea that the Democrats did great? If so, let me give you this point:

National media outlets, in the days before Election Day, talked about how remarkably high turnout was. Yes, over 100 million people voted in these midterms, the first time that has ever happened.

A minor detail: Our population has never been larger.

National turnout, while larger than ever before for a midterm in terms of raw numbers, was still just below HALF of all eligible voters, at 49 percent. This follows a 2016 presidential election in which roughly 60 percent of voters voted.

Imagine what Democrats could achieve if presidential elections hit 75-percent turnout and midterms hit 65. Yes, among the votes which were counted, the Democrats did well, but getting much higher turnout rates could have given the Democrats the United States Senate. That the Democrats still can’t reach a huge chunk of the country is an indictment of the way they present themselves to the public, even at a time when the Trump presidency should make the Democrats supremely popular.

If you think the 2018 elections validated your philosophy, you’re right… but so is the political opponent sitting next to you on a bus or subway train. 2020 will likely make a more definitive declaration about where our nation’s politics truly stand.