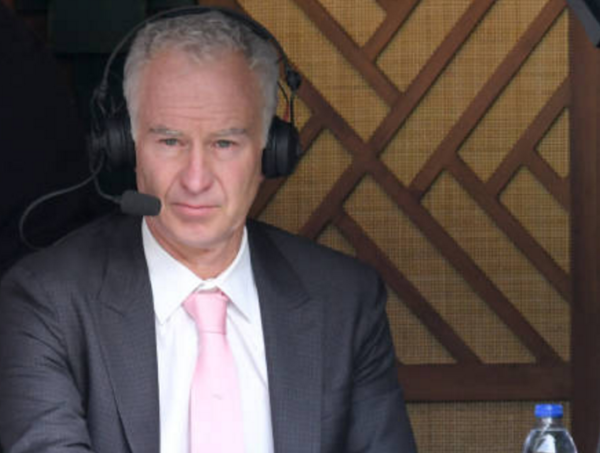 Recently, John McEnroe was interviewed about Serena Williams. In the entire interview, he did nothing short of praise Serena for her greatness on the tennis court and even called her “the best female player ever, no question.”  What more can you ask for, right? Well, don’t hold your breath with social media’s outrage police who are ready to rake you over the coals if you don’t say exactly what they want to hear/read. What’s also worth noting is that John McEnroe wasn’t even the one who brought up Serena Williams playing in the ATP, this was clearly pushed by the interviewer. Once the interviewer brought it up, McEnroe responded accordingly, like any honest tennis analyst would. It’s not like he went out of his own way to point out the fact that Serena Williams couldn’t compete with men in the ATP. Basic facts about sports and biology show that John McEnroe was correct in his analysis. Why else do you think men’s and women’s sports have been systematically separated for thousands of years?

The reality of sports is that the best men will always beat the best women head-to-head, no matter how you twist it. That’s not me talking, it’s science. Of course, in response to John McEnroe’s reference to basic biology, the keyboard warriors and social justice warriors on the victimhood-embracing social media rushed to their battle stations to chastise John McEnroe’s comments as “sexist” or “degrading.” Of course, none of these brave soldiers on social media took the time to listen to/read the transcript of the interview for the sake of understanding the context in which McEnroe was speaking or read some facts to confirm whether McEnroe was right or wrong. In tennis, for instance, men move faster, and hit significantly harder than women. If you watch tennis consistently, this couldn’t be clearer. This isn’t just about tennis but really just about basic physicality. One interesting statistic is that every high school state track and field champion in Texas would have won a Gold medal and set a world record had he completed with women in the Olympics (8:40.) A more prominent example would be the “Battle of the Sexes” match between Jimmy Connors and Martina Navratilova, in which Connors beat Navratilova 7-5, 6-2, but was only allowed one serve and Navratilova was allowed to hit in the doubles alleys.

The other bone I have to pick is with Serena Williams for lashing out like a twelve year old on Twitter over John McEnroe’s harmless comments. First, she states what McEnroe said wasn’t factually based. Actually it was based on facts, but in the world of Twitter facts are overrated. More importantly, John McEnroe was complimenting her the entire interview; it was just one fact-based remark that set her off. An adult lashing out on social media because she wasn’t praised as a goddess is petty and quite stupid. Even worse, Serena proceeds to make McEnroe’s comments about her privacy because she was having a baby. What?! John McEnroe was talking about your tennis game, not your personal life. Besides, when you’re a professional athlete people will talk about you publicly, especially in reference to how well you can play your particular sport in comparison to others in your sport. Talking about where she would be ranked if she played amongst men has absolutely nothing to do with with her privacy or her pregnancy. McEnroe didn’t even hint at her personal life or pregnancy once, so why even go there? One common excuse for Serena’s childish response on Twitter was that “she’s a strong woman.” Particularly, I heard this come from Eric Davis on Speak For Yourself.(6:18.) Of course, Serena Williams is a strong woman and nobody’s knocking her for that. She looks like a strong woman if she stands up for herself if somebody throws a petty personal attack at her. Coming across as strong or confident is not the same thing as lashing out at people on social media for silly reasons. That’s just a sign of weakness and insecurity.