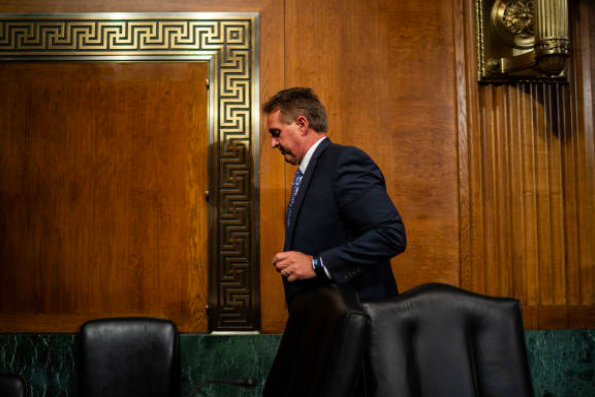 I am not going to dive into the details and nuances of the Judge Kavanaugh-Dr. Ford hearings on Thursday. It is hard to imagine any American NOT having arrived at a firm view of the proceedings — he’s guilty, he’s innocent, or we need further investigation. Beyond those three fundamental positions, very few Americans exist. If they haven’t arrived at one of those three basic views, they likely don’t care.

I don’t like talking about events which dominate the national discourse, because in those moments when one story or one theater of events so fully absorbs national television and media coverage, it is hard to have a sober, thoughtful, measured discussion. Our political culture is so overheated and incendiary to begin with; when the organic drama and cultural weight of a massive event — Thursday’s hearings were exactly that — create through-the-roof emotions, any attempt to appeal to a sense of calm, or reason, simply gets ignored in the larger tidal wave of human tumult. That is not a criticism of any one person, political party, or ideology — it is where our political culture exists on a larger level.

So no, I won’t go into the particulars of the Kavanaugh-Ford hearings or the situation which exists on this Friday morning, the day after those extraordinary proceedings in Washington, D.C. I will instead choose to focus on the American political imagination, which sorely needs something more than a fresh coat of paint. It needs a fresh and entirely new recipe.

You probably heard or saw that U.S. Senator Ted Cruz was confronted at a Washington, D.C. restaurant earlier this week. This comes months after Sarah Huckabee Sanders was similarly confronted at a restaurant in Lexington, Virginia.

Friday morning, Americans saw Senator Jeff Flake — having announced his support for Judge Kavanaugh’s nomination to the United States Supreme Court — being confronted in an elevator by a woman who had been sexually assaulted.

On the heels of that event, this tweet came forth:

I am a Democratic Socialist. I know that many DSA members firmly support the idea of confronting public figures in public settings, using the reasoning that if we make public figures uncomfortable, they might realize what it is like to live uncomfortable lives, and thereby gain a fresh sense of what it is like to live when inconvenienced or disadvantaged in the process of trying to carry on an ordinary existence.

I certainly understand the concepts at work.

What I question is how effective or fruitful the tactic is.

First of all, the greatest way to combat a political opponent is to vote, and Democrats have been — this is not too harsh a criticism — spectacularly bad at getting their supposed constituencies to the polls for a long time. Democrats can’t get much more than half of Latinos to vote in most elections. They can’t get poor people to vote (which should tell you something about how much poor people really do trust Democrats to improve their lives). Democrats don’t get many young people to vote.

Minorities, low-income citizens, young voters — Democrats would dominate American politics if they could get 70 percent of eligible voters in each of these groups to vote on a consistent basis, but they fall 15, 20, 25 percent short with mind-numbing regularity. Start there if you are furious at Senators Flake or Cruz. Let that point sink in.

But voting is something done once every few years. In terms of the continuous flow of life and the course of everyday events in which we might meet — or see from a distance — a public figure walking on the streets or going into a restaurant, there has to be a better way of opening that public official’s eyes than confronting him or her.

Here is how the “politics of confrontation” can be turned from something vicious and antagonistic to something productive and polite, yet still subversive in a way Democratic Socialists could accept.

The next time Ted Cruz or Jeff Flake — anyone you firmly oppose for what you think is an appalling decision or policy stance — walks into a restaurant, don’t get angry. Restaurants are places to enjoy fine food and drink, places where people ought to relax and try to get away from the worries of life for a little while.

Give Cruz or Flake their space. Welcome them, or at least don’t be antagonistic toward them. Let them know they are accepted members of a community, something bigger than their own selves.

Then pull the surprise.

Either announce in public — if you know the rest of the people inside are sympathetic — or tell the owner (if you know s/he is politically sympathetic to your position) that you will pay for Jeff Flake’s dinner. If Flake or any other public figure wants to meet you after you make this gesture, you can then tell the public figure that in his/her honor, you will donate to a sexual assault support group, or to an immigrants’ rights group.

If Ted Cruz is the person involved, you could pay for the Senator’s dinner and say that in honor of his appearance at the restaurant — which you DO welcome, happily and without any negative emotions — you will donate to Beto O’Rourke’s campaign or to immigration attorneys on the U.S.-Mexico border.

Cruz or Flake would register the show of opposition — tangible opposition — to their policies, but they wouldn’t feel physically threatened. After all, THEY wanted to meet YOU because you did something generous for them. (If they refused to meet you, you would just tell the owner to pass along a message when paying the bill, or you could write a note on the receipt.)

This strikes me as a far more productive — and less combative — way to express disagreement and dissatisfaction with the actions and speech of public officials. In this polarized political moment, a lot of anger is vented, often by people representing the more marginalized constituencies in our country. Yet, those marginalized constituencies rarely vote in the numbers needed to effect massive change in the United States.

Does it occur to anyone that a lack of a more creative political imagination is tied to the inability of the American Left — which is culturally ascendant — to gain political power and be seen as politically desirable by roughly half of the people who DO vote in elections?

Those two realities need to be connected more often. The Kavanaugh-Ford theater of events, and yet more confrontations of public figures in public settings, need to mark a time in American politics when Democratic Socialists and others on the left start to change the way they view the politics of public protest.