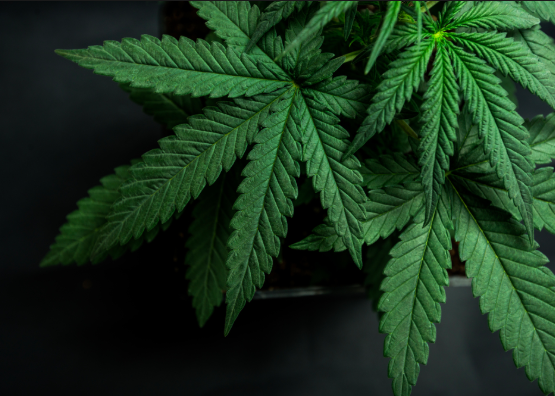 For decades the only way to acquire marijuana was to buy it on the black market or illegally grow it at home. Now Canada is only the second nation in the world to fully legalize medical and recreational cannabis.

South of the border, the United States has been taking a piecemeal approach to legalization. To date, , at least 205 million Americans live in the 33 states (and the District of Columbia, the nation’s capital) where the use of marijuana is legal for medical use. Ten of those states (73 million) also allow recreational use.

(All marijuana use remains illegal under US federal law, though that is not often enforced in states where it has been legalized.)

Perhaps Canada can learn from the US market’s growing pains and serve as a model to the US of how full legalization could work.

For now, it is still inconclusive how legalized marijuana affects society and the world as a whole since we lack substantial information about it yet. In January 2014, Colorado legalized the state-sanctioned sales of marijuana. Several contradictory studies suggest that this triggered either an increase or a decrease in use among youths and adults.

It also is uncertain yet whether medical marijuana is as safe or has the health or pain-relieving benefits that its crusaders claim. Although many advocates deny that marijuana could cause harm to its users—no one has ever been proven to die due to a marijuana overdose—some drug treatment professionals claim that high concentrations of marijuana can cause psychoses.

The most noticeable effect of marijuana legalization is the looming multi-billion-dollar industry. What is less noticeable but equally important are the numerous ways it impacts our society.

The Benefits and Risks of Marijuana Use

So far, no study claims that the use of marijuana can trigger major health hazards or cure all health problems, but some reported benefits include:

One reason marijuana’s benefits and harms are uncertain is that researchers and scientists are still hindered by laws and restrictions on studying cannabis. Also, they are still discovering fresh data about several areas of the drug, such as the relative benefits of its different cannabinoids, mainly tetrahydrocannabinol (THC) and cannabidiol (CBD).

The Societal Impact of Marijuana Legalization

From a public health perspective, several scientific pieces of evidence say that we are still on track finding out the effects of marijuana legalization.

BDS Analytics—a research group and cannabis industry market trend analyst—studied the effect of cannabis legalization on the attitude, motivations, actions, and opinions of Californians. Besides a wealth of details regarding those who use, take, and reject the weed, the study found that the old stigma about cannabis is almost gone.

According to Linda Gilbert, managing director of BDS Analytics, the team can clearly see that there is a shift in the attitude particularly in geographic areas where marijuana is now legal and part of the general lifestyle.

People also are more receptive and accepting of the notion that the use of cannabis is not as unhealthy and impairing as alcohol and other substances, legal and illicit.

So, marijuana users are less sedentary, younger, more likely to work full time and to work out. That should dispel a few stereotypes.

While a 2017 report—commissioned by the National Academies of Sciences, Engineering, and Medicine—found cannabis is an effective treatment for nausea, symptoms of multiple sclerosis, and chronic pain, not all the research is so positive.

The same report also cautioned about the dangers of cannabis, including:

Aside from these, the report also found strong links between heavy marijuana use and the development of mental health issues such as psychoses and schizophrenia.

The authors of the study repeatedly stated that the information on marijuana use is limited. Definitive evidence on the short term and long-term effects of marijuana on our health is still elusive.

Research conducted by Deborah Hasin, an epidemiology professor of the Columbia University’s Mailman School of Public Health reveals another set of results.

The report discloses that marijuana use disorders increased from 2001 to 2013. Hasin noted that when the users’ prevalence is increased, the number of people who get adverse effects from using it also increases.

Policy-makers and legislators are closely monitoring the effect of legalized marijuana use in states like Washington, Colorado, and Oregon. These were the first US states that legalized the use of recreational marijuana.

Several months after legalization, Colorado saw an increase in the number of children hospitalized because of accidental marijuana poisoning. Later, Colorado released a new regulation concerning the labeling and packaging of marijuana. (Massachusetts policymakers are creating their own rules about recreational marijuana and adapting the same labeling regulations made by Colorado.)

The problem now is no longer about expanding the legalization of cannabis but more on the steps legislators must make to manage the perceived risks that come with legalization and the creation of a new industry.

Opponents of marijuana legalization argue that the commercial cultivation, marketing, and sales of cannabis will not benefit anyone except the private groups financing its production and its related merchandise. Certainly, it will not have a positive effect on young people who will be the main target of marketing and advertising initiatives for this product. It will be Big Tobacco all over again.

Should the prevailing trend continue, by 2025, the marijuana industry may go beyond $24 billion in total sales.

Over the years, banning cannabis has its own costs. This includes the cost of arresting, prosecuting, and incarcerating thousands of people for simple use of possession. The ban also gave rise to the creation of a black-market marijuana industry that helps support drug cartels, and even terrorists all over the world.

If legalizing marijuana leads to increased pot use, the major question for legislators and public health experts to consider is whether the negative effects outweighs the positive effects of legalization. Most supporters of marijuana legalization do not hope that more people become intoxicated. They want people to have access to a relatively safe and legal drug that many believe has many health benefits and is less dangerous than many legal substances.

If our response is to be based on science instead of politics and bias, more data is required. The states have tired of waiting for the US government to allow this.