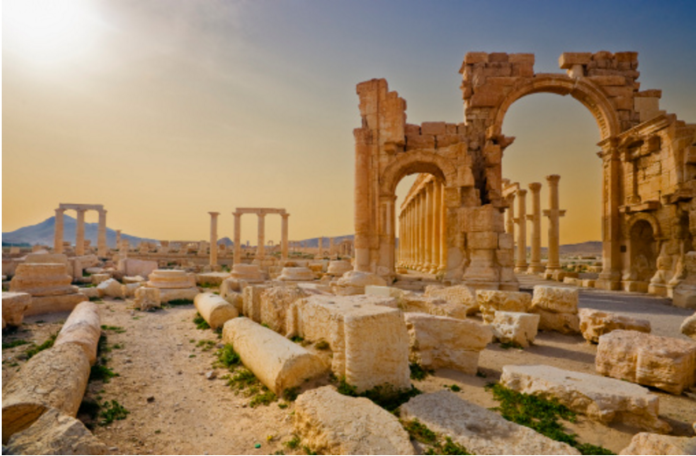 The Islamic State has retaken the city of Palmyra. News media covers the sad reality that the world heritage site by UNESCO has been recaptured by ISIS (Islamic State). The first time that the ancient and symbolic city of Palmyra was invaded by the militia group and ISIS fighters was two years ago in 2014. In the endless civil war in Syria hwere now rebels are pushed back and 90% of their conquered territories in fighting Bashar-al-Assad is now in the hands of the Syrian government again. Progression has been slow, but now it is going into reverse and rebels are losing the fight slowly.

Two significant events could reshape the ongoing civil war in Syria. Firstly, The Syrian government under the regime of Bashar-al-Assad is getting stronger, and the rebels fighting its system are reduced by significant numbers with less and less covered ground. Secondly, the retaking of the city of Palmyra by ISIS means that the Islamic State is far from diminished. ISIS poses serious threats to the already unstable Middle Eastern region. ISIS is responsible for perpetrating multiple suicide attacks with vicious means of targeting innocent persons throughout Europe and the West. Terrorist attacks have been happening across continents in the name of the Islamic State.

The Wall Street Journal reports, “Senior U.K. and French diplomats said Monday that the renewed Islamic State push into the Syrian city of Palmyra demonstrated that Russian forces were focused on propping up President Bashar al-Assad’s regime, not tackling terrorism in the country.” (12 December 2016). The Russian forces have come to dominate the ground and air situation by fighting the Islamic States wherever they may hide, but also, Russia is imposing its military might and its presence in Syria as never before. European diplomats are angry at Russia for letting the Islamic State be back on the sacred ground in re-capturing Palmyra.

WSJ writes, “Islamic State fighters retook the ancient city of Palmyra on Sunday, an embarrassing setback for thousands of Syrian government troops and their Russian allies defending the area after it was captured by the extremist group early this year. Syrian officials said they were preparing a counterattack, and Russian war planes were pounding the city Sunday.” That is indeed a significant push back into a time of desperate measures, counterattacks, and no end in sight to the ongoing war in Aleppo, Syria.

Syrian forces, backed by Russia, continued to retake Aleppo neighborhoods from opposition groups, and the government and opposition forces said Monday that the regime has gained control of almost all of the city. Rebels on Monday lost control of the Sheikh Saeed neighborhood, one of their last remaining neighborhoods, after several days of intense ground combat with regime forces backed by Russian airstrikes and militias comprised of thousands of Shiite Muslim foreign fighters.

NBC News reports, “In winning back Palmyra, the extremist group appeared to be taking advantage of the Syrian and Russian preoccupation with Aleppo, timing its attack to coincide with a major government offensive to capture the last remaining opposition-held neighborhoods in the northern city.” There is a strategic play by ISIS here, and it is clear that the Islamic State are taking advantage of the troubling military setbacks by both Russian and Syrian forces in an attempt to recapture the city of Aleppo by the rebels and militants. It is an open door for ISIS to re-enter Palmyra and re-affirm its terrorist presence.

The same news source says, “Scores of Syrian troops reportedly have been killed in fighting around Palmyra in recent days. While it’s a distraction from the battle for Aleppo, it is unlikely to affect the government’s final push on the last rebel-held neighborhoods in the northern city.” We can assume that ISIS is using the situation in Aleppo as a military, strategic diversion method for the Islamic State, which has regrouped and gotten stronger over that elapsed time needed to retake the ancient city of Palmyra.

“‘Mohammed Hassan al-Homsi, who runs the Palmyra News Network, said ISIS was steering away from northern Syria, where Turkey and the coalition have focused their fight. The militants are eyeing new territory, and they chose Palmyra for its desert terrain linked to Iraq and its surrounding oil and gas fields,’ Al-Homsi said.” Since the battle with ISIS started, the terrorist group has been focusing on spreading terror, attacking innocent lives, and gaining wealth by seizing major oil fields and others resources for profits. The Islamic State operates on taking oil resources, gas, and others resources to amass wealth and survive by reselling their goods.

From this point on, it is no longer a certainty that the civil war in Syria has no end in sight. If Bashar-al Assad repossesses most of the government’s lost territories and wins the battle against the rebel groups and forces on the ground, then the Syrian government and military will not falter under pressure. Assad will remain in power, and there will be no smooth transition of authority demanded by the West and the EU. The war will continue, and more human casualties will continue to mount.