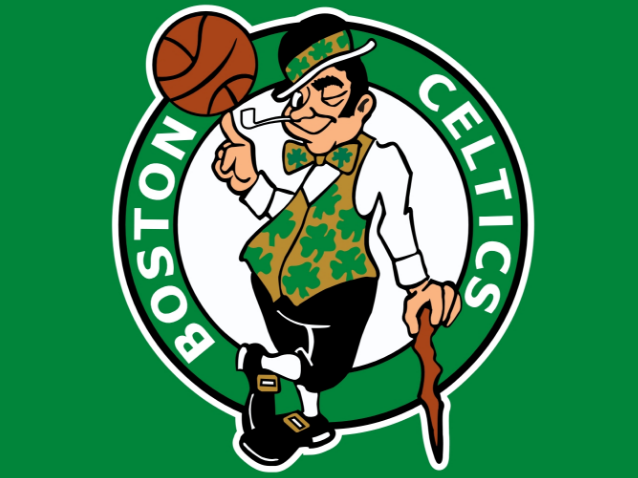 As this Eastern Conference Finals series proceeds, the Boston Celtics still don’t fail to amaze me by managing to get their doors blown off in Game 2 even worse than they did in Game 1. No, the series isn’t over, but it’s over. Even Stevie Wonder can see that there’s no way Boston can go into Cleveland’s arena and pull off a win when they sunk faster than the Titanic in their own arena. All this being taken into account, It couldn’t be clearer that the Boston Celtics are ready to trade their number one pick, quite simply because they have no incentive at all to keep their number one pick. In fact, only a mess of a franchise with an incompetent General Manager would keep this pick. Just think about it for a few minutes and it couldn’t be clearer that Danny Ainge isn’t going to hold his breath on another unproven talent who’s barely old enough to vote.

First and foremost, we have to give recognition to the Boston Celtics as a unique franchise with the number one pick. Most teams throughout the history of the NBA have acquired the number one pick through designed obsolescence like the Lakers, or just years upon years of losing and desperation like the Sixers. The bottom line is this: the NBA draft wasn’t designed for a competent franchise who has competed in a conference finals. It was designed to benefit teams who have had losing records year in and year out and need to get their hands on young, unproven talent. Contrarily, Boston acquired this pick as a winning team through the usage of smart management in a situation in which they can potentially be a winning team in the immediate future. To any team who wins 40 games or more, the draft has always been completely irrelevant; that’s why we have free agency. Is there any point in the Celtics doing the same thing the Lakers and Sixers have done in recent years, which is overload on unproven talent on one end of the court. Since 2014, the Celtics have loaded up on their back court with their first round draft picks. How many of them have even been able to get off the bench? Their last three draft picks are Marcus Smart (2014) Terry Rozier (2015) and Jaylen Brown (2016). )

What has Markelle Fultz proven? What unique skill set does he have? Is there any evidence that shows that his name is anything more than just a buzz? He may have tremendous talent, but top draft picks are normally projects that take years to develop. It’s highly unlikely that you hit the jackpot with a Tim Duncan or a Kobe Bryant who ends up making the playoffs his rookie season. In fact, in the past 20 years, since Tim Duncan, no number one pick has ever made it past the first round of the playoffs in his first season! Fultz wasn’t even able to lead Washington to the NIT; what makes you think he’s going to be an immediate impact on the Celtics’ playoff chances against LeBron James? Just like the 2014-2015 Atlanta Hawks, the Celtics’ success this season was limited to the regular season. As far as the postseason, they don’t match up well with any team. They struggled to beat a downtrodden Bulls team in the first round and they barely slid past the Wizards in seven games. It’s not like John Wall even showed up in the fourth quarter of that final game–talk about catching a break. In other words, winning 53 games in the regular season and getting the one seed is about as significant of an accomplishment as winning a chicken-wing eating contest in middle school. Yes, this Boston Celtics team is headed in the right direction, but what have they actually accomplished in recent years? Nothing.

The timetable for Boston’s success is still ticking. First of all, Isaiah Thomas has one more year of his contract and he’s going to opt out if he doesn’t get a supporting cast. Then he’ll sign with a Western Conference team, because why compete with LeBron when you don’t have to? Furthermore, Boston also has too shallow of a roster to win anything significant, especially in such a competitive era. As much as we all love to root for the little guy, 5’9″ ball-dominating point guards aren’t going to lead your franchise to any significant measure of success. The proof is in the pudding: You need some size on your team in order to win anything worthwhile; just look at every great player and team in the NBA since the 80s. Isaiah Thomas is the Darren Sproles of the NBA; his entire existence depends on his athleticism and agility, which means he has the potential to age quickly. By the time a player of his caliber hits thirty, he’s already over the hill. He’s not a center like Kareem Abdul-Jabbar, who can play into his forties. Defense is the ultimate kryptonite for the Celtics. Isaiah Thomas is a phenomenal offensive player, but is wildly incoherent and a non-factor defensively–just watch five minutes of a playoff game. What you really need is somebody who can really create a match-ups defensively on that roster, such as Jimmy Butler, who is one of the best perimeter defenders in the league. I’m not saying I think Jimmy Butler will beat LeBron James without any luck involved, but if the chips fall in the right places, such as a key players on the Cavaliers getting injured, you’re at the very least competitive against LeBron James.