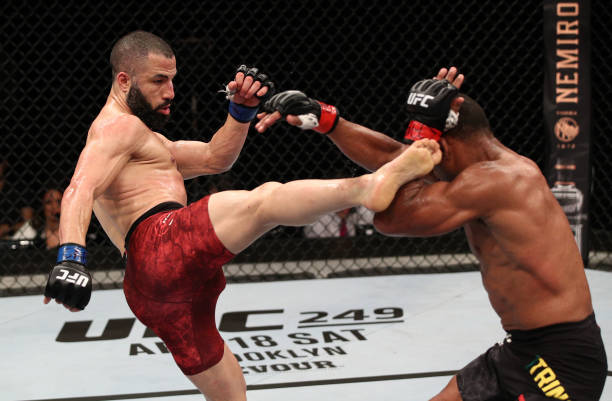 Despite attempts to carry on the competition through the Coronavirus pandemic, the UFC was finally forced to shut down for an indefinite period globally, much like the rest of the sporting world. Prior to the announcement, UFC President Dana White had taken extraordinary measures to keep the UFC 249 event alive, for a time defying regulatory bodies and the regional authorities by trying to move the event to a Native American reservation within California where it would be exempt from public health measures. This is after a UFC fight took place in Brazil in an empty arena even after many sporting competitions had suspended in March. The UFC was also facing problems due to international travel limitations, with among others, world famous fighter Khabib Nurmagomedov trapped in Russia due to the virus. Pressure from broadcast partners finally forced White to relent, and a clouded future for UFC is now set to put serious pressure on the sport’s fighters.

Data from 2019 shows that many fighters were already struggling financially with a system that financially rewards the biggest draws on the fight card, while shortchanging those well below that in the UFC. The average UFC fighter earns $138,000 a year compared to multimillions for sports like the NFL and NBA. With their income now slashed by a lack of fight opportunities, many will be dependent on savings, family and social support, and taking secondary employment for the interim. The teams that support these fighters will also be hurting financially in the interim. This will bring added pressure on UFC to resume as quickly as possible, something that White is already keen to do if the pieces can be put into place.

It’s anticipated the UFC will try to be one of the first major sports to return and when it does, Betway is a great place to check out the odds for each fight and get involved in the action.