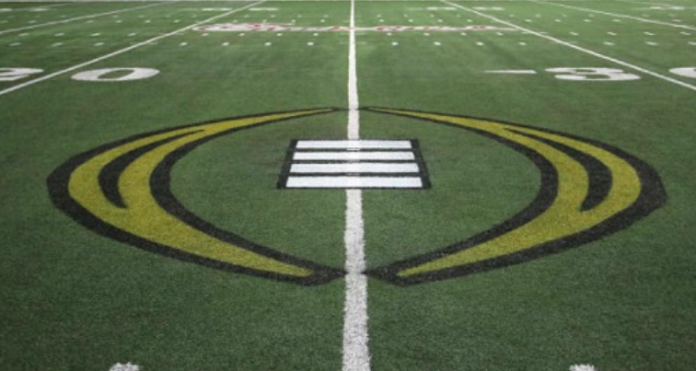 I’m not a Big 12 guy. For years, it’s been a lousy conference in which defense is frowned upon. That being said, the committee has a geographic love affair with teams in the Southeast and brush off teams West of the Mississippi like some old VCR. The fact that Clemson is still ranked ahead of Oklahoma still blows my mind, but that doesn’t surprise me because beating teams like The Citadel and Kansas shouldn’t change anybody’s mind about playoff rankings.

Ultimately, it comes down to groupthink and geographic discrimination. Oklahoma has more quality wins (Oklahoma State, Ohio State, and TCU) vs two quality wins for Clemson, (Auburn and Virginia Tech). Losses, both are bad but forgivable. Kelly Bryant went down for Clemson, and I get that, but Oklahoma was missing six starters against Iowa State, so let’s be consistent, AND Iowa State is a better team than Syracuse, with five wins in conference vs Syracuse only winning a total of two games in conference. I’m not saying Clemson’s chances at the playoff should be shot and I’m not saying Oklahoma can’t lose to TCU, but Oklahoma has just been a better team than Clemson by every logical perspective. Don’t get me wrong, anything can change in two weeks and tides can turn, but for now, lets call it what it is: toxic geographic discrimination.

Look at Mississippi State ranked at 14. This is a joke. Their schedule is a atrocious, they have three losses, and they couldn’t play on the road to save Starkville, Mississippi. In fact, they’re the only team to play against only eight Power 5 teams, and this is your 3-loss golden boy? Get lost with your SEC hero-worship. Enjoy beating up on a bunch of 9-year olds in Karate class, Kramer.

Put simply, the only people who deserve a crotch grab from Baker Mayfield more than the Kansas sideline is the Enlightened 13.

In general, the committee doesn’t know what they’re doing. Last week, after clobbering Notre Dame, Miami was ranked #3 behind Clemson at #2. Why, all of a sudden, is Miami ranked ahead of Clemson? They beat Virginia at home and struggled for much of that game. Seriously, did the enlightened 13 watch that game and say “Welp, they just beat Virginia, now we have to put them ahead of Clemson. The U really sold themselves as a playoff team.” Where have you been? Did you miss the U’s win against Notre Dame? Based on the fact that six of the previous Top 7 teams all beat nursing schools and culinary schools this past week, (Mercer, The Citadel, Kansas, Virginia, LA Monroe, and Kentucky) none of the rankings should have even changed at all. The only quality win last week was Wisconsin over Michigan, but they were at the #5 spot last week and if they win the Big Ten, they’re in the playoff anyway, so it doesn’t matter where you rank them now.

I would love to have a phone call with some member of committee and actually ask them why Miami moved up a spot after beating Virginia. This is like Al Capone getting caught for tax evasion. In all seriousness, this sets up a dangerous precedent for the committee because of their wild inconsistencies. If I can teach a class anything about media in the world of sports, politics and entertainment, it’s that inconsistency is PR suicide, especially when the fate of college football teams is in your hands. Long story short, the committee pulled a PR Plaxico Burress.

In case you all didn’t know, I’m a big American history and conspiracy theory buff. In light of the talks of JFK assassination conspiracies over the past couple of days, I’ve decided to come up with three theories of my own as to why the committee picked up their turnover chains. One: they realized that they made a mistake the week before and this was their opportunity to fix it. It’s like fixing your homework in the middle of class. I did it all the time, so I get it. Two: they thought they HAD to change something in the Top 4 because TV shows on major networks were dedicated to the new CFP rankings on Tuesday night. Three: One of the members of the enlightened 13 went to a pool party in South Beach, in which he was around a bunch of hot twenty-somethings in Miami Hurricanes bikinis, which changed his opinion on Miami football.

Wisconsin’s situation is the simplest. If they beat Ohio State they’re undoubtedly in and if they lose, they’re out. Case closed. Fans of Penn State, Ohio State, Notre Dame, and anybody in the Pac-12 should pray for a New Years Six spot, but the playoff ship has sailed. Yes, I’ve done all the calculations in my head, and it’s not possible. In this year’s College Football Days of Our Lives, Notre Dame, USC, Penn State and Ohio State all fell down an elevator shaft.

The Pac 12 is too weak of a conference to even sniff the playoffs this year. USC will probably win the conference and they couldn’t compete with any top four teams. In fact, USC is the only New Years’ Six team in the Pac-12. Hell, USC couldn’t even compete with Notre Dame, and they’re not even playoff contenders. There are 11 other teams (11 other New Years’ Six teams) that would all win the Pac-12 if they switched places with USC, and four of them aren’t playoff contenders. Congrats on winning the crappiest major conference in college football, USC.

Alabama has the best chance of making the playoffs, like 95%. What is most probable is that Alabama loses on the road in a close game to Auburn and gets into the playoff. The playoff will definitely include the winner of the ACC, Oklahoma (assuming they win the Big 12), Wisconsin if they win-out… AND… the SEC disturbs the peace. You have the winner of the Georgia-Auburn game and one-loss Alabama. What do you do then? If Auburn wins, the committee would have an excuse to leave them out because they lost twice, including a “bad loss” to LSU and Alabama never would’ve gotten a fair chance to play in a neutral site. Think about it, the committee can make the argument that Alabama lost to Auburn, which is better than Auburn losing to LSU, so Alabama gets the nod. In fact, this would be the exact same situation as Penn State-Ohio State last year (the only difference is that this head-head would be the last week of the season). OR, they can do the unthinkable and leave Alabama out of the playoff. I can’t believe I just typed that either.

It would actually be better for Alabama to lose to Auburn and miss the SEC championship than to beat Auburn and lose to Georgia. If they lose to Georgia, there’s a greater chance they blow up their playoff chances because they would have blown their chance in a neutral site. Frankly, the chances of them beating Auburn on the road and then losing to Georgia are the same as hitting the jack-pot. Nick Saban never seems to lose to his former assistants and if they can go on the road to beat Auburn, Nick Saban has super-human capabilities, so beating Georgia on the road should be a cake-walk. I like Kirby Smart, but he can’t take down the Saban Empire.

What’s actually the funniest part about this year’s college football season is that the conference with the greatest number of teams capable of the playoff, (3) and the only conference that has the potential to get two teams in, there’s a solid chance that two of them (Auburn and Georgia) aren’t in control of their own destiny, even Georgia if they win-out. I was just thinking, since the Gus Bus lowered Kirby Smart’s testosterone levels significantly–like, Auburn won so bad it compromised Kirby Smart’s manhood–isn’t it possible for Alabama to get in over Georgia if they lose a close game to Auburn, even if Georgia ends up winning the conference? I mean, style points do matter and Georgia only would’ve made it to the SEC Championship Game because they play on the easy side of the SEC. If this happens, nobody will trust the committee ever again and there will probably be riots in Athens, Georgia–like they’re in Athens, Greece or something. Not saying this will happen nor would I agree with this decision, but based on how the Enlightened 13 put a bullet through their own credibility on Tuesday night, I wouldn’t put it past them. For the record, I would slam $200 on the table at the sports book that Wisconsin doesn’t win-out, so this sort of debacle should be avoided anyway.

What college football fans often gloss over is the fact that conference title games are post-season games and quasi-playoff games. From the perspective of the committee, a conference championship game is like a playoff game and if a team loses to another potential playoff team in a neutral site, it’s as if they already lost their playoff game. It’s like making the playoffs but an early elimination. This isn’t definite, but it can be a deal-breaker to the committee if this is what it comes down to. Think about it, from their perspective, why would they put in two teams that have already played each-other at a neutral site in a post-season game to potentially go head-to-head in another post-season game? This could end up being the toughest decision imaginable for the committee. Although, I don’t think Wisconsin wins-out anyway and this situation gets avoided, this can still be an episode of Days of Our Lives: College Football Playoff Edition.

Here’s another kicker, what if Alabama, Oklahoma, and Clemson all win-out, leaving a one-loss Wisconsin and a one-loss Miami? In this case, I think style points would matter the most for Wisconsin and Miami, but in all likelihood, Miami gets in over Wisconsin because of strength of schedule. This scenario certainly wouldn’t be ideal for the committee because perceived favoritism would be inevitable and it’s bad for college football because it would devalue the conference championship games to a certain extent. Get your popcorn, because this is about to get interesting.