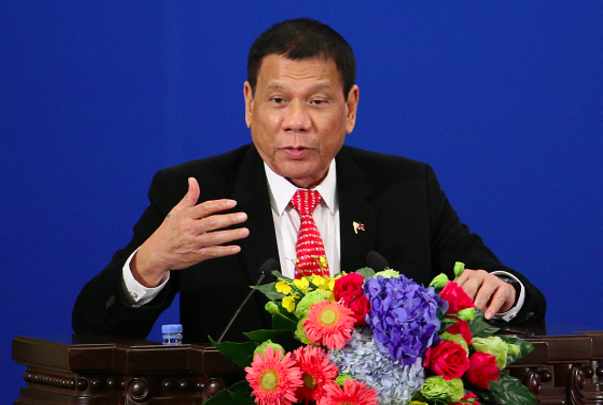 Despite diplomatic efforts engaged by President Obama, his last official visit to the Philippines did not go as planned. Obama decided to cancel his meeting with President Duterte due to the latter’s foul language and harsh remarks. The meeting was supposed to strengthen economic ties, international trade deals, and strengthen partnership in the future for both nations. President Rodrigo Duterte has made clear that he will wipe out all the drug lords and drug dealers from his country. This controversial statement has infuriated Washington in worrisome manners, often infringing on human rights. Since then, Duterte has been raging a war on drugs by killing countless numbers of people who had an affiliation with drug trafficking and smuggling. That war on drugs, in which people that are doing drugs did not matter and their lives are worthless, has shocked many countries.

Despite severe warnings from the United Nations, Human Rights Watch, and other international organizations, Duterte continues his killing rampage on drug dealers with no end in sight. Many non-profit organizations have been alarmed by the perpetual war on drug and how the President has been conducting himself and his operations on drug’s wars. Reuters reports, “Duterte’s remarks will prompt fresh concern in the United States, where the Obama administration has seen Manila as an important ally in its “rebalance” of resources to Asia in the face of a rising China.”(20 October 2016).

In history, it is important to note that the during the Vietnam War (1954-1975), the country of the Philippines was besieged and embroiled in the turmoil and aftermath of the Vietnam War. After the war was over, many unearthed and undetected land mines were left unattended. Over the years, many mines exploded, killing civilians and villagers who inadvertently stepped one of these deadly mines. President Obama, during his official and last visit to the Philippines, wanted to address this thorny issue to Duterte. Obama acknowledges and recognizes that an American team will be dispatched to remove all of these mines and patched up their differences. To President Duterte it was too late and should have been done sooner. The official visit was shortened, and Obama could not address all of his important economic and social points with Duterte formally.

Reuters added, “‘We will maintain relations with the West, but we desire stronger integration with our neighbors,’ said Finance Secretary Carlos Dominguez and Economic Planning Secretary Ernesto Pernia in a joint statement. ‘We share the culture and a better understanding of our region.'” President Duterte announced that he will not cut ties with the West, but will refrain himself from working with the West and stay friendly. it seems that Duterte wants to focuse on creating and forming a better partnership and friendship with China than the West. The dispute over the South China Sea and the ownership and properties of many islands surrounding the Pacific Ocean has been a source of conflict ever since China started building these artificial islands.

The Walt Street Journal reports, “The two leaders brought China and the Philippines ‘back to the right track of dialogue’ and pledged cooperation on trade, infrastructure, security and other areas,’ Chinese Foreign Ministry spokeswoman Hua Chunying told reporters.” In a way, the United States feels that they are drifting away from the Philippines and a striking reversal in foreign policy and international relations between the two nations. Duterte also wants to build solid alliances with Russia and its president, Vladimir Putin. Since the new President Duterte came to power, there have been some drastic changes in foreign policy exchanges between the two presidents. In most instances, the two presidents have not been able to align with their respective policies.

The WSJ also added, “Thursday’s meeting underscored a dramatic reconciliation between China and the Philippines, one that has been building since Mr. Duterte came to power in June.” It is important to understand that Duterte desires to build new economic and foreign alliances with countries that are not necessarily in agreement with the West and especially the United States. The current state of affairs with the civil war in Syria, Russia and the United States have broken off their military ties and diverged on how to proceed in establishing a permanent or semi-permanent ceasefire. From the same report: “‘The U.S. excuse for entering the South China Sea is the potential for conflict between China and the Philippines,’ Mr. Jin said, adding that without such conflict ‘the U.S. has a legitimacy problem.’”

The international waters and maritime laws have been in a state of constant dispute within the periphery of those islands surrounding the South China Sea. The United States fleet has entered these waters for appeasement and close monitoring, but also making the South China Sea dispute more unstable and heightening the Chinese military presence in these built-in artificial islands. What is clear is that Duterte will not come and visit the U.S. anytime soon as the two presidents do not see eye to eye.