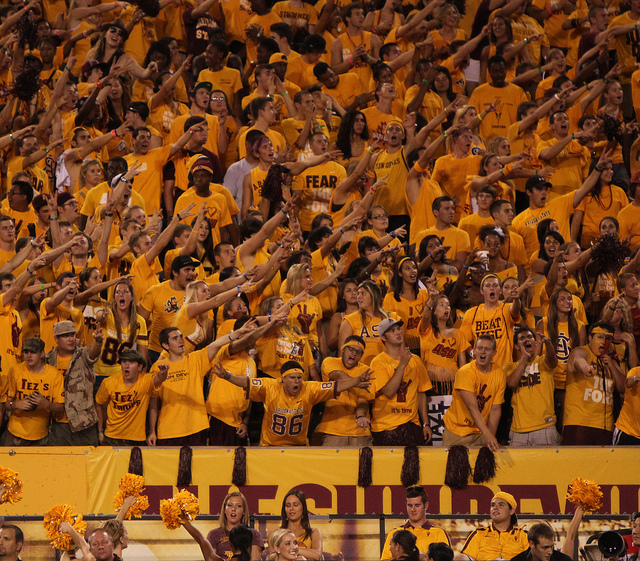 As there is with every bowl season, some little conference teams get blown out. We wouldn’t be doing our job if we didn’t share with you our thoughts of this seasons biggest bowl game losers.

This game was all about one team, the Boise State Broncos. The Broncos bucked the Huskies for 21 points in the first quarter and the rest was history.  Winning by a final score of 55-7, the Broncos contained the NIU offense by outgaining the Huskies by a 654-33 split. It took the Broncos only 58 seconds to the first score. This analyst can say for certain the SAN DIEGO COUNTY CREDIT UNION POINSETTIA BOWL was all but a good game. Good thing this wasn’t the only bowl game.

This game was lopsided in every way. This game got so bad I went to watch a hockey game. The Hawkeyes defense looked like a youth team running on the field. Ferentz team couldn’t hang with Christian McCaffrey. It was the early game-play of the Hawkeyes that sent them packing. After one-quarter Ferentz and his team found themselves in a 0-21 hole. Fast-forward to halftime and it was 0-35. While they nearly matched in first downs, this game showed that Stanford was up for the task and Iowa were phonies. Until Iowa starts to show they can play in big games they won’t win that Rose Bowl.

This game looks a lot more lopsided than it was. The Aztecs ended up on top at 42-7 but they only out-gained the Bearcats by 57 yards. But the Bearcats gave the ball to the Aztecs on three occasions and as history would show, usually the team with less turnovers wins. The Aztecs were led by running back Donnel Pumphrey who found his way into the end-zone once on 99 yards and 1 passing touchdown.

Alabama defense says it all here. Two Conner Cook turnovers put the Spartans in the doghouse. But it was the third quarter that was the difference maker. Alabama scored 21 points and took absolute control over the game from the Spartans. This year, Tide Nation has showed they can play and Derrick Henry showed why is the best player in the nation after he had 20 carries for 75 yards and two touchdowns. The Alabama offense out 440-239. With the 38-0 win, the Tide punched their Monday ticket on January 11 with the Clemson Tigers.

It wasn’t the day to be a Gator. Jim Harbaugh’s Wolverines looked flawless as they knocked off Florida 41-7. Michigan quarterback Jake Rudock lead the charge behind is 278 passing yards and 3 touchdown strikes. This game came down to the stats and execution and the Wolverines had it. The Wolverines converted twice as many first downs, nearly twice as many yards with 503, and nearly doubled in the ground game. The Harbaugh run Wolverines showed they could play vs another big time school and now we have to ask what comes next year in Ann Arbor.

It shaped up to be a successful bowl season and with games left to play there’s no telling who will make our next list of the top five individual performance in this year’s bowl games. But if you have opinions then comment and send them in.