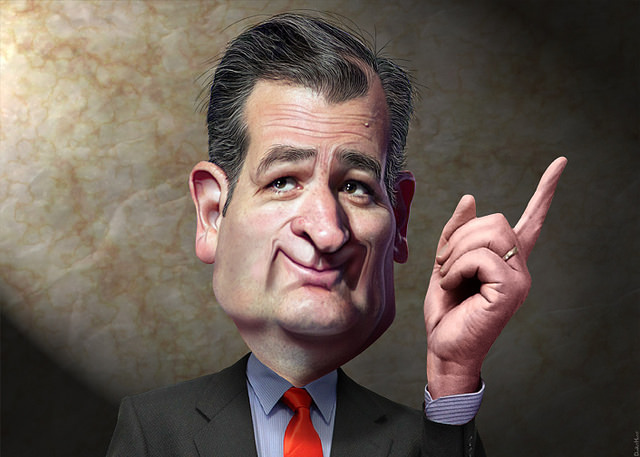 Ted Cruz announced his bid for the 2016 nomination for president. The born in Canada and reinvented hard right Christian representing Texas will definitely be a first for his party. However, we all know the real reason why we are here is for the campaign slogans. Here’s my favorite Ted Cruz campaign slogans.

#TedCruzCampaignSlogans Sign up for my newsletter & receive a tin foil hat as a thank you gift.

Why settle for oblivious when you can have dangerously unhinged? #TedCruzCampaignSlogans

“We’re not doomed to repeat history, because I’ll get rid of that in schools right after science.” #TedCruzCampaignSlogans

Immigration: Worked For me, But That’s Where It Needs To End #TedCruzCampaignSlogans

#TedCruzCampaignSlogans “I promise to get rid of ALL insurance for kids! That’s what Jesus would do!” #UniteBlue pic.twitter.com/b1Kt70xuBY

I’ve renounced my Cuban heritage, my Canadian citizenship and my sanity. Ted Cruz is a man of flexible values! #TedCruzCampaignSlogans

“Vote for me, because no one should infringe on your right to infringe on someone else’s rights.” #TedCruzCampaignSlogans

While we can’t predict what Ted Cruz’s campaign slogan will be or whether he will make it past the primaries, we do know it will be a very interesting ride. I look forward to the next year and all the Ted Cruz jokes. If I can leave with one last Ted Cruz campaign slogan: